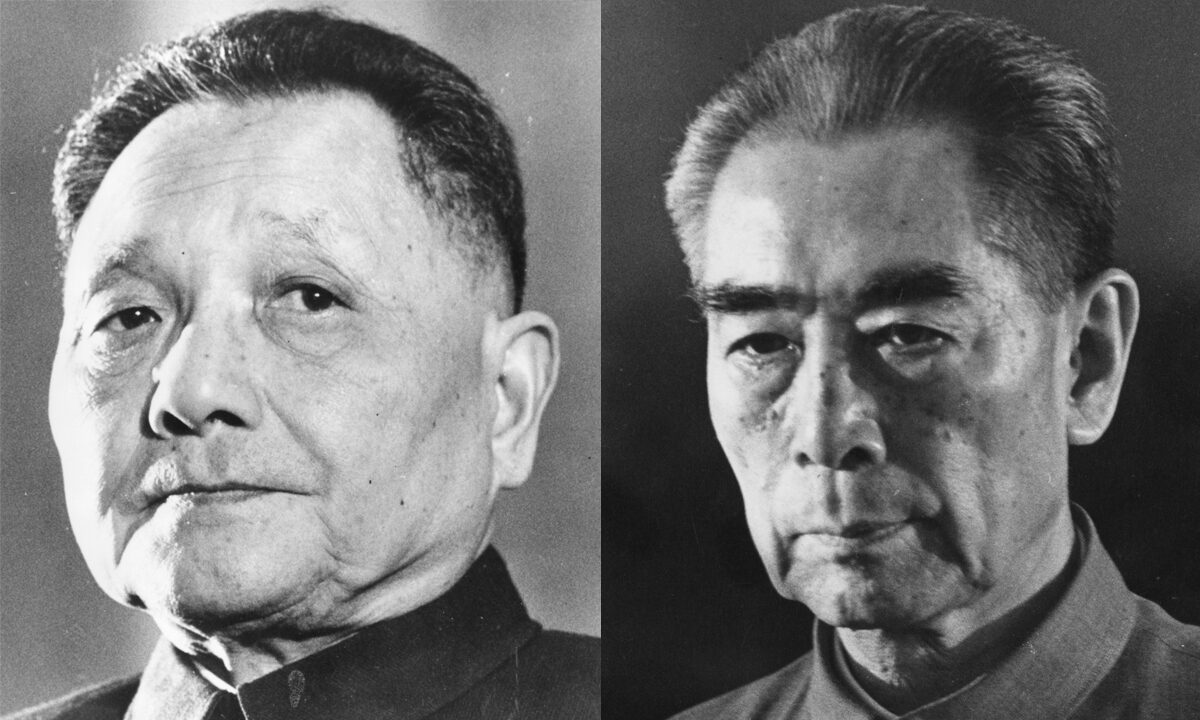 Deng’s Four Cardinal Principles, however, fundamentally conflicted with his “reform and opening up policies.” Deng knew liberalized economics might spur demands for liberalized politics, which could undermine the dictatorship.

Reform and opening promoted Chinese access to global markets and sought foreign investment. The policies worked. By creating a marketlike economy within the CCP socialist state, they paid for modernization.

The 1989 Tiananmen Square massacre revealed the friction between dictatorial control and even marketlike economics. The massacre still haunts the CCP.

By 1995, Beijing could ramp up military modernization. By 2010, Beijing had the money and weapons to flex muscles, globally and with confidence.

Yes, it stinks of ethnocentrism, which could be a euphemism for racism. Here’s an example. Human rights activists and crusading reporters have a tough time getting into the Xinjiang province’s Turkic Uighur areas. Though officially designated the Xinjiang Uighur Autonomous Region, the region has little autonomy.

In fact, Beijing is pursuing a “Sinicization policy,” a euphemism for settling ethnic Han in Xinjiang.

In July 2009, riots pitting ethnic Han against Uighurs erupted in Xinjiang, leaving some 200 dead and a thousand injured.

An estimated 300 million non-Han human beings live in mainland China. Since the CCP’s political interests cleanse troubling statistics, the figure could be higher.

Despite lurking domestic discontent, or perhaps because of it, Xi promises global authoritarian glory that he links to a golden age revival tale. Xi boasts China will return to great power status before 2049. By great power, Xi means an unrivaled world power, which his ethnic Han-centered reading of history assumes the Middle Kingdom enjoyed during its imperial golden age. It is no coincidence 2049 will mark 100 years of CCP dictatorial rule.

The COVID-19/Wuhan virus pandemic threatens the planet. It threatens the CCP economically and politically. The pandemic accelerates decoupling, as the U.S. severs Chinese logistics chains. Reduced profits in the American market could cripple Beijing’s long-range economic plans and stall its military buildup.

With global glory at stake, the CCP responds to the pandemic’s political threat by blame shifting on a global scale.

The CCP lies with a confident face. First Beijing denied the virus existed. Then it masked the disease’s severity. Now the CCP rehashes Cold War communist agitprop and blames the U.S. Army for the pandemic.

The Four Confidences are really about narrative control, globally when Xi can get away with it but first and foremost within China. Fully accepting blame risks losing face in an Asian “face culture,” which could undermine “confidence” in the path, political system, guiding theories, the CCP neo-culture and, yes, Xi himself.

Austin Bay is a colonel (ret.) in the U.S. Army Reserve, author, syndicated columnist, and a teacher in strategy and strategic theory at the University of Texas. His latest book is “Cocktails from Hell: Five Wars Shaping the 21st Century.”

Hawaii Tourism Authority Will Pay Visitors to Leave Amid Pandemic

Rutgers Professor Brittney Cooper: 'F*ck Each and Every Trump Supporter'

Report: The Lakers, Net Worth $4.4 Billion, Were the Only NBA Team to Apply for PPP Loan

Thank God We Can Take On So Much Debt