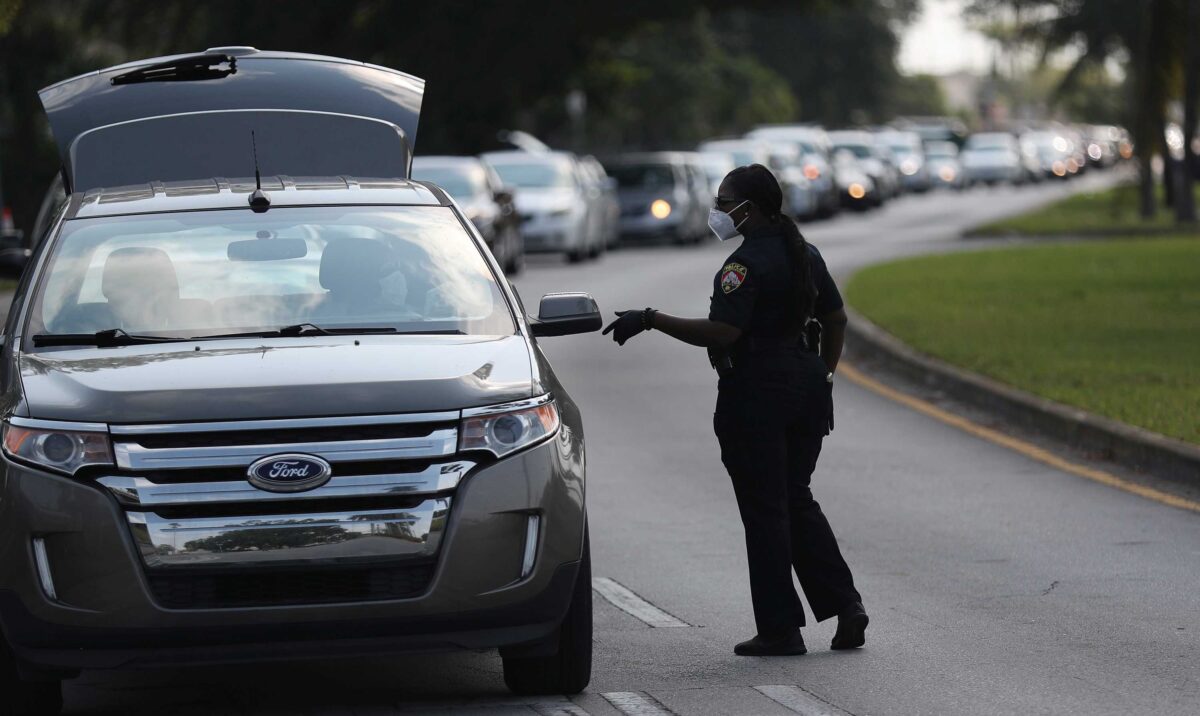 To hear advocates for the “Green New Deal” and other anti-automobile schemes, we must soon relegate our sedans and SUVs to the junk heap and all crowd onto mass transit.

Imagine the horror among radical environmentalists when they saw Gov. Andrew Cuomo arriving at a health center in Niskayuna, New York, northwest of Albany. The governor was reportedly driving himself in that quintessential muscle-car—a 1968 Pontiac GTO.

There were rock and roll songs dedicated to the coveted GTO in the 1960s (“… listen to her whi-yi-ine …”). The only recent gubernatorial image more shocking was “progressive” Virginia Gov. Ralph Northam’s med-school yearbook page with a photo showing a person in full Klansman regalia.

New York City Council Speaker Corey Johnson may be a good fellow, but he uttered one of the most boneheaded sentences of the past few years when he declared, “We need to break the car culture in New York City.”

Even before the CCP virus pandemic, New York has had a political culture openly hostile to the automobile, and a mass transit system far larger than any other in North America.

In 2019, Mayor Bill de Blasio and Speaker Johnson’s council approved new plans to harass automobile drivers while encouraging bicycle riders and mass transit users, starting in 2021. These include 150 new miles of bus lanes and 250 miles of protected bike lanes (leading, of course, to more traffic congestion). So-called “congestion pricing” vehicle tolls that are yet to be quantified were also approved as part of the state budget.

For all these big-taxing, high-tolling, wild spending plans, you’d think that lots of New York commuters have left the subways and piled into their favorite gas-guzzlers. But no, according to the City Planning Commission, between 2000 and 2017, there were 29,000 fewer intra-NYC car commuters, and 25,000 fewer from the suburbs. That, with a growing population within the five boroughs.

Speaker Johnson should leave his lower Manhattan digs when it’s safe and speak with real people in the “outer” boroughs. About 1.9 million people work in Manhattan, but a comparable 1.8 million toil in the other four boroughs. In the latter, 39 percent of workers commute by car, versus 26 percent by subway and 13 percent by bus. An awful lot of New Yorkers still rely on their cars to get to work and to other important appointments.

But now it’s April 2020, and the world is grappling with a viral pandemic, with our beloved city at its epicenter. We know that mass transit, elevators, and other facets of urban life have contributed to the spread of the CCP virus, commonly known as the coronavirus.

Isn’t it time for the mayor and Speaker Johnson to re-think bashing that “car culture” they’ve disdained for years now?

With a half-million city residents finding themselves suddenly unemployed, the de Blasio administration is offering free meals to everyone in need. An admirable goal, but how to deliver it? Via the A train and a connecting bus?

No, suddenly, our city leaders have tapped 11,000 drivers with TLC certification to pick up and deliver meals for the newly needy across the city.

In my neighborhood, church volunteers have delivered healthy meals in private cars to the homebound elderly for years, completely apart from government-funded programs. The 17,000 meals delivered to homebound elderly each day during my years as commissioner at the Department for the Aging have just increased dramatically.

That’s because the hundreds of active senior centers are closed to regular lunch participants, forcing many thousands of otherwise mobile elderly into their homes, with most suddenly dependent on home delivery for meals. To meet this unexpected huge need, New York is relying on large trucks, private cars, vans, and “hot shot” food trucks to get meals to needy seniors and new people of all ages experiencing sudden food insecurity.

In the same news conference where the mayor announced his new meals programs across the city, he added that we need to “get people out of their cars” to offset climate change. Does he think that hundreds of thousands of meals are being delivered by subway or bicycle?

As the numbers of CCP virus victims were multiplying across New York, the governor, mayor, and appointed health officials began pleading for health-care professionals to come forward. The appeal was directed at retired nurses and health workers in the suburbs and other states.

To encourage these angels of mercy, the city issued 13,200 temporary parking placards to allow the nurses and their colleagues to drive to the hospitals where they now serve. Here again, it’s the automobile that enabled these professionals to get to the hospitals that needed them.

Predictably, NYC’s “welcome” to the nurses was not entirely warm and fuzzy. Mary Murphy of WPIX-TV reported that medical volunteers have been repeatedly ticketed by parking agents, even multiple times for the same “offense.”

Earlier in April, an MIT professor’s op-ed and four moderate city councilmen were recommending that the entire subway system be shut down to stem the virus. Might it take that to persuade anti-car “progressives” to appreciate the value of motor vehicles?

Of course, a functioning mass transit system is an absolute must for the growing NYC metropolis. Especially for commuters entering Manhattan, the subways, buses, and railroads are the lifeblood for this most vibrant urban economy in the world.

But the CCP virus pandemic demonstrates that private cars, trucks, and vans are as important as ever.

New York City can have a “mass transit culture” in co-existence with its invaluable motor vehicle “culture.” This town is big enough for both.

Herbert W. Stupp is the editor of Gipperten.com and served in the presidential administrations of Ronald Reagan and George H.W. Bush. Stupp was also a commissioner in the cabinet of NYC Mayor Rudy Giuliani. Early in his career, he won an Emmy award for television editorials.

Diplomacy is another victim of the virus

Pinkerton – Josh Hawley Is Right: The World Must Know the Truth About the Origins of the Coronavirus

849 Indians in Kuwait Infected By Coronavirus

An Earth Day like no other, in photos: Animals take over during coronavirus lockdown

China Predicts Box Office Will Plummet By $4.2 Billion Due to Cinema Closures

How Far Will the U.S. Economy Plunge During Lockdown?