This is expected to be another “outbreak year” for a rare but serious neurologic condition.

Because spikes in confirmed cases of acute flaccid myelitis, or AFM, have occurred in the United States every two years since 2014. 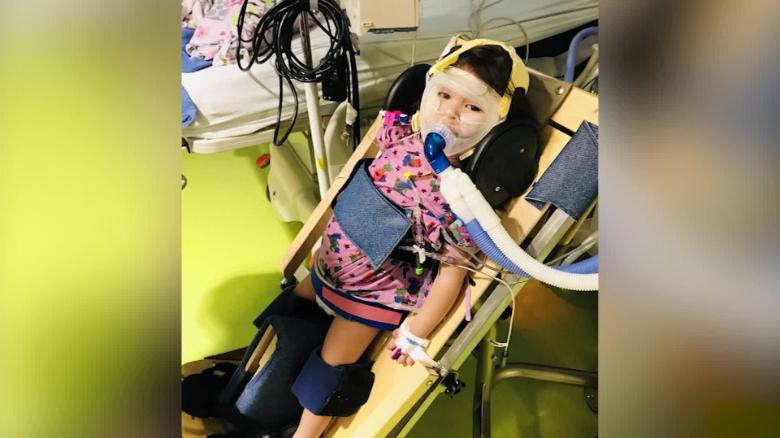 An outbreak is expected this year because spikes in confirmed cases have occurred in the United States every two years since 2014, agency officials said.

In a Vital Signs report released Tuesday, the CDC noted that 90% of the 238 cases of AFM diagnosed in 2018 – the most recent and largest outbreak of the disease in U.S. history – involved children around 5 years old.

There is no cure for AFM, and the disease can progress rapidly over the course of hours or days, leading to permanent paralysis and life-threatening respiratory failure in previously healthy patients.

The disease can be diagnosed using laboratory tests and an MRI of the brain and spinal cord.

An outbreak could be particularly challenging this year, given the number of people with severe Corona infections who require intensive care unit treatment and ventilator support.

In 2018, more than half of those diagnosed with AFM were admitted to hospital intensive care units, and one in four of those patients required a ventilator to breathe

ICU beds and ventilator supplies already are stretched thin in many parts of the country due to a spike in new coronavirus cases.

“All clinicians should remain vigilant for AFM and promptly evaluate patients,” Clark said.

“During the COVID-19 pandemic, this may require adjusting practices to perform clinical evaluations of patients by phone or telemedicine. However, clinicians should not delay hospitalizing patients when they suspect AFM.“

Already a death and 16 confirmed cases

AFM has been described as “polio-like,” but patients generally test negative for the poliovirus, for which there is a vaccine. The disease has been linked with multiple enteroviruses and, like most viral infections, it is believed to spread via exposure to respiratory droplets from infected people

The majority of patients in 2018 reported having a fever or respiratory illness – somewhat similar to COVID-19’s symptoms – about six days before experiencing limb weakness.

As of July 31, 16 confirmed cases were confirmed nationally this year, with another 38 suspected cases. One person died.

The CDC’s review of the 2018 outbreak Tuesday revealed that 98% of patients with confirmed cases were hospitalized – and 54% of patients were admitted to an ICU.

94% of the confirmed cases of AFM were in children and 86% first saw symptoms between August and November 2018. Agency officials said the public should be particularly aware of the virus during these months.

It is not known how COVID-19 and related social distancing measures could affect circulation of the viruses that cause AFM, or if COVID-19 will impact the health care system’s ability to promptly recognize and respond to AFM.

“As we head into these critical next months, CDC is taking necessary steps to help clinicians better recognize signs and symptoms of AFM in children,” CDC Director said in a statement.

“Recognition and early diagnosis are critical. CDC and public health partners have strengthened early disease detection systems, a vital step toward rapid treatment and rehabilitation for children with AFM,” he said.

One dead after report of fire in Grey Lynn, Auckland

‘This is so much fun’: Mickelson sees game coming together in Memphis

Trump casts doubt on Ginsburg statement, wonders if it was written by Schiff, Pelosi or Schumer

Is The Inbetweeners next? Mystery as hugely popular sitcom takes down all episodes from its YouTube

Guess What MegaPHONY? We’re All Laughing At You

Deepfakes Are Going To Wreak Havoc On Society. We Are Not Prepared.

TURNER VENTS: It’s time to round up the Marxists, Communists and Socialists “and SHOOT them all”

WATCH: Martha presses Jeff Flake on backing Biden while claiming to be conservative