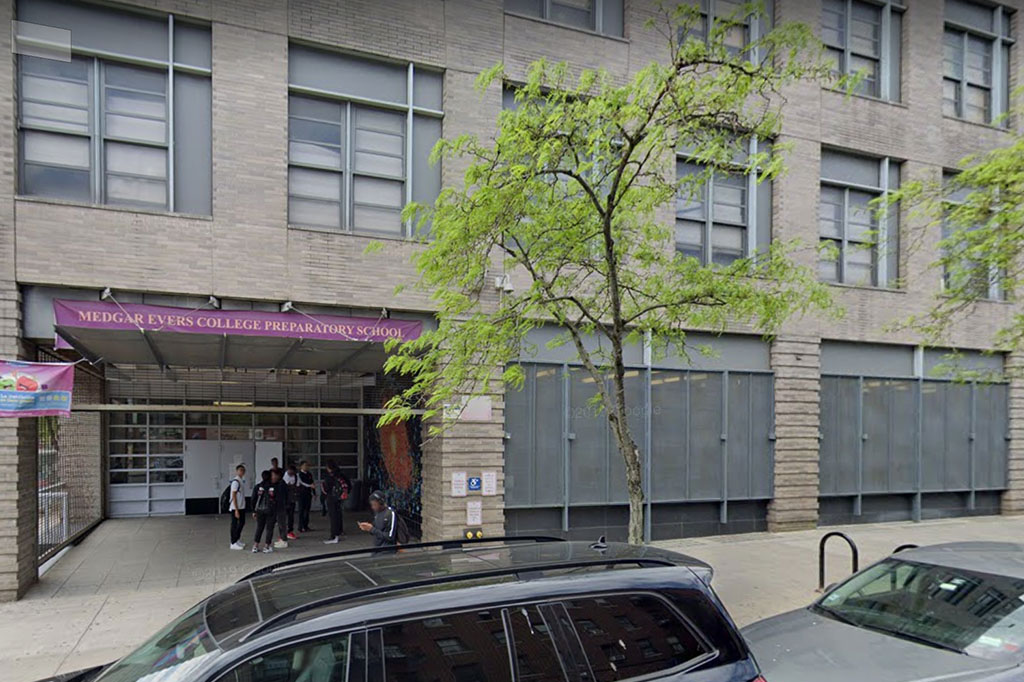 A Brooklyn teacher invoked the Fifth Amendment against self-incrimination when asked by city school investigators about his relationship with a female student, records show.

David Lado, who taught physics at Medgar Evers Preparatory School in Crown Heights, engaged in an “inappropriate relationship” with a female student, the Special Commissioner of Investigation for city schools alleges.

The SCI began a probe after a school official reported receiving an anonymous complaint in an email on June 23, 2019, that Lado, 29, “was engaged in sexual activities” with a student.

In the presence of her father, the girl denied having a sexual relationship with Lado, saying she spoke with him only during school hours.

The girl also claimed her younger sister, who was mentioned in the anonymous email, denied telling anyone about the allegation. But the father would not let investigators question the sister, the report says.

SCI subpoenaed Google to determine who sent the anonymous email. The records show the account was opened on June 23, the date of the anonymous message. “Possibly for the sole purpose of sending the email,” the report stated. The person who opened the account did not provide a name or address.

SCI subpoenaed phone records showing that Lado and the girl were in phone contact 129 times. Lado placed 38 calls to her, she called him 88 times, and three text messages were exchanged. The calls were between May 1 and July 1 in 2019, continuing amid the investigation.

Through his lawyer, Lado declined to be interviewed by SCI, invoking the Fifth Amendment privilege against self-incrimination, the SCI states.

The SCI sent Chancellor Richard Carranza its findings on July 9 — eight days after the Department of Education fired Lado for letting his state teaching license expire.

Because Lado was already terminated, the DOE could not file misconduct charges against him, a DOE spokeswoman said.

But Lado, who had taught at Medgar Evers since September 2015, is ineligible to work for city schools again, officials said.

According to his LinkedIn page, Lado is currently an MBA candidate at the Zicklin School of Business at Baruch College. He could not be reached for comment.

COVID Has Already Shut Down Some Churches, Don't Let it Cancel Christmas, Too

How to Use Mindfulness to Unwind Anxiety (With a Free Meditation)

Hannity: It’s time for Christopher Wray to get the FBI in order

Trump: Biden Will 'Destroy the Oil Industry'; Sen. Graham: 'That Will Make Everybody in the Mideast Very Happy'

Letting Go of Wrath and Anger

Woman, 27, with heart condition collapsed and died at garden party

Lara Trump: 'He was having fun'…

Author Fay Weldon has walked out on her third husband, Nick Fox