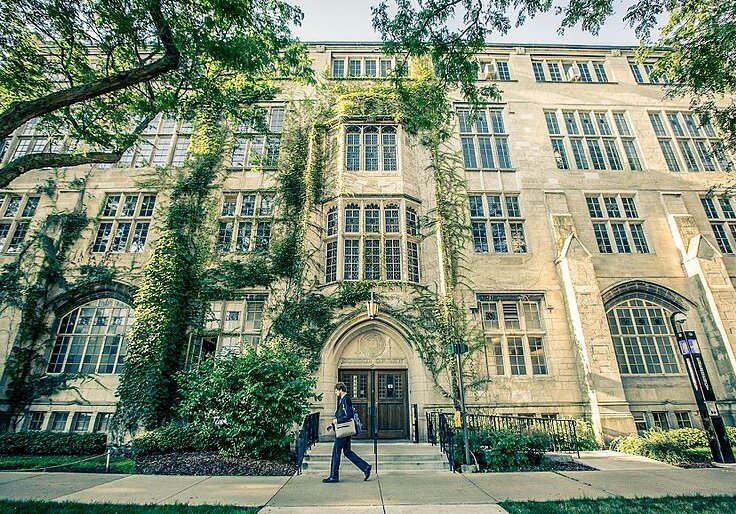 In an email obtained exclusively by the Free Beacon, interim dean James Speta said that “certain corners of the Internet” have “mischaracterized” an online diversity training in which administrators confessed their own racism and said that faculty and staff should not have discussed the incident with reporters.

“Although I am not naive about technology and the privacy challenges presented in larger group and virtual events, I consider the circulation of a screenshot from the community conversation, particularly without accurate context, to be a breach of trust,” Speta said. “We had hoped not to dignify these mischaracterizations with a response.”

Speta also said the reports had harmful effects on both individual members of the law school community and the community as a whole but maintained that the training was justified.

“While the breach of trust and mischaracterization on the Internet might seek to exploit our community’s important and impactful event, they have instead brought attention to our meaningful commitment to address racial injustice,” Speta’s email reads. “I stand by what we are doing.”

Following the Free Beacon‘s report, Speta refused to release the recording of the virtual event to the law school community. A Northwestern insider—who spoke to the Free Beacon on the condition of anonymity—said that the school normally records events for those who cannot attend, especially since the start of the pandemic. The same insider also said that the number of administrators and faculty members who “admitted” to racism was higher than reported but that those with proof are too fearful to share any information with the press.

During the online diversity seminar, at least three administrators called themselves racists, with one referring to herself as a “gatekeeper of white supremacy.” A viral screenshot of the event angered both current students and alumni, who said the school was capitulating to a handful of activists.

Northwestern University did not respond to requests for comment.

This Week In Campus Insanity Vol. 10

WATCH: Journos at DNC Bail on Opportunity to Grill Joe Biden, Rush to Watch Fireworks Instead