We now have two polls that show the fake media’s current gaslighting campaign is not working. As of today, Rasmussen Reports shows President Donald Trump’s approval rating stands at a healthy 46 percent, and Rasmussen is one of the few pollsters out there anyone can trust anymore.

On top of that, Frank Luntz has a poll out that shows two-thirds (65 percent) of Republicans are prepared to vote for Trump in a 2024 GOP primary, whereas only 35 percent said they would vote for a different Republican.

Up against a Democrat, 91 percent of Trump voters still say they would vote for Trump in a general election campaign against President-elect Joe Biden.

These numbers are only shocking if you have made the mistake of watching CNNLOL, or reading the far-left New York Times and Washington Post. According to those propaganda outlets, these numbers are near impossible. After all, Trump is a traitor who engineered an attack on the U.S. Capitol to overturn a free and fair presidential election.

Well, what these polls actually prove is that no one is listening to any of the establishment media’s garbage anymore. I mean other than the fools who always listen to it.

Additionally, despite the fake media attempting to twist reasonable questions about election integrity and 2020 irregularities into “treason” and “insurrection,” 73 percent for Trump voters (we’re talking about some 45 to 55 million people here) still believe the 2020 election was “rigged and [the system] needs to be fundamentally changed.”

So here you have it… More proof that all the media can do anymore is whip up its left-wing base. The rest of us are not stupid and are not listening.

Fifteen years ago, the media could have driven Trump’s approval numbers down into the 20s or 30s. Today, the media are so feckless and powerless, and have lost so much moral authority, virtually nothing has changed in public perception of the president.

Both of these polls are very heartening in that respect, and those of us who live online and on social media need to keep our perspective and remember what these polls mean: that the public is not dumb, that they do see through the media liars, and our job should be to inform people, not to continue to complain about media bias.

As these polls prove, the public already knows the corporate media are all liars and frauds. Beating the dead bias horse is a waste of our effort ant time. Lets’ focus on getting the word out, the truth out, and ignore these media trolls.

Kinzinger: ‘Was Not a Hard Decision’ to Impeach, We Didn’t Need to Look for Evidence, ‘It Was Brought Right to Us’

Nolte: How Woke Killed the Golden Age of Television 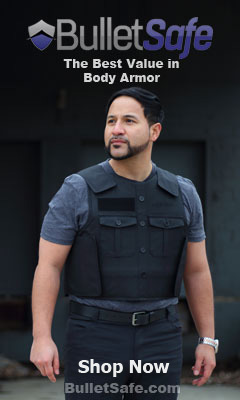