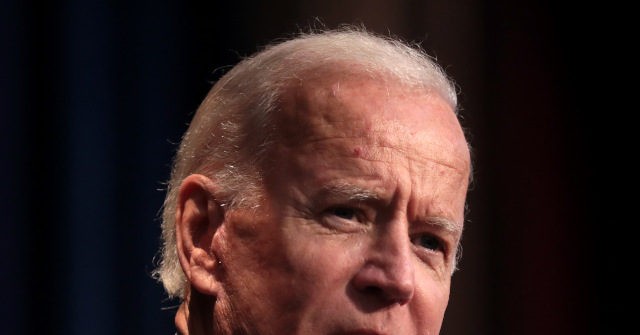 Primarily because I incorrectly believed her story had changed over the course of a year, had moved from unwanted touching to a flat-out sexual assault, I at first had trouble believing Tara Reade’s claim she was sexually assaulted by presumptive Democrat nominee Joe Biden in 1993.

When Reade originally came forward in April of 2019, she joined about a half-dozen women who have credibly accused Biden of unwanted touching. And I say “credibly” because Biden has serially committed acts of unwanted touching in public. We have countless videos of Biden making women and children uncomfortable with inappropriate hair-sniffing, nuzzling, kissing, and getting handsy.

Now, however, Reade tells a much more lurid and disturbing story of being sexually assaulted by Biden. While working for the then-Delaware Senator while in her mid-20s, she says he cornered her in a hallway, thrust his hands up her skirt, penetrated her vagina, and when she objected, he said something to the effect of, “Come on, I heard you like me.”

Reade further alleges that after she complained, there was retaliation. She lost her job.

The allegation Reade changed her story is false. She still claims Biden engaged in unwanted touching but that this was separate from the assault. She also says there’s a paper trail backing up this claim. She filed a complaint against Biden over the unwanted touching — something I will address below.

Rich McHugh, one of the investigative reporters who worked with Ronan Farrow to break the Harvey Weinstein story and who says he finds Reade’s allegation “credible,” also says he has seen this before:

“A number of [Weinstein’s victims] didn’t come out with their full story to us at the time,” he states. “For obvious reasons they are wrestling with whether they trust you as a reporter, whether they want to go out with the full horrific story that’s going to be Google-able for the rest of their life.” He asserts many survivors have told him they did not tell their “full story at the time because they didn’t feel comfortable” and that he does not see this as an issue.

And again, Reade did not change her story, she simply added more details.

Reade did support Bernie Sanders during the primary, but why would she risk a second Donald Trump term by continuing to push the issue now that Bernie’s dropped out?

This might sound simplistic, but it’s important to remember how apeshit Democrats and the media (but I repeat myself) went over Christine Blasey Ford’s now-debunked allegations against Brett Kavanaugh when she could not even establish she ever knew Kavanaugh.

So, yes, in this climate, it is worth noting that Reade knew and worked for Biden during the time in question.

Reade told her brother about the alleged sexual assault at the time it happened. McHugh has talked to Reade’s brother and says the details of their stories are the same.

Reade told a friend about the alleged sexual assault at the time it happened. McHugh has talked to Reade’s friend and says the details of their stories are the same.

Reade told a friend about the alleged assault about 15 years after it happened, so sometime around 2008. McHugh has talked to this woman and this woman confirms Reade told her a “horrific” story about Biden.

McHugh spoke with an intern who worked under Reade in Biden’s Senate office at the time. The intern knew nothing about the alleged assault, but McHugh says, “she said … in mid-April of 1993, Tara was abruptly no longer her supervisor. So the timing matches exactly with what Tara was saying.”

And what Reade is saying is that she was fired for filing a complaint.

Unlike Blasey Ford, who hid behind her lawyers and little girl voice, Reade is inviting scrutiny, has asked investigative reporters like McHugh to dig into the details of her allegation.

Liars never invite scrutiny. They dodge it and look for excuses to avoid it.

Since Reade invited this scrutiny, details have only bolstered her claim, not contradicted it. Most notably…

Reade has been telling interviewers she told her mother, Jeanette Altimus, at the time about the alleged assault. Unfortunately, Altimus passed in 2016, so there is no way to verify this… Except there is…

Reade’s been telling journalists that sometime in 1993 her mother called into CNN’s Larry King Live asking for advice about her daughter’s problems with a “prominent senator.”

That video clip has now been found, and is a crucial and damning piece of evidence in support of Reade’s allegation.

According to McHugh, if Reade did indeed file a sexual harassment complaint, it would be among Biden’s senate papers, which are currently held at the University of Delaware. The university, however, told McHugh it will not allow anyone access to those papers until two years after Biden retires from public office.

Look at the difference between Kavanaugh and Biden…

Kavanaugh could not wait to defend himself in public, to put forth all the documentation asked for, to do whatever he could to invite whatever scrutiny was required to prove his innocence.

Biden, on the other hand, is in hiding. He has not even said a word about the allegation (it helps that in a series of interviews with friendly fake reporters like Jake Tapper, Anderson Cooper, and George Stephanopoulos, he wasn’t asked).

Further, Biden is not asking the University of Delaware to throw open his senate papers while begging reporters to dig through them knowing this will prove no one filed a sexual harassment complaint against him.

Biden is acting like a guilty man. The guilty have everything to hide.

Within a few weeks, on top of countless hours of broadcast time, CNN published nearly 700 stories in support of Blasey Ford’s ridiculous lies.

As of this writing, CNN has published only two stories about Reade, both of them favorable to Biden.

No one in the media have dared ask Biden about the allegation, and when the media do bring it up, they try to write Reade off as a crank, as an unstable Putin supporter (an allegation McHugh says is false).

Those of us of a certain age remember all too well that this is exactly what the media did to Bill Clinton’s victims. Paula Jones was smeared as trailer trash. Monica Lewinsky was defamed as a crazed stalker. Kathleen Willey was slandered as an unstable gold digger. Juanita Broaddrick was swept under the rug. And just like today’s so-called #MeToo activists, just like Alyssa Milano and Hilary Rosen today (both have endorsed and stand by Biden), Clinton-era feminists gleefully joined this appalling jihad.

If the media believed they could debunk and discard Reade’s allegation with facts, they would be all over this story. They know they can’t, so they are treating it like its radioactive — because it is.

Biden’s sense of entitlement when it comes to inappropriately touching women and CHILDREN, is well-established. If he behaves this way in public, imagine his behavior in private.

Last month, Reade filed a formal criminal complaint against Biden, and one of the penalties for filing a false complaint is prison.

So while Reade is inviting investigative reporters to dig into and possibly debunk her allegation, she is also risking prison if that debunking occurs.

Additional evidence could certainly change my mind. But right now the only people who do not want this investigated are Joe Biden and his media allies.

Trump: Biden Allegations ‘Could Be False,’ Former VP Should Respond

EXCLUSIVE: Trump Drops the Hammer on Fauci After Disturbing White House Briefings on Doctor’s Past

Where is the kit to protect NHS workers? – podcast