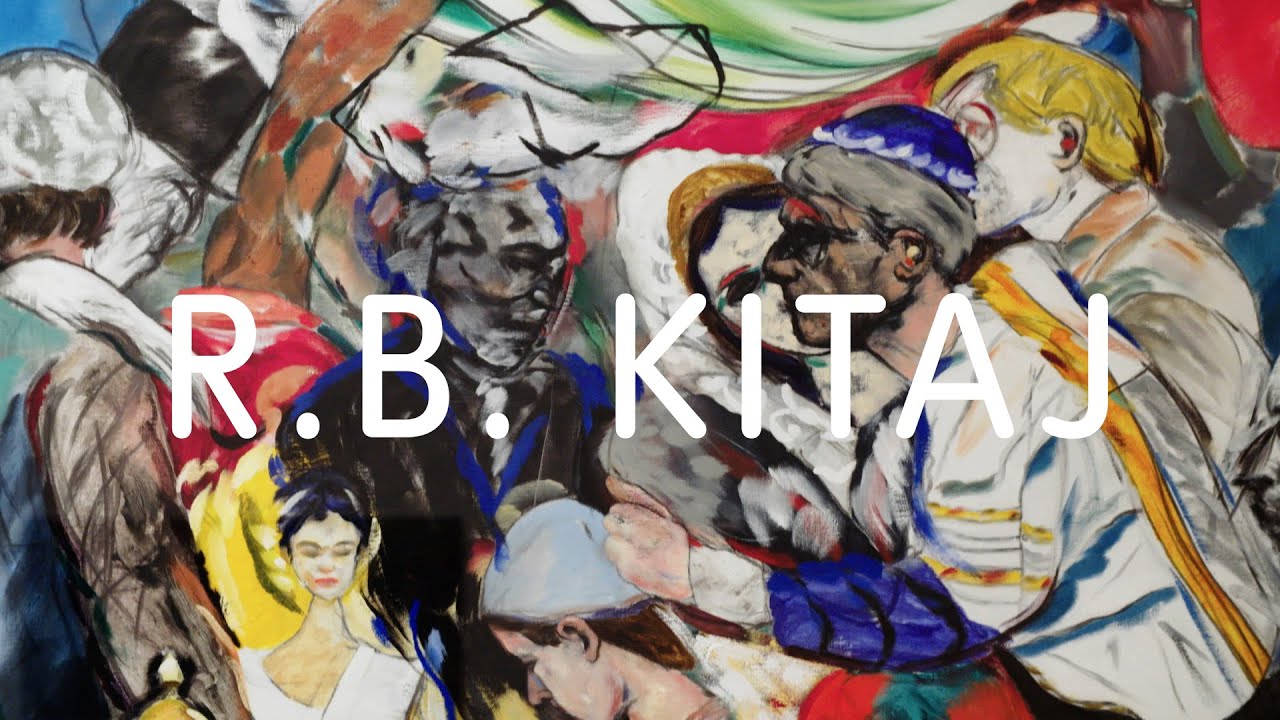 This painting depicts the wedding of Kitaj and the American artist Sandra Fisher (1947-94) which took place in 1983, some six years before this painting was begun.

The artwork features depictions of several important figures of the British artworld including Lucien Freud, Frank Auerbach and David Hockney.

Kitaj said of the work:
I worked on the painting for years and never learned how to finish it even though painter friends, including most of those in the picture, gave me good advice about it which I took up and changed things all the time. In the end, instead of finishing it, I finished with it and gave it away to a deserving old friend.

Kitaj has described Picasso’s Les Demoiselles d’Avignon as ‘the most important influence’ on this picture, ‘not a source but a hovering presence’. The Wedding brings together several crucial themes in Kitaj’s art and thought, including his increasing awareness of his identity as a Jew.

This is a short video introduction to a work on display at Tate Modern. For more information about the artist visit: https://www.tate.org.uk/art/artists/r-b-kitaj-1416