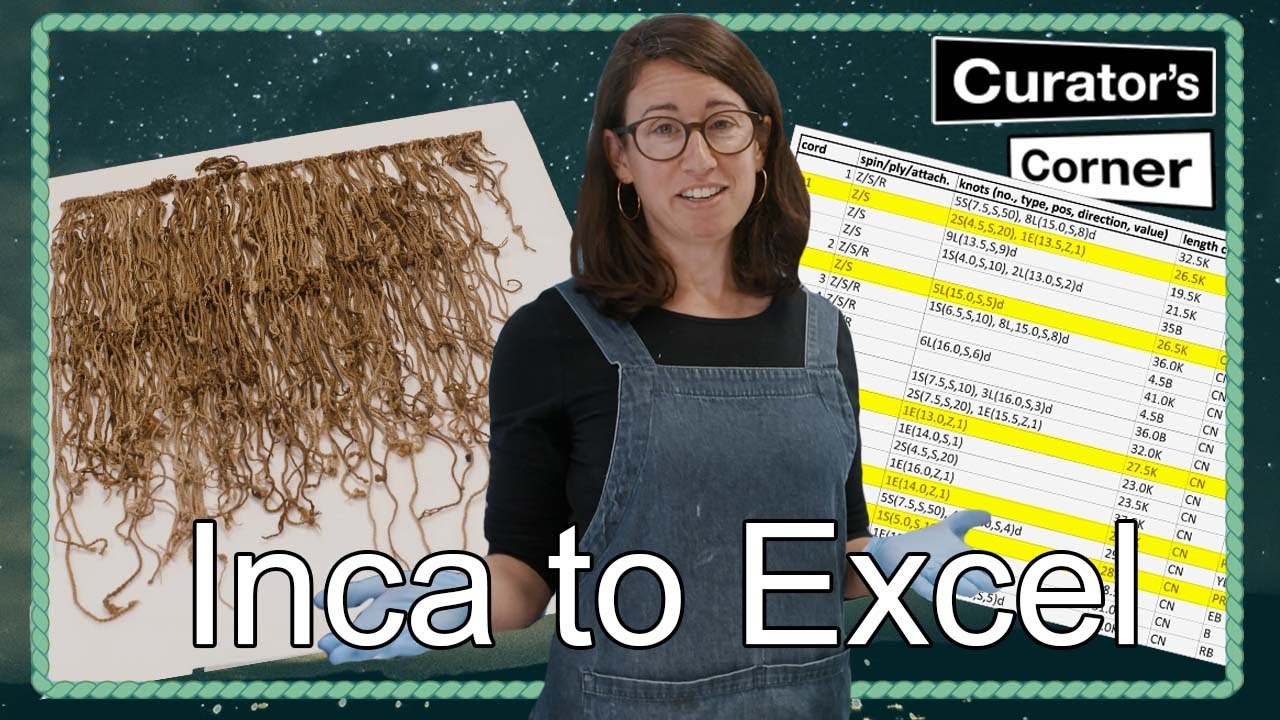 Have you ever tried putting a series of very specific knots into an Excel spreadsheet? Conservator Nicole Rode hadn’t, up until she was asked to do some conservation work on a khipu in the British Museum Collection. This is the story of Nicole’s unusual conservation project, and how it became her favourite object in the British Museum. This episode is a follow on from the last episode of Curator’s Corner, which you can watch here: https://youtu.be/HrfKOQKyffE

The khipu is an ingenious alternative device to a counting system, first introduced by the Wari and developed by the Inca. It was made up of a series of coloured, twisted and knotted cords that stored information, like the number of people in a community or the amount of food harvested. Honestly, the verdict is still out on exactly how these were used, but we do know from Spanish chronicles that they were also used to record histories, poems and even songs.

To find out more about khipus and many of Peru’s greatest cultures check out our latest exhibition:

‘Peru: a journey in time’ is on display until 20 February 2022.
Tickets are selling fast – book yours now: http://ow.ly/XpUG30rZ9Qf
Supported by PROMPERÚ
Organised with the Museo de Arte de Lima, Peru