Video footage, released by Prude’s family, showed officers using a mesh hood and pinning the 41-year-old black man to the pavement during the March arrest.

The footage has raised questions of a possible cover-up and turned Rochester into the latest flashpoint in a summer of protests over racial injustice and policing, first sparked by George Floyd’s 25 May death in Minneapolis police custody.

“We have a pervasive problem in the Rochester Police Department, one that views everything through the eyes of the badge and not the citizens that we serve,” Warren said during a news conference. “It shows that Mr. Prude’s death was not taken as seriously as it should have been.”

Singletary resigned last Tuesday along with his command staff, saying there had been a “mischaracterisation and politicisation” of his actions following the death of Prude in police custody. It was unclear when the resignations were to take effect. 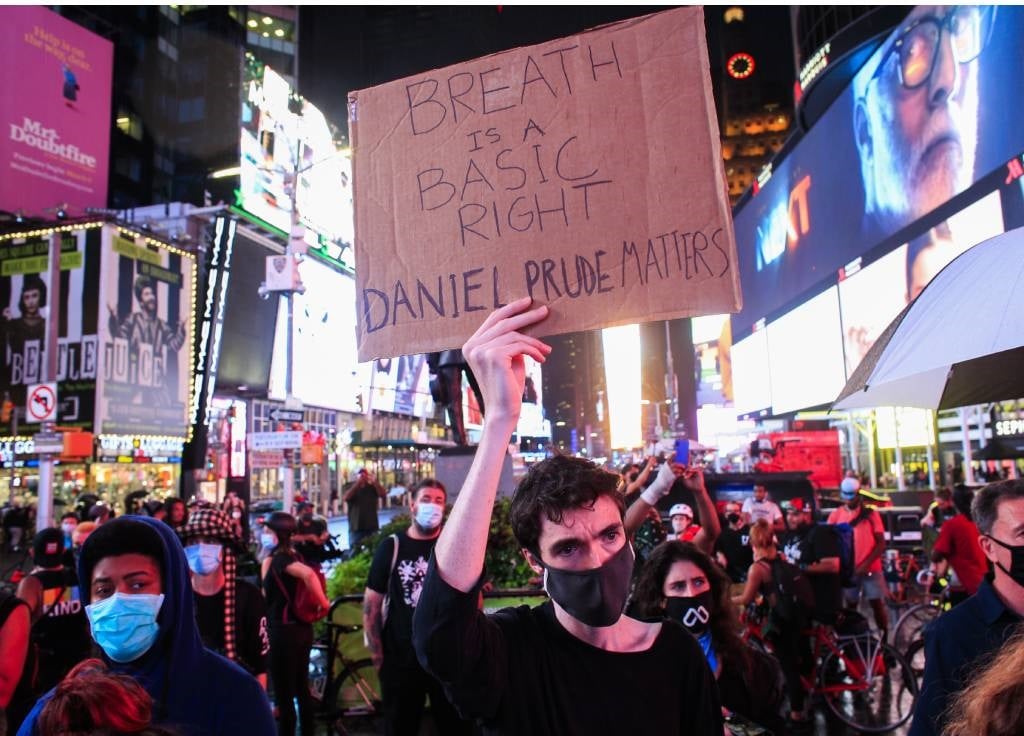 A demonstrator holds a sign as people protest to demand justice for Daniel Prude.

Seven police officers involved in the arrest were suspended on 3 September, shortly after protests erupted following the release of the video of Prude’s arrest.

The medical examiner ruled his death a homicide by asphyxiation, with the drug PCP a contributing factor. He was having a psychotic episode when he was arrested.

Ripple Effect On The Gates Agenda and Why It Matters

A Guided Meditation for Turning Awareness into Action