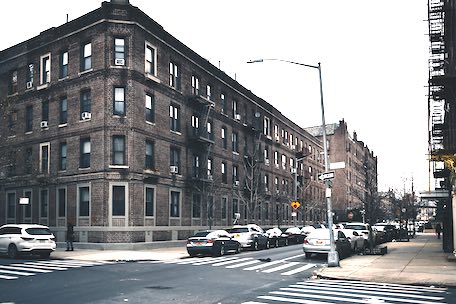 Brooklyn Borough President Eric Adams has blood on his hands after he told residents of his borough that instead of calling police about fireworks to handle it themselves.

33-year-old Shatavia Walls took his advice and went out to talk to the group setting off fireworks and asked them not to shoot off the fireworks while children were outside playing.

One man pulled out a gun and began chasing her and he fired a shot at her. She ran into her mother’s building for safety.

She later went outside and retrieved the shell casing and his driver’s license that he had dropped while chasing her. Three days later she was shot eight times and died.

Walls’ mother said that her daughter was just following the advice that Adams gave the people of his borough and because she did, she is now dead. more

Atlanta shooting: Rayshard Brooks was shot twice in the back, autopsy report says

ISIS bride Shamima Begum should be allowed to return to UK to pursue appeal, court rules

@TODAYshow @VickyNguyenTV Lots of whiny retorts, and then there’s this… https://t.co/eN6j4O8IZ2

Core of a gas planet seen for the first time

Keep your eye on those potatoes…

‘The Hater’ on Netflix: Film Review

Biden Gaffe: A Bold New Plan ‘to get our kids to market swiftly’

Pennsylvania cops shoot deranged Hispanic man threatening them with knife – will BLM make him a national “hero,” too?

Starting A New Job Remotely? Here’s What You Need To Do

WINNING: Betsy Devos Suggests Education Funds Should Be Diverted to Families While Schools are Closed

Serious revolt against Marxist doctrine on campus, new push for ‘image of God’

For his 100th birthday, a WWII veteran is walking 100 miles to raise money for coronavirus relief