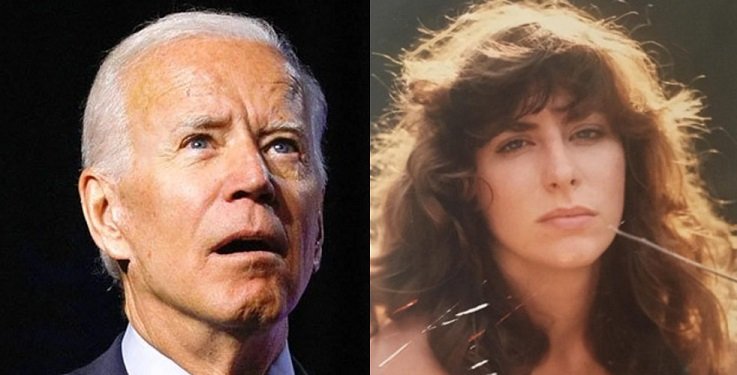 The New York Times denies that they have cleared Joe Biden of any wrongdoing involving sexual assault allegations leveled at him by Tara Reade, a former Senate staffer.

In short, they didn’t clear him of anything.

Buzzfeed News reports that Biden’s team has been advising surrogates to say that “a thorough review by the New York Times has led to the truth: this incident did not happen.”

As we reported earlier, Stacey Abrams, who is desperately seeking to be named as Vice Presidential nominee on Biden’s ticket, followed orders to a T.

“The New York Times did a deep investigation and they found that the accusation was not credible,” Abrams incorrectly stated. “I believe Joe Biden … I know Joe Biden and I think he’s telling the truth and this did not happen.”

The Times validates our previous reporting that their investigation did not clear Biden of anything, instead stating that they were unable to find a “pattern of sexual misconduct.”

“Buzzfeed reported on the existence of talking points being circulated by the Biden campaign that inaccurately suggest a New York Times investigation found that Tara Reade’s allegation ‘did not happen.’ Our investigation made no conclusion either way,” a statement reads.

They note that their report “found three former Senate aides whom Reade said she complained to contemporaneously, all of whom either did not remember the incident or said that it did not happen.”

Since then, however, a video has surfaced of Reade’s mother calling into “Larry King Live” and discussing her daughter’s “problems” involving a prominent senator, while two other women have said the story matches what they were told by Reade years ago.

Here’s Buzzfeed catching @JoeBiden‘s campaign falsely telling surrogates that @nytimes did a “thorough review” of Tara Reade’s allegations & found that “the incident did not happen.”

More Bad News From the NYT

It has to be pretty disconcerting to have the New York Times of all places call you out for lying, as Biden’s campaign and Abrams have clearly done in this case.

Ben Smith, media columnist for the Times, is calling on Biden to “open his personal papers to inspection” regarding the alleged assault.

The thing about Reade story — and many like it — is that media decision-makers still operate under illusion they control whether it’s a story. Why not shortcut the handwringing, and ask Biden to open his personal papers to inspection, which is where this is headed anyway?

Requests by media outlets to access Biden’s senatorial papers, currently housed at the University of Delaware, have been denied, with the institution stating his papers “will remain closed to the public until two years after Mr. Biden retires from public life.”

Reade has also called for the release of these documents, explaining “I believe it will have my complaint form, as well as my separation letter and other documents.”

Wouldn’t it be better for Biden to be as transparent as possible and put this matter to rest one way or another?

What Can Coronavirus Teach Us About Climate Models?

Landowners sue state for spying on their property

Convicted terrorists less likely to reoffend than other criminals – study

Tara Reade and why the #MeToo movement died

‘The Pretense of Knowledge’ has Cost America Dearly