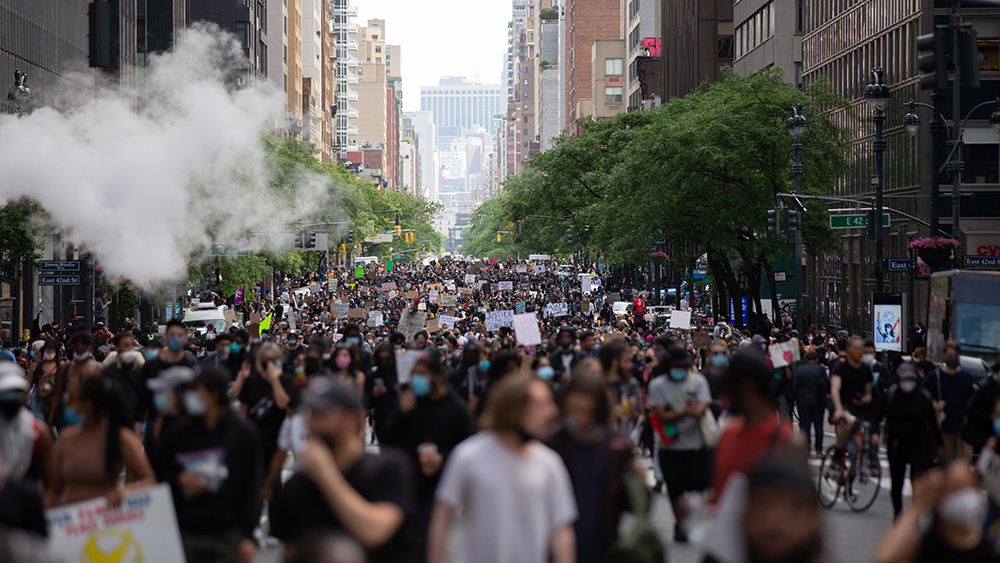 (Natural News) New York City is experiencing a mass exodus. Many of its rich and middle-class residents are leaving, and they are doing so because of the paralyzed economic opportunities that came with protracted Wuhan coronavirus (COVID-19) lockdown measures. In addition, they’re leaving because of the high rate of crime and gun violence, as well as the sky-high taxes – which several city politicians are thinking of increasing even further.

New York City has been experiencing a lot of problems since well before the COVID-19 lockdowns. The exorbitant cost of living, for example, has kept many people from moving to the state and has helped push many others out of the city. However, it looks like the pandemic has pushed the city to the brink of collapse.

While many of the restrictions put in place by city officials on the freedom of movement and on economic activity have been lifted, the “city that never sleeps” has yet to return to the way things were, especially since many of the changes that were implemented during the lockdowns will not be rolled back anytime soon, such as the mask mandates.

Furthermore, officials have still not put forward a proper solution to the city’s problematic crime rate. From June to August 23, data from the New York Police Department (NYPD) shows that more than 800 people have been shot, compared to under 300 over the same period in 2019. The city’s murder rate is also up by more than 50 percent.

New York City used to have a strong reputation as being one of the safest large urban centers in the United States. This prominence, which took decades of hard work to build, was wiped out beginning in June when the city failed to properly deal with the riots and the looting perpetrated by the city’s Antifa and Black Lives Matter movement chapters. It’s been further dealt a blow thanks to progressive reforms that have diminished the capability of the NYPD to conduct proactive policing.

The real extent of the emigration from New York City due to all of these compounding issues is still unknown, but many groups are starting to take notice of just how extensive the depopulation could become if it isn’t addressed. Some, like moving companies, are reaping the benefits, while others, like Mayor Bill de Blasio, are openly trying to deny the phenomenon.

A survey conducted in early May by real estate listing site PropertyNest showed that nearly a million of the city’s residents were considering leaving, and that more than 400,000 have already left, at least temporarily. Moving companies have experienced such a strong boom in their business that they either have to turn people away or rent more trucks from U-Haul to accommodate the increased demand.

Other blue states like Illinois, Connecticut, California, Maryland and Massachusetts are also seeing more people moving out of their state than moving in. (Related: New York, New Jersey and Connecticut to impose quarantine on travelers from states with big coronavirus outbreaks.)

Meanwhile, according to United Van Lines’ data, largely rural states like Vermont, Idaho, Oregon and South Carolina are seeing a large amount of people moving in.

“We have seen increased mobility across the states – driven by fear of living in densely populated areas, a realization that the ‘old normal’ of commuting into a city office is still but a distant possibility and the realization that remote work can be an effective, long-term option,” said Gregory Daco, chief U.S. economist for Oxford Economics.

As local Democrats in New York continue driving people away with exorbitant tax rates, unresolved crime issues and disastrous COVID-19 policies, national Democrats like Speaker of the House Nancy Pelosi are busy engineering a plot to declare Republicans to be “enemies of the state.” If this blatant coup attempt goes unchallenged, it will allow Democrats to imprison GOP members and strip them of their office.

In his weekly “Mondays with the Mayor” broadcast on Inside City Hall, Mayor de Blasio flat out denied the idea that many New Yorkers are packing up and leaving for better-governed cities despite the data from moving companies proving that more people have left the state than have moved in, as well as data that shows there is an uptick in the price of homes in New York City’s suburban areas.

Instead, de Blasio is asserting that people actually want to move into New York.

“We can’t overrate this moment. We are clearly the safest place in America right now when it comes to the coronavirus,” said de Blasio to NY1 anchor Errol Louis.

“I think, in fact, people in this country are looking at New York getting safer and safer, healthier and healthier in terms of the coronavirus. They’re seeing our economy start to come back.”

De Blasio further asserts that the people who moved out of the city have done so temporarily, and once the situation in New York City gets a lot better, they are going to come back. Furthermore, he said that if people truly are leaving, he won’t necessarily object to their departure.

“I’m not going to beg people to stay,” he said. “I know this city will rebound. I know it and I know others will come. It is a passing moment. There will be a vaccine and then all the strength of New York City will reassert itself again.”

These comments come as New York City’s future looks bleaker and bleaker. The city is facing a $9 billion budget deficit that will no doubt lead to massive layoffs. Given the fact that a lot of people are leaving – people who pay income tax to the city, this budget shortfall will no doubt get worse in the future. Maria Doulis from the Citizens Budget Commission, a nonpartisan fiscal watchdog, said that this extreme deficit could hinder New York City’s ability to maintain many of its services, such as sanitation and policing.

The states are working to go back to normal following the devastation of COVID-19. Some states, like New York, are doing far worse than many others. Learn about the economic reopening and the return to normalcy in the United States by reading the articles at Pandemic.news.

Are the Forever Wars Really Ending?

[WARNING] DARKNESS IS FILLING THE HEARTS OF MEN – ARE YOU THE PREDATOR OR THE PREY?

How to Have Friendship with God (6pm)

Our 336sqft Shed to Tiny House Studio has arrived! {Man Cave & She Shed}

‘The Five’ praise Nicholas Sandmann’s speech railing against the media