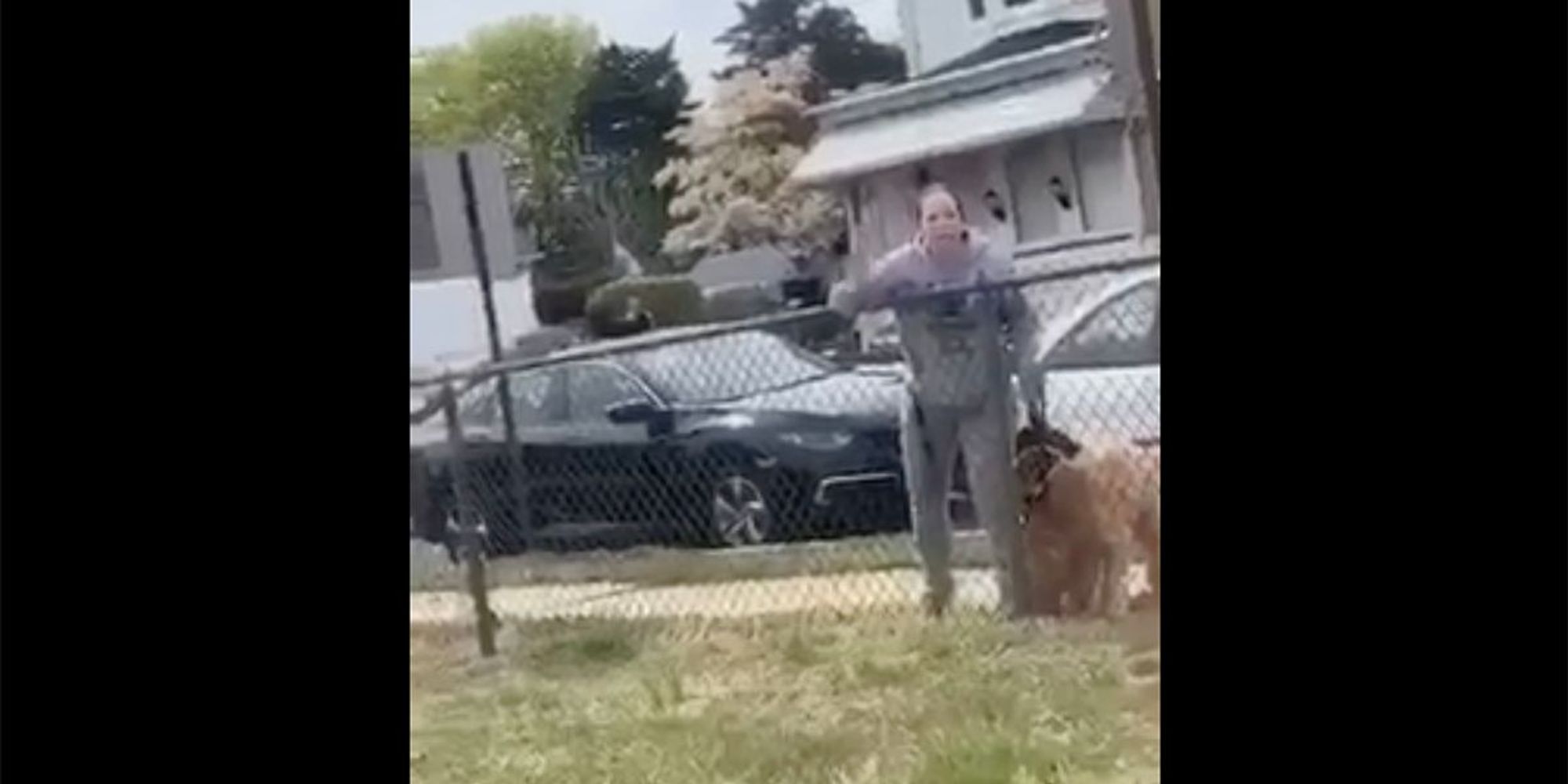 Growing up, it was always weird seeing your teachers outside of school. I remember one time I saw my senior English teacher shopping at the same CD store my friends and I frequented. Like he was a real person who enjoyed music. To you zoomers, a “CD” was a piece of plastic we used to shoot with a laser and embed with music. Google it.

While seeing your teacher doing normal things was odd, having one wish death on me and my friends as we played football would be somewhat more abnormal. But we live in abnormal times. Karen, you may want to call your union rep.

You can see the full video at this link. Like with any video, you should always allow for what you see to have possibly been taken out of context. But when you see what the teacher has been writing on her Facebook page…

“We are surrounded by idiots!!!!!! Rode our bikes near Kuser Park this afternoon and what to [sic] we see but a younger couple with their daughter maybe 2/3 years old UNDOING the caution tape around the jungle gym so she could slide. I totally called them out on it, wished illness on them and commented that it was scary to even think they were parents. Their response: ‘We were going to put it back.'”

The most important reason to get people back to work has nothing to do with jobs or the economy. We need people to get back to work so that they get the f*** off of social media.

People like Karen (I don’t care what her real name is) have been the most alarming part of this whole ordeal. I expect the government to want take as much control as they can get. The government wants it. Our job is to prevent them from taking it. It’s been that way for approximately 244 years. Give or take a decade.

But the amount of people who are willing to snitch on their neighbors for playing outside of their homes is disturbing. And there’s a mob of those people who feel more than entitled to snitch on you and demand your rights.

The Power of The MOB vs RIGHTS: Steven Answers Fan Question | Louder With Crowder www.youtube.com

VIDEO: Woman Brutalized and Hauled Out of Michigan Capitol by Security for Protesting Quarantine

Kamala Harris Says 2020 Election About ‘Whether We Live Or Die’

How close is U.S. to herd immunity for COVID-19? What the numbers show

Crisis or Opportunity? To Politicians It’s the Same Thing

What we’re learning about National Security from COVID-19