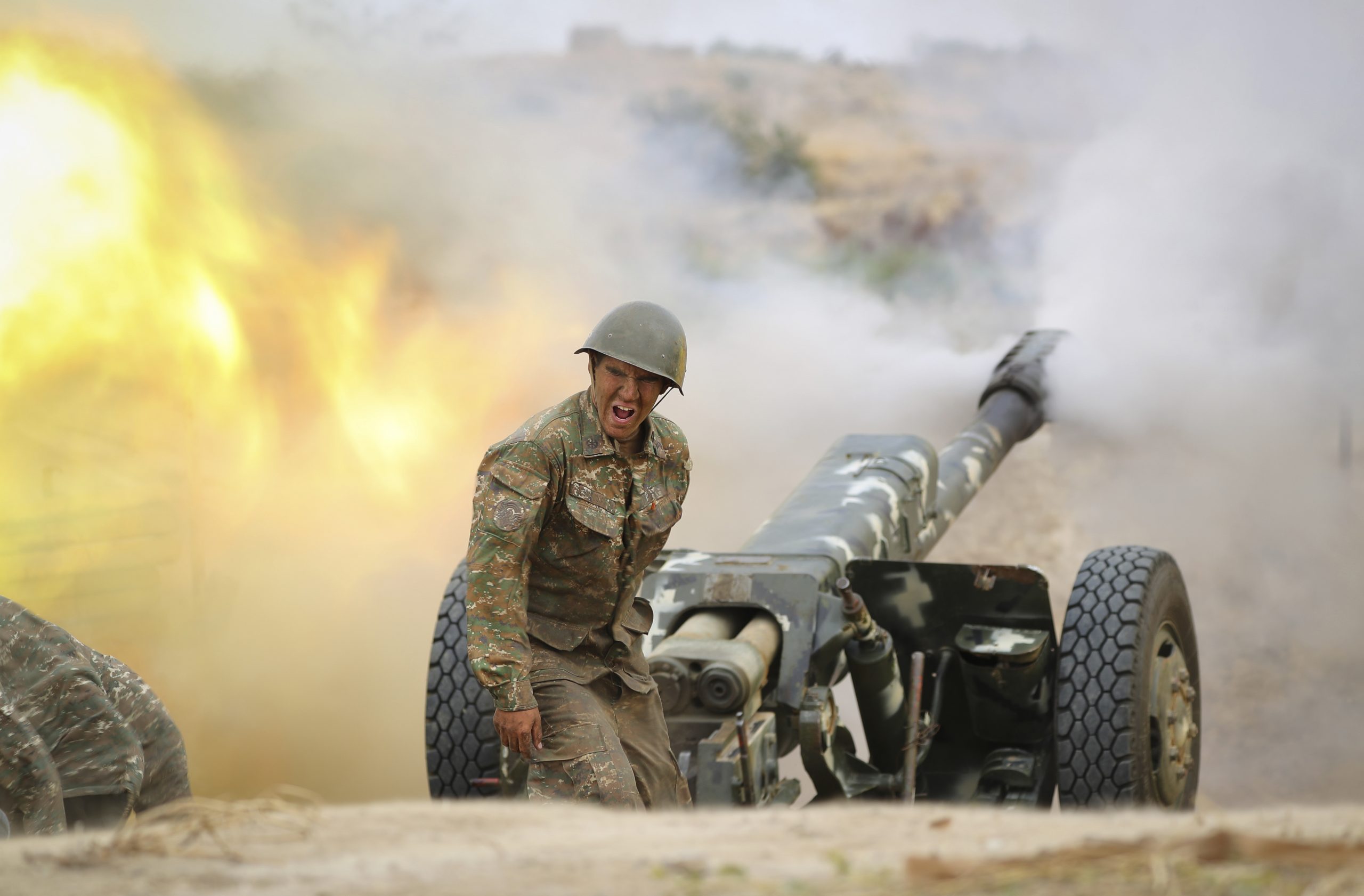 Whether in Syria, Libya, or the Mediterranean, Ankara’s modus operandi of provocation and aggression is omnipresent. Syrian mercenaries are one of the keys to Turkish leader Recep Erdogan’s Neo-Ottoman fantasies. According to reports, Turkey is now sending mercenary fighters to Azerbaijan. Their track record of monstrosities is likely to yield mayhem and will leave Europe scrambling for leverage against Turkey once again.

Turkey’s Ties to the SNA Militia

Turkey remains a major player in Syria and relies on the Syrian National Army (SNA), a radical Islamic rebel militia that serve as ground troops loyal to Ankara. According to a report by the UN Human Rights Council, these groups are responsible for numerous war crimes in the region, primarily against the civilian population.

The malicious actions include looting, kidnapping, rape, torture, and displacement of non-combatants. In addition, there is the robbery and destruction of world cultural treasures and religious sites in the Kurdish region of Afrin, which the Syrian rebels conquered on behalf of Ankara in 2018.

The UN’s 25-page report speaks of a “systematic and coordinated approach” by the armed groups. Just over a week ago chairman of the UN commission of inquiry Paulo Sérgio Pinheiro called on Turkey to “investigate the facts.” However, the Turkish Foreign Ministry had already rejected “all allegations” days earlier as “unfounded”. It’s clear that Ankara was protecting the Syrian rebel militia members.

The militiamen enjoy immunity for good reason. The SNA is at the heart of Turkey’s aggressive, expansionist policy. Their brutal approach sends a message to the region: nobody should oppose Turkey because the consequences are severe.

Provocation and deterrence are part of a strategy that Erdogan hopes will once again make Turkey a world power. That is Erdogan’s neo-Ottoman dream, and the Syrian militias are his surrogates. The Turkish president had them fight first in Syria and then in Libya.

According to the latest reports, Turkey is sending Syrian fighters to Azerbaijan, too, where they are entering the conflict in Nagorno-Karabakh. Turkey supports the country in the Caucasus in the conflict with Armenia.

If the reports about Syrian fighters in Azerbaijan are confirmed, it would ultimately not be a surprise. Turkey would then have exported its foreign policy model for the second time.

Ankara’s aggressive foreign policy, which is also flaring up in the Mediterranean and contributing to the ongoing clash with Greece, has also brought the EU to the negotiating table. In fact, Brussels most recently attempted to discuss sanctions against Turkey just last week. However, the EU postponed the meeting at short notice due to a coronavirus case.

The dilemma for Europe started with Syria and the civil war in which Turkey increasingly interfered. Here, Ankara tested how far it could go and learned that no nation or bloc was effectively opposing it internationally. Hence Turkey has found that its policy of aggression and deterrence works.

One can say that Syria was a kind of experimental laboratory for Turkey to sound out the international power-political sensitivities. And the result of the experiment is a success. Turkey rose to become a regional power player that no one can ignore. Ankara prevailed against the US and even stood up to Russia — the ally of the Assad regime — while utterly ignoring Europe’s interests and resentments.

And why not? Thanks to the EU refugee deal, Erdogan possesses significant leverage in the form of 3.6 million Syrian refugees in the country. Turkey signed the deal with the EU in 2016 but has violated it at will. Most recently, in the spring of this year, Erdogan staged a new refugee crisis when he had tens of thousands of Syrians, Afghans, Pakistanis, and Iranians transported to the Greek border in the middle of the pandemic.

After Syria, Ankara exported its model to Libya. Turkey armed the UN-recognized Sarraj government in Tripoli and sent its Syrian mercenaries to back it up with force. The result is that Turkey has become a powerful actor in Libya, which will have a decisive influence on the oil-rich country’s future.

On top of that, Erdogan got another lever to blackmail Europe. Libya is a transit country for hundreds of thousands of refugees from all over the world. Turkey could put them in boats and send them to Europe, as has already happened on the border with Greece.

The Difficulty of Containing Turkey

In Libya, Turkey violated the arms embargo imposed by the UN Security Council. However, hardly anyone in Ankara is interested in international rules unless they benefit Turkey itself. In November last year, Turkey signed an agreement with Tripoli on exploiting natural gas reserves in the eastern Mediterranean. Ankara would prefer to exploit the gas reserves unilaterally, and this issue provoked a conflict with Greece in the summer that led to the brink of armed confrontation. It was only when the EU put political pressure on him that Erdogan became ready to negotiate.

However, this pressure is difficult to build up and its worst-case result is nightmarish. Nobody is interested in pursuing a course of confrontation with Turkey.

On the one hand, Turkey makes an essential contribution to NATO and is an important trading partner. And on the other hand, the refugee problem remains. Pressure from the EU is one of those things that can only be ratcheted up to a certain extent before becoming self-defeating and dangerous.

Turkey is cognizant of this and is continuing to move forward with its agenda, with Azerbaijan being the next chess piece and a hobbled European Union acting as its hapless pawn.

Everything you need to know about the Idlib tangle

Against All Odds: the Two Plus Four Agreement and Germany’s Reunification

Why is the Pentagon Worried About China’s Navy?

DoD ADMITS Directed Energy Weapons Are IN USE, Alludes To WAR

Libya’s Sarraj Calls It Quits, Opening Door For All Scenarios

Hamas and Fatah Meet in Ankara for Reconciliation Talks

The Quest for Stability in Libya

American Officials on the Hook for War Crimes in Yemen

Libya’s Ceasefire Should Set a Precedent for Syria