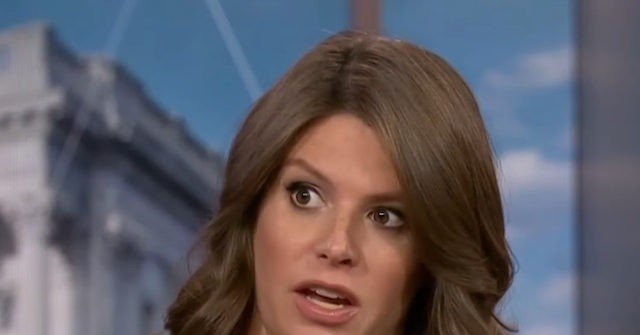 According to Hunt, this was because they can’t talk about President Donald Trump’s accusations.

Hunt said, “Republicans are focusing on how Brett Kavanaugh was handled and how the media handled Brett Kavanaugh, how democrats talked about Brett Kavanaugh. They’re not talking about Donald Trump because the reality is that they can’t because the list of accusers that this president has is very long.”

She continued, “You know, each individual accusation has a different set of facts, a different set of claims. In the case of Joe Biden, there is one, and that claim is now being explored, and they’re having to grapple with it, but you’re right that, you know, this debate has become very muddled and devolved into lobbing charges back and forth. At the end of the day, I think Americans who care deeply about this issue and care about women and harassment and changing that culture, at the end of the day, this is going to be a choice between Joe Biden and Donald Trump. There are two separate sets of facts there. Voters will be able to make up their own minds about that.”

I Absolutely LOVE Your Paper’