Originally published on UFO Sightings Hotspot on 2020 06 20 by UFO Sightings Hotspot http://ufosightingshotspot.blogspot.com/2020/06/mysterious-object-of-unknown-origin.htmlAn object of unknown origin weighing around 2.78 kg fell from the sky on June 19, 2020 in Sanchore town in Jalore district of Rajasthan, approximately 530 kilometres from state capital Jaipur. 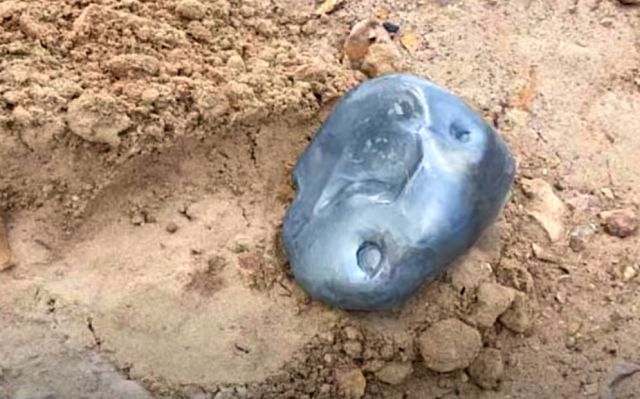 According to locals, an explosive sound was heard when the object fell from the sky and was heard up to two kilometres away.
Not only the impact of the object resulted in a one-foot deep crater but it was emitting heat even three hours after it hit the ground. After the object cooled down, they put it in a jar.
The mysterious object which has metallic properties of Germanium, Platinum, Nickel and Iron, is currently at Sanchor police station.

The local administration has contacted the teams of geologists at Geographical Survey of India’s Ahmedabad and Jaipur office, who will be examining it further.

‘It’s egregious’: thousands of mail-in ballots could be rejected over small errors

Cardi B slams Candace Owens: ‘I’m not getting pimped out by White men’

Zombie cicadas in the US lure victims with promises of sex before passing on a deadly, mind-controlling parasite

Pelosi Stonewalls Bill That Would Crack Down on Chinese Influence in U.S.

Joe Biden: From Convention to Debates?