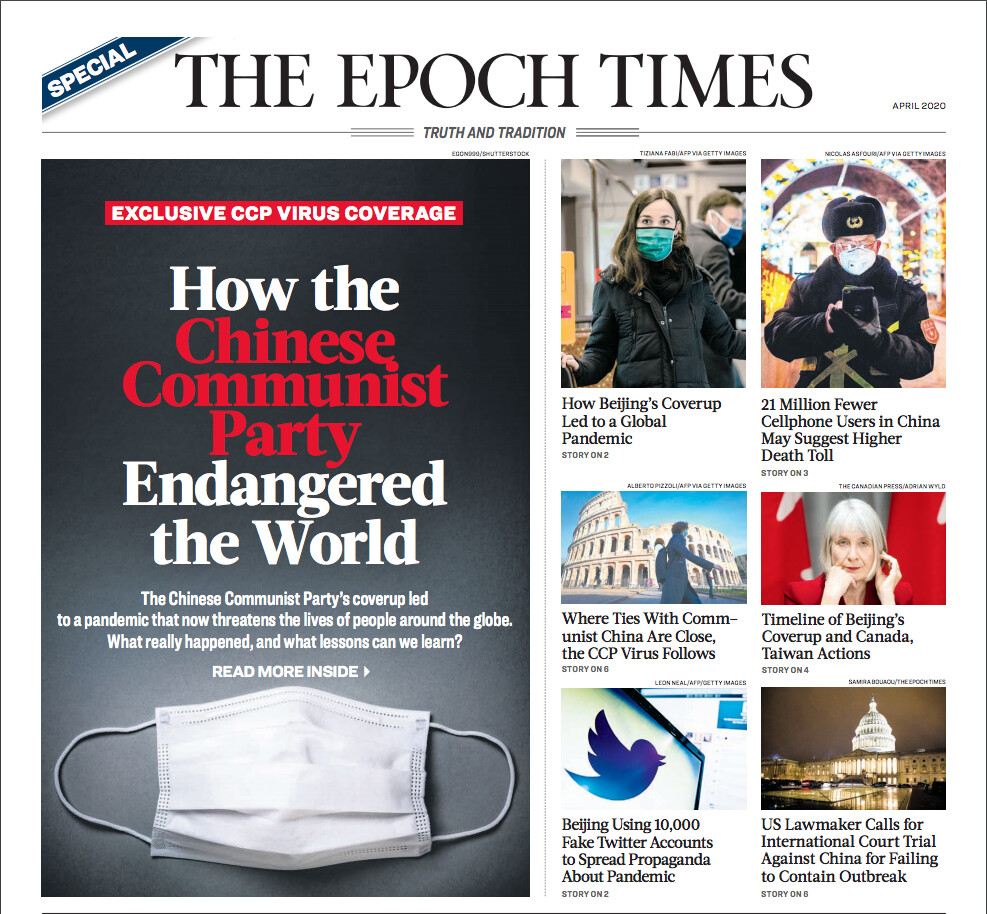 The following is a complaint filed by Anders Corr, publisher of the Journal of Political Risk and founder of Corr Analytics, to the CBC Ombudsman over CBC’s reporting on The Epoch Times’ special edition. The text of the complaint is published here with Dr. Corr’s permission.

I put details of my complaint here in this Twitter thread (including screenshots of the print and video problems).

To top it off, @CBCNews broadcast video with the banner “Canadians Upset by Epoch Times: Paper falsely claims COVID-19 a Chinese bioweapon”. But the @EpochTimes articles do nothing of the sort. Read them here: https://t.co/fFtMkbGXld pic.twitter.com/7JDWweNChy

was changed twice (at least its headline and photo captions) and its headline is based on very thin information. Corrections on claims of racism and inflammatory speech were not issued. The current version of the headline claims that “Canadians” (plural) see claims in Epoch Times (ET) about origin of virus as “racist and inflammatory”, yet only one Canadian is quoted as saying this in the article.

The other Canadian (a postal worker) quoted on this matter was given anonymity, and his quote is incorrect yet still appears in the article. He apparently said (after an elipsis so we don’t really know the context that the article had “hatred”. There is no evidence provided by the authors for such an allegation.

The postal worker also said, “They’re saying the coronavirus is part of a bio-warfare agenda by the Chinese people.” It would be more accurate, I think, to say that one of the authors in one article (by Nyquist) at the end asks for an investigation of linkages between the Wuhan outbreak and China’s ambitions related to deadly microbes. Nyquist states that China has not been entirely transparent on this matter, and explicitly leaves open the possibility that China’s officials are innocent.

There is no evidence of any actual cult, racism or hatred in the ET articles provided by the authors to buttress these very serious claims. Lacking any actual evidence of a cult, racism or hatred, it seems that finding and broadcasting such opinions from China’s government and a couple of members of the Canadian public who make such accusations is irresponsible and tendentious journalism.

I’m very saddened to see Epoch Times, linked to a persecuted minority religion in China, being treated in this way by Canada’s national broadcaster.

Peru's Keiko Fujimori to be freed from prison during graft investigation

Oil Prices Are Negative. What Does That Even Mean?

Australian Consumer Price Up, But Predicted to Fall Due to Pandemic

What if you go back to the office and get COVID-19?

Police ‘horrified’ by swastikas daubed on ‘Protect the NHS’ signs