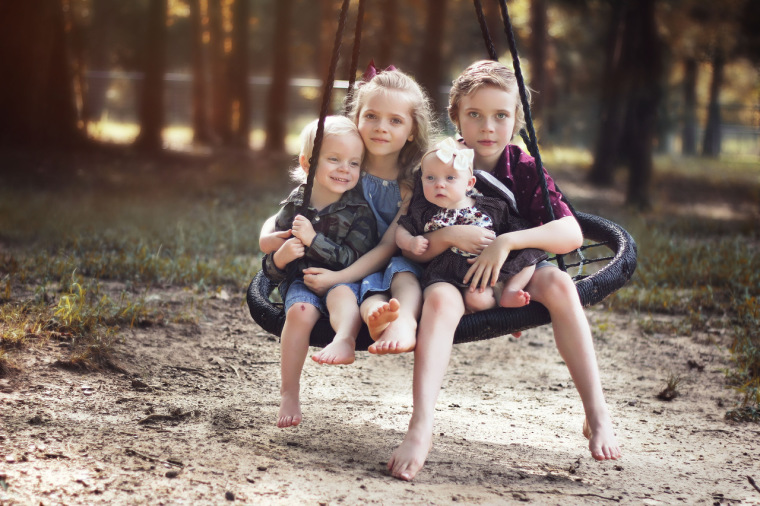 In her five hours under the sun, Mary Alice Pope knew her mom loved her. For months, Rosemary Pope had carried her in her belly. Pope said she would play her baby music and read her books. She would wiggle when she was awake.

“I became very familiar with that,” Pope recalled in an interview with The Christian Post. “I wanted to soak up everything with her. I knew her sleeping patterns. It taught me to be so in tune with the baby I was carrying. I wanted to soak up as much as I could with her.”

Pope loved her baby. And like every mother, she knew her child would die one day. She just wished it didn’t have to be the same day she was born. Mary Alice was Pope’s second baby to suffer a miscarriage. Of her eight children, four, including Mary Alice, are with God.

The Centers for Disease Control and Prevention estimates that 24,000 babies are stillborn (loss of a baby after 20 weeks of pregnancy) annually.

“I was presented with the option to terminate, and I did consider it because I had just gone through a loss. I was faced with an impending loss, and I wanted a baby I could raise,” Pope, who resides in East Texas, told The Christian Post in an interview. “But I wanted this child.”

Her first miscarriage came as a surprise, but she learned from doctors early on that Mary Alice wouldn’t live long in her pregnancy. Pope said she prayed for God to heal her baby and tried to connect with her unborn child in any way she could, researching how babies move before birth and what those movements mean.

“Even if our babies didn’t make it, we’re still just as proud of those babies as the ones that do make it,” she said.

After her loss, Pope slept holding the stuffed lamb she had bought for Rosemary. Her husband, Bobby, filled it with fishing weights so she could remember the feel of her baby’s weight.

Night after night, she would stay up late to journal and pray as the couple processed their grief together. They couldn’t fix each other’s sadness, she said, and eventually, they came to peace with it.

Now, Pope runs a ministry for women who have experienced miscarriages and is active on Instagram and Facebook.

She has also written a book about her experience with loss, Joy in Suffering. When older women open up to her about their miscarriages, she said they often cry. Many of them never got the chance to see or hold their babies. But American culture around miscarriage is changing for the better, she said.

“Thankfully we live in a time now where it’s more common to talk about it than it used to be,” Pope explained. “Culturally, in general and with social media, people are talking about all kinds of things more often.”

Pope said having Mary Alice brought her to important realizations about life. In her suffering, she said she felt close to God.

She also said she learned that people only live one life, and they can choose to find sadness in it or joy. Mary Alice’s life was not less valuable because it was shorter than most.

“It’s really easy for a mom to have a really deep impression when they lose a child like that,” she said. “I think being able to find ways to remember that child, plant a tree, have a piece of jewelry, a stuffed animal can help you through these times.”

Pope told CP that her experience has made her more compassionate and gentler with other people.

She knows how much suffering can hurt and wants to meet people where they are. There isn’t anything you can say to heal women from a miscarriage, she said, adding that often not much needs to be said.

“I’ll tell people I’m really sorry, and I’m praying for them. That seems like surface level,” she said. “But it’s enough.”

In conservative South Carolina, Lindsey Graham should have cruised to an easy reelection this year. Jaime Harrison had other plans.

The 10 most important elements of a startup pitch deck, backed by VCs, angel investors, and other experts — with real examples from founders

Olive harvest in jeopardy as tensions rise at the West Bank

Economic Advisor to Trump Talks About Reopening the Economy

Google Chrome retains your site data from Google and YouTube, even when you ask it to cover your tracks

THE DIGITAL BANKING ECOSYSTEM: These are the key players, biggest shifts, and trends driving short- and long-term growth in one of the world's largest industries