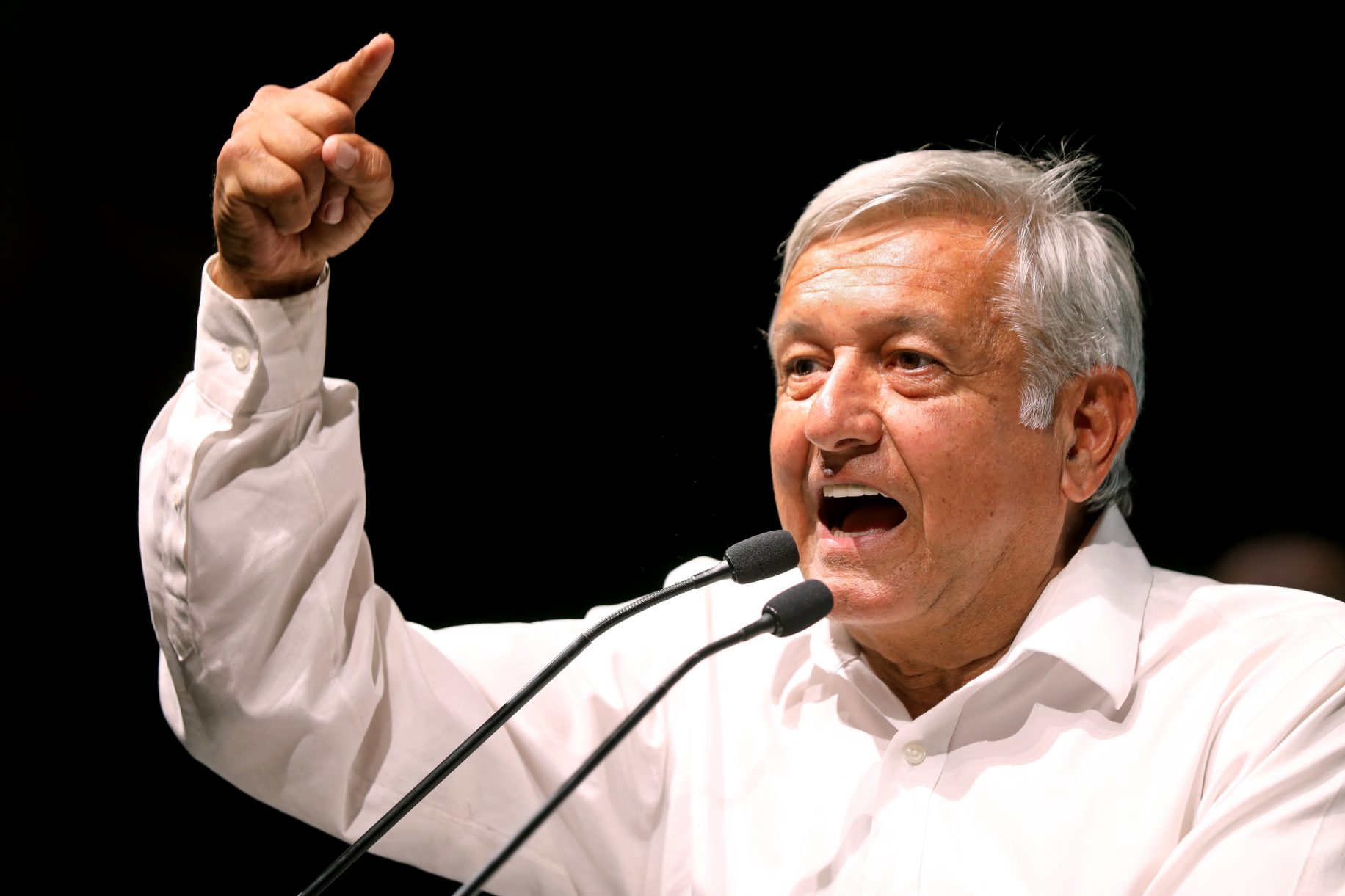 Mexican President Andrés Manuel López Obrador on Thursday said he plans to meet with his U.S. counterpart President Donald Trump, whose inflammatory language has offended Mexicans on both sides of the border.

The meeting could take place as soon as the week after July 4, although details are still being negotiated.

“I have taken the decision to go to Washington and meet with Trump,” López Obrador said Thursday during his daily news conference. He pushed against an expected avalanche of criticism for meeting with the controversial American leader, saying he is doing “what benefits Mexico most, what helps Mexicans most.”

The trip comes just months before the U.S. presidential election, putting the Mexican president at the center of what could be a highly charged appearance with an American president who has been accused of dipping into racist rhetoric to bolster his standing with his base.  The visit will either reinforce López Obrador’s growing image as Trump’s piñata, or show him to be an astute gambler benefitting from the outcome by solidifying relations with Trump even as Trump is down by double digits in the polls in the race against Democrat nominee Joe Biden.

Canadian officials have remained quiet on any potential visit as Mexican officials work behind the scenes for what appears to be a likely bilateral meeting.

Roberto Velasco, newly-appointed undersecretary for North American relations, who’s working on the details for the probable bilateral meeting, wrote on Twitter that helping improve both economies is underlying reason for the probable meeting. He added Mexican diplomacy “consists of building bridges” saying the meeting would “promote our national interests without inserting in internal political process of which we’re respectful.”

Such a visit less than five months from a presidential election would “signal to Congress that a nation is clearly taking one political side in domestic, American politics. You probably want to avoid that at all costs,” said Castro, also chairman of the Hispanic Congressional Caucus, who said he’s voiced his “strong concerns” to Mexican Ambassador in Washington, Martha Barcena.

Juan Gonzalez, a former special adviser to Biden, is seen by Washington observers as key to Latin American affairs in a potential Biden White House. He said fixing the “plummeting economies in both countries” will take more than a trade agreement, “and sadly neither leader has risen to the challenge. I certainly hope President López Obrador reaches out to House Speaker Nancy Pelosi, who truly deserves credit for passing an improved trade agreement.”

Velasco said there are currently no plans for López Obrador to meet with the other leaders.

Some said they feel a sense of betrayal by López Obrador, who, as a candidate stood up to  Trump’s rhetoric directed at undocumented immigrants and Mexicans who Trump has in the past labeled as rapists and drug traffickers.

López Obrador has defended the dignity of Mexicans, promising that he would stand up to Trump and say enough is enough. He even wrote a book, titled “Hey Trump,” which he used to promote the “defense of our countrymen.”

A shadow hung over Peña Nieto, who two years later issued a public explanation for why he met with Trump. He said he wanted Mexico to sidestep huge ramifications in case Trump won the election by working to improve their relations.

“Grandfather of dead 11-year-old “It seems like black lives matter only when a cop pulls the trigger”” https://t.co/iaV3OAOzro #conservative #feedly

IF THEY COME IN THE NIGHT…

Here Come the Mammoths, 60 of Them, Unearthed at Mexican Airport

TRUMP: ‘We have met the moment, and we have prevailed’…

How to Use Grass Safely in The Garden Without Growing Weeds

Thousands of scientists worldwide to go on strike for Black lives

The Boom in Fireworks Conspiracy Theories