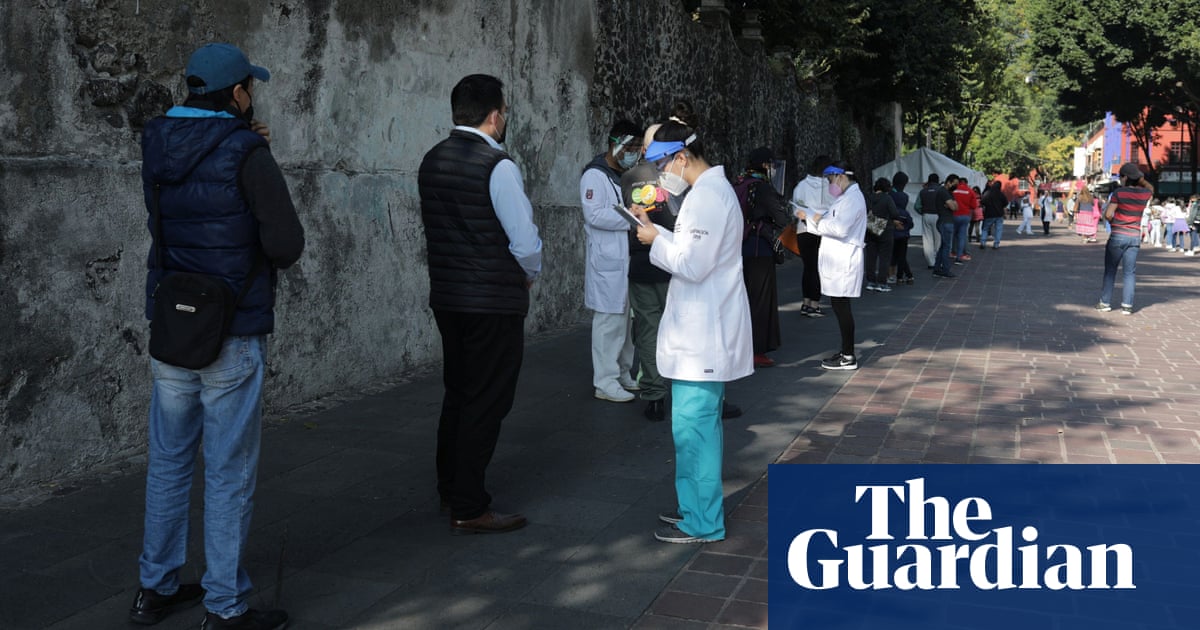 Mexico’s government has admitted its Covid-19 death toll is dramatically higher than official figures have suggested, with the disease now suspected of killing at least 139,153 people.

The official coronavirus death toll of Latin America’s second largest economy stands at 88,924 – the fourth highest number in the world after the US, Brazil and India. But on Sunday night officials conceded the true number of Covid-19 deaths was likely to be at least 50,000 higher.

The director of Mexico’s National Centre for Preventive Programs and Disease Control, Ruy López Ridaura, told reporters that based on historical averages 524,920 deaths had been anticipated between the start of the year and 26 September, but 718,090 had actually been recorded.

That meant there had been 193,170 “excess” deaths of which authorities thought nearly 140,000, or 72%, might be attributed to the coronavirus. Experts reached that conclusion by searching death certificates for words and diagnoses with some apparent connection to Covid-19.

Pointing to a graph showing a sudden jump in deaths in the second quarter of this year, López said: “We can clearly see how in the first few months [of 2020] the number of deaths we saw was very similar to the number we had expected – and it was precisely beginning in the 12th or 13th or 14th week of the year [April] that we started to see this increase,” López said.

“We hit our maximum peak in the 29th week [early July] and since then we’ve seen a continuous fall,” he added.

López said the highest levels of excess morality had come in the 45-64 age range where there was an increase of 63%.

The regions with some of the highest levels of excess mortality include the northern state of Baja California, which borders on the US state of California, Mexico City and the state of Mexico which surrounds the capital.

Mexico’s president, Andrés Manuel López Obrador, has, like his populist counterpart in Brazil, Jair Bolsonaro, come under fire for what critics call his irresponsible, politics-driven response to the epidemic.

From the outset, López Obrador has shunned face masks and largely continued to roam his country, repeatedly undermining physical distancing guidelines by wading through crowds of supporters and hugging fans, including children.

Across Latin America and the Caribbean, where the total Covid-19 death toll now stands at over 400,000 – nearly a third of the global total – official counts are thought to underestimate the scale of the disaster.

Peru and Ecuador, which have seen more than 1,000 excess deaths per million inhabitants, are among the world’s worst-hit countries, according to a Financial Times analysis of publicly available data.

Brazil, which has recorded more than 5 million cases, is also feared to have lost thousands more lives than its official death toll of 157,163 reflects.

Pelosi: 'I Feel Very Confident Joe Biden Will Be Elected President on Tuesday'

It NEVER Should Have Happened

US unilaterally declares UN sanctions on Iran are back in force

Avoid trick-or-treating due to coronavirus this Halloween, CDC says

Privilege, power, patriarchy: are these the reasons for the mess we're in?

US senators grill tech giants over content moderation ahead of election