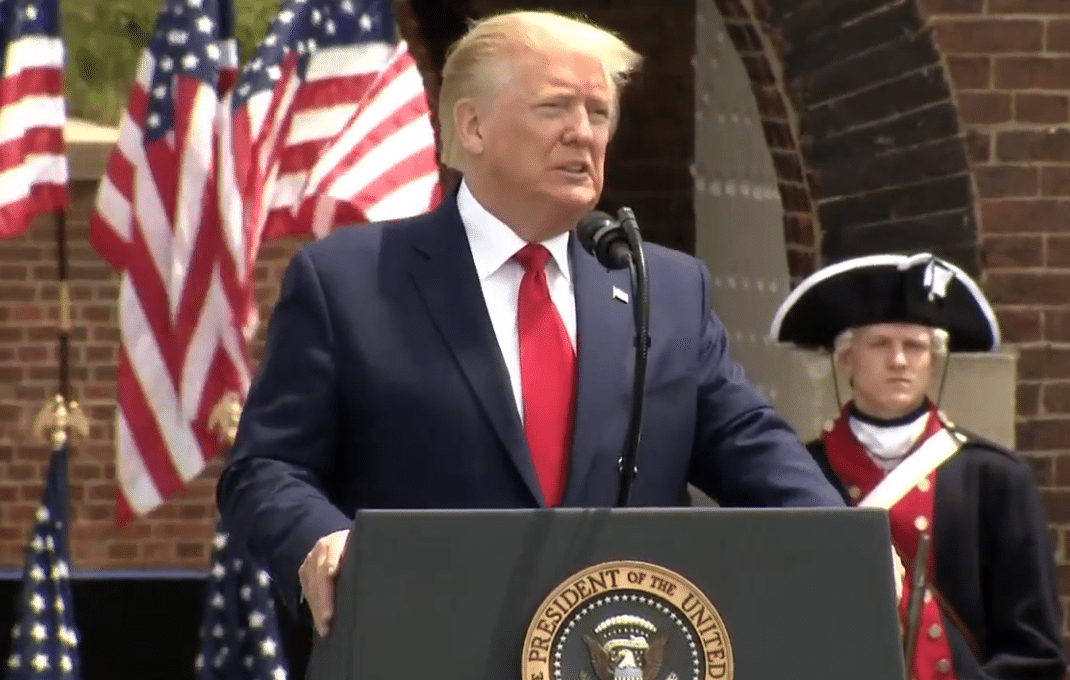 Two senior Texas Republicans emerged Monday from a classified briefing on whether Russia put a bounty on U.S. troops in Afghanistan taking the claims seriously –in stark contrast to President Donald Trump’s stance that the intelligence lacks credibility.

One said retaliation may be called for. Another said that if U.S. spy agencies failed to tell the president about the allegations months ago, as Trump asserts, someone should be fired.

“The Putin regime cannot be trusted. If the intelligence review process verifies the reports, we strongly encourage the administration to take swift and serious action to hold the Putin regime accountable,” said Austin Rep. Michael McCaul, the top Republican on the House Foreign Affairs Committee.

“After today’s briefing with senior White House officials, we remain concerned about Russian activity in Afghanistan, including reports that they have targeted U.S. forces. It has been clear for some time that Russia does not wish us well in Afghanistan. We believe it is important to vigorously pursue any information related to Russia or any other country targeting our forces,” said West Texas Rep. Mac Thornberry, the top Republican on the Armed Services Committee, in a statement issued with Wyoming Rep. Liz Cheney, the third-ranking GOP House leader.

Those hawkish pronouncements were at odds with Trump’s public posture. He insisted he didn’t believe that Russia offered bounties, even as aides said he still hadn’t been briefed on the intelligence – a contradiction the White House struggled to explain.

The New York Times reported on Friday that U.S. intelligence agencies believed that Russia had secretly offered to pay Taliban-linked militants to kill U.S. troops, that Trump had been briefed about the intelligence, and that the National Security Council discussed the allegation in late March. Other major news outlets have confirmed the report.

Spokesmen for the Taliban and the Kremlin disputed that Russia offered any such financial incentives.

Over the weekend, the White House disputed some of the reporting, insisting that neither Trump nor Vice President Mike Pence had been briefed on such allegations. The new director of national intelligence, former Texas congressman John Ratcliffe, vouched for that assertion. But he and the White House focused on who was told about the intelligence, without addressing whether such intelligence existed.

Trump insisted Sunday night that intel on the bounties was not credible, and could be “another fabricated Russia Hoax” intended to make Republicans look bad.

“Donald Trump doesn’t want to hear anything negative about Vladimir Putin, because after all, the president was inviting Russia back into the G8, and it’s kind of unfathomable that he would do that if he was knowing of the fact that his friend, Vladimir Putin, and the Kremlin or Russian intelligence services… were offering a bounty on the heads of American troops,” Rep. Adam Schiff, D-Calif., chairman of the House intelligence committee, told CNN late Monday.

As she spoke, a number of GOP congressional leaders, including Thornberry and McCaul, were getting a classified briefing at the White House from DNI Ratcliffe and White House chief of staff Mark Meadows.

Asked why lawmakers would be briefed but the president himself still had not, McEnany said that “the president is briefed on verified intelligence” – though, in fact, daily intelligence summaries that he and predecessors receive routinely include warnings that are dire but not verified, to provide a heads-up as situations and information develop.

Asked how the president could assert that the bounty allegations weren’t credible without being briefed on that intelligence, McEnany pivoted to an attack on The Times’ credibility without providing a direct answer.

Speaking Monday morning to the Defense Writers Group, Thornberry said he found it “very concerning’ that the White House and the DNI maintained that the president wasn’t even briefed on such serious allegations.

Without yet knowing how credible the intelligence on bounties was, he said, “Anything with any hint of credibility that would endanger our service members, much less put a bounty on their lives, to me should have been briefed immediately to the commander in chief – and a plan to deal with that situation.”

Congress will want answers, he said. What U.S. officials knew about the suspicions, and when? “t may be appropriate for people who should have briefed the president to be removed if they did not follow their responsibilities,” he said.

Some White House allies defended the president, deflecting the most politically damaging implication of the reports – that Trump knew about the bounties and did nothing.

Ratcliffe’s predecessor, former acting DNI Richard Grenell, tweeted Saturday that he was unaware of any such intelligence.

Sen. John Cornyn told CNN on Monday that if Russia did offer bounties, it would fit a pattern of harassment of U.S. troops.

Texas Democratic Party spokesman Billy Begala said that Cornyn is “letting Trump off the hook,” failing “to hold President Trump accountable for turning a blind eye to Russia’s shocking aggression against our troops.”

America, This is Your Wake-Up Call (10pm)

Create a Forest Floor and Everything Just WORKS! (Goodstream Quaranstream #017)

Nothing Is Off Limits to Defeat Trump

The Unseen Link Between Clean Cooking and the COVID-19 Pandemic

Cinestate doesn’t toe the leftist line, so the Daily Beast wants to destroy it

The Wisconsin Supreme Court Struck Down The Stay-At-Home Order, And People Immediately Crowded Into Bars

The Lost Nation of Albania – There is a Path Forward