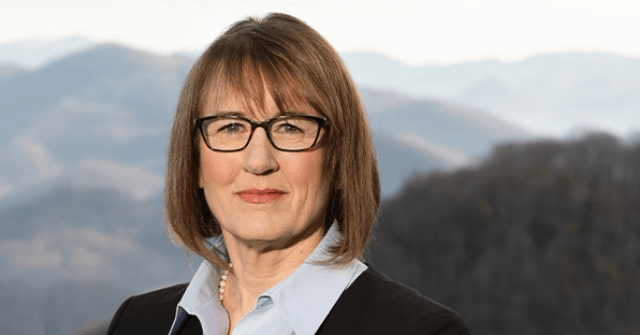 Bennett, a real estate businesswoman similar to Meadows and Trump, said that North Carolina is ready to start reopening the economy after the state has seen declining coronavirus cases.

She told Breitbart News Saturday host Matthew Boyle that with Democrat Gov. Roy Cooper’s stay-at-home order, “We will not even begin the first of three phases for at least two more weeks. We’re really ready to get back to work, get started, and get the process started, and here in North Carolina, we’re doers. And we want to see the economy booming again and to do that; we’re going to get the businesses planning again and making decisions that are needed to get people back to work and get the state reopened.”

Bennett added that North Carolina officials should flatten the spread of the coronavirus, but they should also not “flatten small businesses and families at the same time.”

Bennett contended that Gov. Cooper should focus his efforts on the most vulnerable populations for the coronavirus outbreaks, such as the elderly and those with preexisting conditions.

She said, “Gov. Copper, who instead of targeting areas of the groups that are most vulnerable of COVID-19 like the elderly, people with preexisting conditions, he’s targeted the entire population of North Carolina. All ten million people. And I can tell you speaking as a business owner, that the uncertainty has been really terrible for my business.”

The North Carolina Republican said that she will use her business experience and conservative principles to help fight the coronavirus outbreak in Congress.

She said, “I think the business experience is going to matter because this COVID crisis is not just a health issue, it’s an economic crisis, and it’s a constitutional issue. So, I think it’s going to be even more important than ever that every bit of my business background is going to be needed.”

Roger Stone: A presidential pardon is ‘in God’s hands’

Report: DNC chief warned officials who engaged in 'sexual misconduct' to 'step aside'

Trump Says He Was Being Sarcastic When He Suggested Using Light, Disinfectant Injections to Treat Coronavirus

Are We In For A New High in Gold?