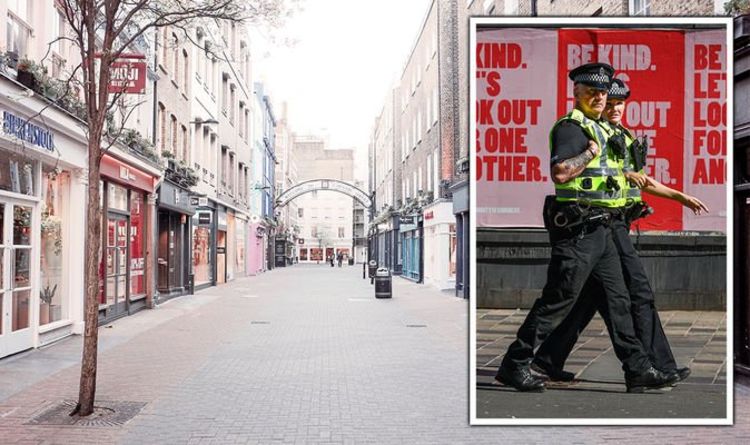 Professor Kevin Fenton, London director of Public Health England, has warned more restrictions may be brought in in a bid to avoid a stricter nationwide lockdown.

He told the Standard: “Before we get to that stage there are many other things that you can do in order to help to reduce the risk of transmission and contain your outbreak.

“In some areas which have seen resurgence there have been limits placed on the amount of time you can spend socialising. In some it might be local curfews so you’re not out drinking until the wee hours of the morning.

“By limiting that you also limit the amount of time people are spending in close contact with others.”

Is it time to use the F-word about Boris Johnson’s disastrous regime?

Hong Kong’s Most Brazen Arrest Yet

Ideas Are the Only Tool You Need

How African nations worked together to control the coronavirus

With or without Lukashenko, ‘Belarus will never be the same again’

Mitch McConnell: ‘President Trump’s Nominee for This Vacancy Will Receive a Vote on the Floor of the Senate’