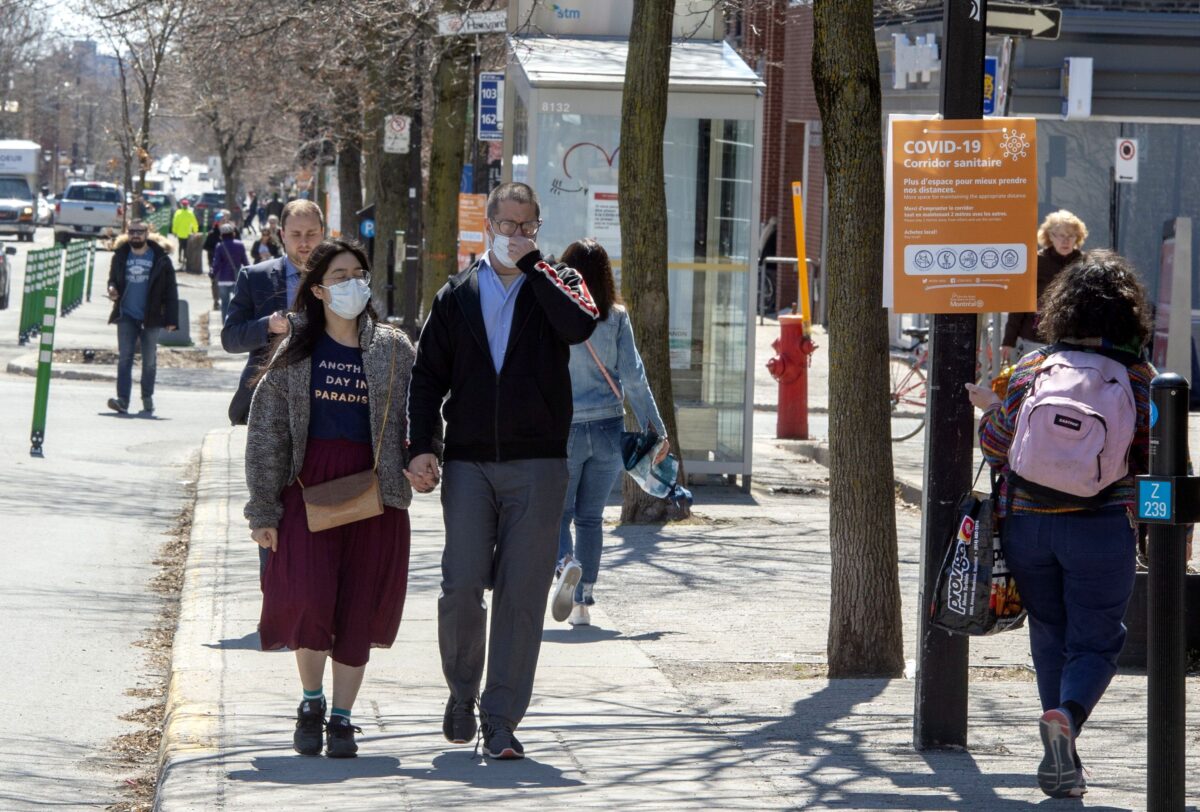 It seems that in many places we’re starting to stagger out of the quarantine, survey the damage, and start cleaning up. And we’d better be quick about it because the damage is extensive and makes us vulnerable. Including to another pandemic.

Oh no, you cry. Not now. There’s a famous story of Abraham Lincoln during the American Civil War presiding over a stormy cabinet meeting about British naval policy at which the president finally had to tell his angry colleagues, “Gentlemen, one war at a time.” (I have not managed to verify the specifics of the anecdote but it certainly was his policy and it has the Lincoln tone.) And yes, between the parlous state of the private economy and of government finances, we really can’t afford to fight on another front.

Unfortunately, the fact that it’s not a good time doesn’t mean something can’t happen. When the U.S. Navy released footage of “Unidentified Aerial Phenomena” my National Post editor tweeted “NOT NOW ALIENS”. And I agree. But we must be prepared for whatever fate throws at us and not assume it won’t be bad because we don’t want it to be.

Just for starters, there will certainly be a second major wave of SARS-CoV-2 when we are already weak. Now let me add another nightmare scenario. What if we’re already looking at widespread government insolvency, deficits approaching 30 percent of GDP, record bankruptcies and unemployment, and then a different pandemic more lethal than SARS-CoV-2 comes along?

Well, we can’t do much about the latter. Life being what it is, you don’t have to ask for trouble to have it come calling. Even if China was not run by communists as inept as they are devious, and its economy riddled with corruption including in the enforcement of sanitation rules, the modern world is a Petrie dish and humans are the medium.

Fortunately, we can do something about the former. A number of things, in fact. In Canada, as elsewhere, we need to get the government out of the way of the private sector except in imposing sensible public health rules on everything from hair salons to jazz festivals. As I wrote recently in the National Post, given the staggering impact the quarantine already put on firms big and especially small and the crushing burden of taxes and borrowing to service suddenly swollen public sector debt, we must remove pointless regulatory burdens, discriminatory taxes, and other impediments to the creation of the wealth we all count on, including in our public health system.

Speaking of which, the second vital task especially in Canada is to let some air into our stifling health system. We wrongly think ourselves a model for the world. But every other OECD country except the United States has a comprehensive public system, every one of them allows parallel private care, and none are considering adopting our crushingly restrictive and unfair laws.

We need private clinics and hospitals and insurance to add capacity and flexibility to the system. Even if we get a break and nothing else bad comes along, our public health system was already stretched past capacity before the pandemic, with long and growing waiting lists for over 30 years that have gotten much worse during it. We chuckle at the proverb that insanity is indeed doing the same thing over and over and expecting a different result. Let’s not have the laugh, or demented cackle, be on us.

Third, we need to focus on epidemic preparedness. One of April’s many double-take stories was the federal government trashing millions of gloves and masks in 2019, to which when queried, the Health Minister stammered excuses about everybody doing it. (Alas, she had a point; the Ontario government stockpiled supplies after the 2003 SARS epidemic then systematically destroyed them for having weak elastic bands etc.)

Clearly, we need PPE in hand. And possibly manufacturing capacity though given the private sector’s amazingly rapid conversion to making the stuff, we might primarily need plans for which firms to approach and what gear to commission. But if we’re going to trash deteriorated items, let’s think about, you know, replacing them. Just as we should all make sure there’s some tinned soup and clean water in the pantry.

We also need to take a hard look at nursing homes. By which I don’t mean nationalizing them so the elderly and unwell can experience the compassion and efficiency of government in their final months and years. I mean understanding that people who are old and sick are not young and healthy and will die in disproportionate numbers in a pandemic or indeed without one, but we could certainly do a better job of infection control. As we could in hospitals, where it’s already becoming a priority due to antibiotic-resistant bacteria as well of course as viruses.

Finally, the Chinese government and WHO are liable to perform as badly and dishonestly next time as this time. And if we don’t start treating the factual claims coming from the former and the advice from the latter with a great deal of skepticism, we will deserve whatever we get.

All these things are necessary as we clear away the damage of COVID-19 and the quarantine and fix things up. As will be a thorough vetting of how various public authorities performed, less to pin the tail on some readily available donkey as to improve the protocols. Because this one won’t be the last.

In an earlier column I asked whether it was the proverbial “big one” we’ve all been waiting for. And honestly it was not. Unlike the Spanish flu, it did not target the young and healthy. By year’s end it is not clear that there will be a significant number of “excess deaths.” (In New Zealand, computers predicted 14,000 deaths; so far they’ve had 19.) But just because it wasn’t lethal doesn’t mean the next one won’t be, including possibly a mutated version of this one.

This spring’s pandemic was in many ways a dry run. And a good thing too given all the missteps. We can’t afford such missteps again, especially given how much harm was inflicted, or self-inflicted, this time.

Suppose you knew a major new disease would hit in September. What would you do, in health care and in economic policy? I say do it anyway. Because you never know. But sometimes you can make an intelligent guess, which sure beats making a complacent dumb one.

John Robson is a documentary filmmaker, National Post columnist, contributing editor to the Dorchester Review, and executive director of the Climate Discussion Nexus. His most recent documentary is “The Environment: A True Story.”

US calls out intimidation as China pressures Malaysian drillship

Gunslingers For Liberty: Nonessential Politicians and the Dreaded Cure – 4.26.20