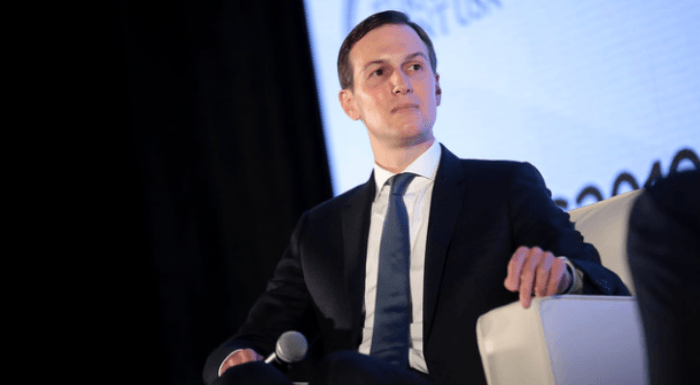 On Wednesday, White House senior advisor and Donald Trump’s son-in-law Jared Kushner was hopeful that much of America might be “back to normal” by June as a number of states get ready to rollback restrictions due to the coronavirus pandemic.”

“I think what you’ll see in May as the states are reopening now is May will be a transition month, you’ll see a lot of states starting to phase in the different reopening based on the safety guidelines that President Trump outlined on April 19,” Kushner told “Fox & Friends.”

Kushner predicts much of the country will be “back to normal” in June https://t.co/mjiemEJg1w pic.twitter.com/5AsdNDGWEe

“I think you’ll see by June that a lot of the country should be back to normal, and the hope is that by July the country’s really rocking again,” he added.

Such a timeline could be risky. Coronavirus cases in parts of the country are still rising and it will be important to keep social distancing in place to avoid new outbreaks as much as possible until a vaccine is discovered.

Data from Johns Hopkins University shows there have been more than 1 million confirmed coronavirus cases in the U.S.

Jared Kushner Says Much Of The US ‘Should Be Back To Normal’ By June, Contradicting Experts #Research https://t.co/2r3yUPiUOU

Many health experts and government officials have warned that more testing is needed before businesses can reopen safely. Dr. Anthony Fauci, the White House’s top coronavirus expert, said Tuesday that every person who needs to get tested should be able to do so by the end of May.

Kushner has meanwhile led what some have called a “shadow task force” and has said testing capacity is already where it needs to be for states to begin phase one reopenings.

“I think you’ll see by June a lot of the country should be back to normal and the hope is that by July the country’s really rocking again,” Jared Kushner said on Fox News. pic.twitter.com/78F1b4Rp4A

‘The federal government rose to the challenge, and this is a great success story’

“I always find that we see the leading indicators and often the media sees the lagging indicators,” Kushner said Wednesday. “But the leading indicators are testing, are extraordinarily positive, and I’m very confident that we have all testing we need to start opening the country in accordance with the safety guidelines that President Trump, the vice president, Dr. [Deborah] Birx and Dr. Fauci laid out on April 19.”

Kushner believes the federal response has been a success.

“The federal government rose to the challenge, and this is a great success story,” he said. “And I think that’s really what needs to be told.”

‘What Do We Do With the Kids?’ Experts Say Child Care Needed in Reopening Plans

Poverty will likely climb to 45% as result of lockdown, says UCA

Coronavirus Antibodies Present In Nearly 25% Of All NYC Residents

Where is the kit to protect NHS workers? – podcast

AOC Challenger Slams Her For Vote Against Stimulus Bill: ‘How Out Of Touch Can You Be?’

Klobuchar: Trump’s Handling of the Coronavirus Is the ‘Exact Opposite’ of What He Should Be Doing

The N.Y. Times used to correct its whoppers. But not these 2. Here's why

If 800k Americans Are Out Of Work in NJ, Why Is Gov Considering Paying Illegals $600 Every Week?