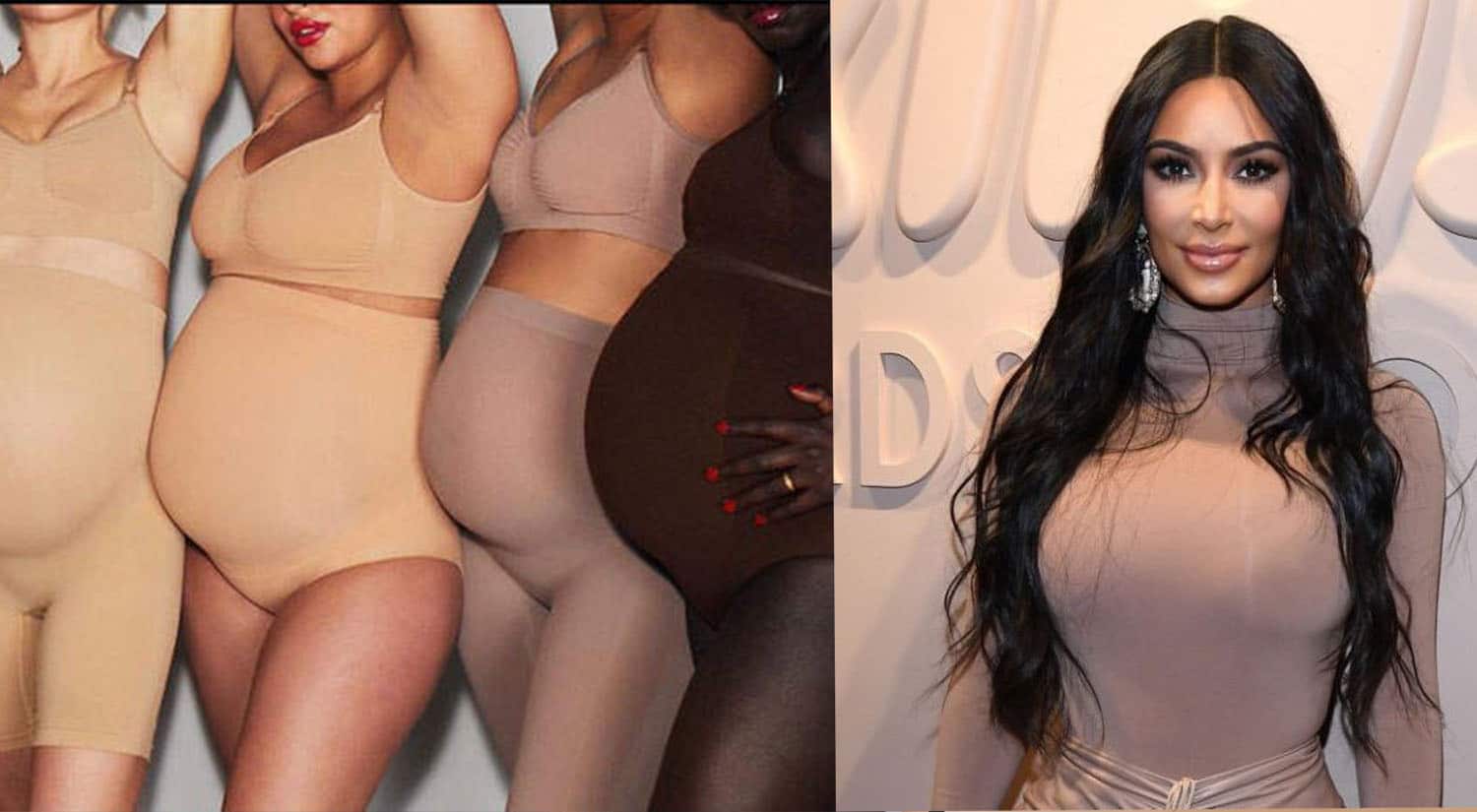 On September 16th, Kim Kardashian West’s shape wear company, Skims, will have released their new maternity line but the release comes with controversy. The new line will offer “sculpting” bodysuits, bras, shorts and briefs specially designed for pregnant, and nursing women. According to Kim’s Instagram, the line, “offers the best in comfort and support for your changing body during and after pregnancy.”

As soon as the brand announced the shape wear, disappointed celebrities and twitter users flooded Kim Kardashian with angry and concerned tweets concerning the body image of pregnant and postpartum women. Social media users were concerned about why pregnant women need shape wear, claiming that women should be proud of their pregnancy and not ashamed of their changing bodies. This comes after years of the Kardashian-Jenner family promoting a specific body type which was encouraged with waist trainers and spandex shape wear; not to mention the pressure they placed on themselves to lose baby weight following the birth of each of their children. Fans are worried that this is, once again, the Kardashian’s imposing unhealthy body image. And it is especially sensitive because it is now affecting pregnant women.

Celebrities and fans alike took to twitter to give Kim and Skims a piece of their mind.

The celebrity that started the conversation about Kim’s new line was Jameela Jamil. The Good Place actress shared her concern over Twitter, the same day the announcement for the line dropped. She said, “It would be so cool if pregnant people could just be allowed to be pregnant and get bigger and not be self conscious, and enjoy the miracle taking place inside their body and not have to worry about feeling embarrassed/shamed that their body is changing for an amazing reason.”

It would be so cool if pregnant people could just be allowed to be pregnant and get bigger and not be self conscious, and enjoy the miracle taking place inside their body and not have to worry about feeling embarrassed/shamed that their body is changing for an amazing reason.

This started a slew of responses aiming at both Jamil and the maternity shape wear. Some were parents who had previously faced body image issues surrounding their pregnancies.

My dad came over after I hadn’t seen him for weeks due to lockdown and said ‘oh you’ve got fatter!’ And I knew he meant more pregnant but it left me feeling so insecure for the rest of the week. Nobody should be commenting on anyone else’s size ever. Ever. Pregnant or not

For me, it was the time afterwards where I felt more pressure.
‘When will you be losing the weight?’
‘Are you pregnant again? Oh, you just haven’t lost your weight yet.’

But the majority of comments were focused around Jamil’s lack of expertise in the pregnancy realm. Many parents in the comments were quick to point out the functionality of maternity shape wear, which has existed years before the Skims launch. In Kardashian-West’s defense, the shape wear is to better support a pregnant person’s growing tummy and the physical pressure on a person’s body.

having been pregnant 4 times it was really hard to find decent support for my belly, easing off my pelvis. I had to wear a belly band. Kim k’s maternity skims aren’t ‘shapewear’ they’re support. And I only hope more places start to sell something similar.

Everyone criticizing #skims and @KimKardashian clearly have never met a pregnant person. You know they make pregnancy belts to hold up bellies, right? This shape wear is just that but cute. #chillout

@KimKardashian bravo on Maternity Skims! I wish I had this support when I was carrying my children.

This tweet even went as far as to claim that those in opposition to the launch are not taking pregnant disabled people into consideration.

It’s also extremely ableist to assume that because you can do something with ease that everyone else will be able to. I imagine this doesn’t just help the average pregnant person but anyone carrying who might have disabilities of some kind.
Very narrow minded indeed.

Kim Kardashian-West was quick to respond to all the tweets, and responses flooding in about the controversy. She took to Twitter to release a statement. The KUWTK star said, “To anyone who has an issue with maternity solutionwear, and if you haven’t been pregnant before you may not know the struggle of what it’s like carrying all of this weight the way I did along with millions of strong women, @skims maternity line is not to slim but to support.”

Based on the majority of positive feedback we have received so far from pregnant women around the world, I am incredibly proud to provide a solution that will provide comfort and support during the times that we all need it most, during pregnancy and after.

She followed her initial comeback with retweets and screenshots of mothers showing their support for her brand and new line.

Not only did her fans back her up, but her famous friends did as well. Most notably, Chrissy Teigen ran to Kim K’s defense. On her instagram, the model and cookbook author, showed off her Skims while pregnant with her third child. She told her followers that she was not trying to look any slimmer, but just wanted to feel more comfortable. Many people assumed that this was Teigen’s way of digging at Jamil’s previous tweet. Jamil was quick to let everyone know that the model’s post was not about her.

Just Spoke to Chrissy. She wasn’t talking about me in her video at all. The garbage way that tabloids try to set women upon each other to create a fantasy bitch fight for entertainment is so disgusting and archaic. We all know each other… you can’t just make shit up about us.🖕🏽 pic.twitter.com/tCuTQjQeYD

Drama seems to follow Kim Kardashian wherever she goes. This is not the first time her brand has faced controversy. In 2019, Kim originally planned to name her company ‘Kimono,’ which was followed by severe backlash, as the name was clearly appropriation of Japanese culture.

While the launch of Skims maternity line was met with anger, it was immensely welcomed by pregnant women among Twitter.

Why Does ‘Flyover Country’ Vote GOP?

‘We ain’t paying crap’: Italian restaurant racks up $10K in fines for opening before governor allows — but owners are defiant

U.S. Could Have a Pro-Life Supreme Court 'for Decades' with Right Pick, Senator Says

Here’s how to volunteer for a Covid-19 vaccine trial

Apple Is Worth $2 Trillion — 1st American Company To Hit Milestone

Should homeowners start shooting back at Black Lives Matter terrorists who violently assault them and their neighbors?