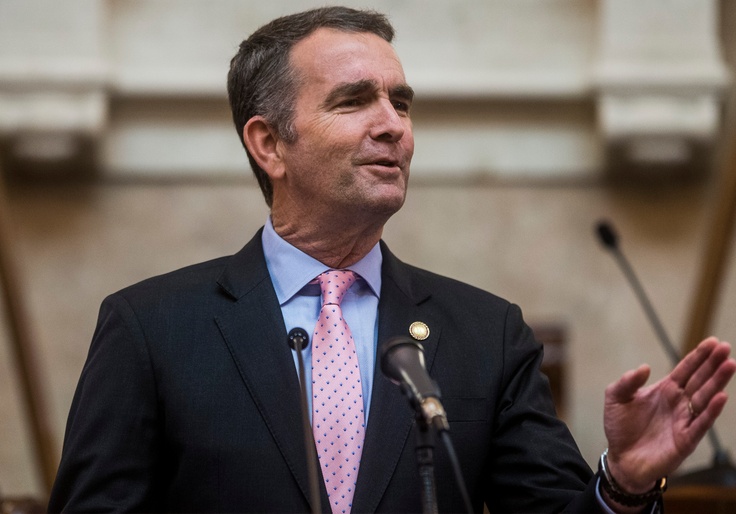 Judge F. Patrick Yeatts of the 24th Judicial Circuit of Virginia ruled in favor of a Lynchburg firing range that challenged Northam’s statewide shutdown order. He said the governor’s emergency powers are limited under Virginia law and cannot restrict the “otherwise lawful possession, carrying, transportation, sale, or transfer of firearms.”

“The governor appears to argue that, when he declares a state of emergency, he can ignore any law that limits his power, even laws designed to limit his power during a state of emergency,” Yeatts wrote. “The Court cannot agree with such an expansive interpretation of the Governor’s authority.”

Yeatts limited the scope of his ruling even as he granted a temporary injunction barring the state from closing Lynchburg Range & Training LLC. The decision does not apply to all ranges in the state, but guns-rights groups that helped file the suit said it lays the groundwork for eventually overturning the statewide ban. Philip Van Cleave, president of the Virginia Citizens Defense League, said it could have a domino effect as other gun ranges file suit.

“We’re weighing our options because our ultimate goal is that we want all indoor ranges free of this,” Van Cleave said. “What the judge laid out was great reasoning why, really, none of the ranges should be falling under this.”

Northam’s office did not respond to a request for comment.

The Northam administration defended the ban as necessary to prevent the spread of the coronavirus. The governor’s lawyers also pointed to the fact that residents still had access to outdoor ranges. Yeatts rejected the argument, saying that “the right to keep and bear arms is not relegated to the outskirts of the city and of fundamental rights jurisprudence.”

“The Court understands the Governor’s desire to protect the citizens of our great Commonwealth. But in taking steps to stop the spread of COVID-19, he took a step beyond what is allowed by [Virginia law],” he said.

State and federal courts across the country are hearing legal challenges related to the shutdown of gun businesses or permitting processes. Two different federal judges said California localities have the ability to order store closures to deal with the pandemic. The Pennsylvania Supreme Court ruled that Gov. Tom Wolf (D.) had the power to shutter stores, though the governor subsequently allowed them to reopen. A state court ordered a North Carolina sheriff to restore the pistol permitting process he had closed.

Van Cleave said Lynchburg Range & Training is expected to be up and running by Wednesday.

If You Want A Lesson In Bravery, Don’t Look To Brian Stelter

Brickbat: Their Past Comes Back to Haunt Them

Get Ready for the Economic Rebound – LNTV – WATCH NOW!

Ontario nurse stopped with 150 pounds of pot at U.S.-Canada border

Sisters Die Over a Century Apart from Separate Pandemics

Is The “Second Wave” Of The Coronavirus Pandemic Already Here?