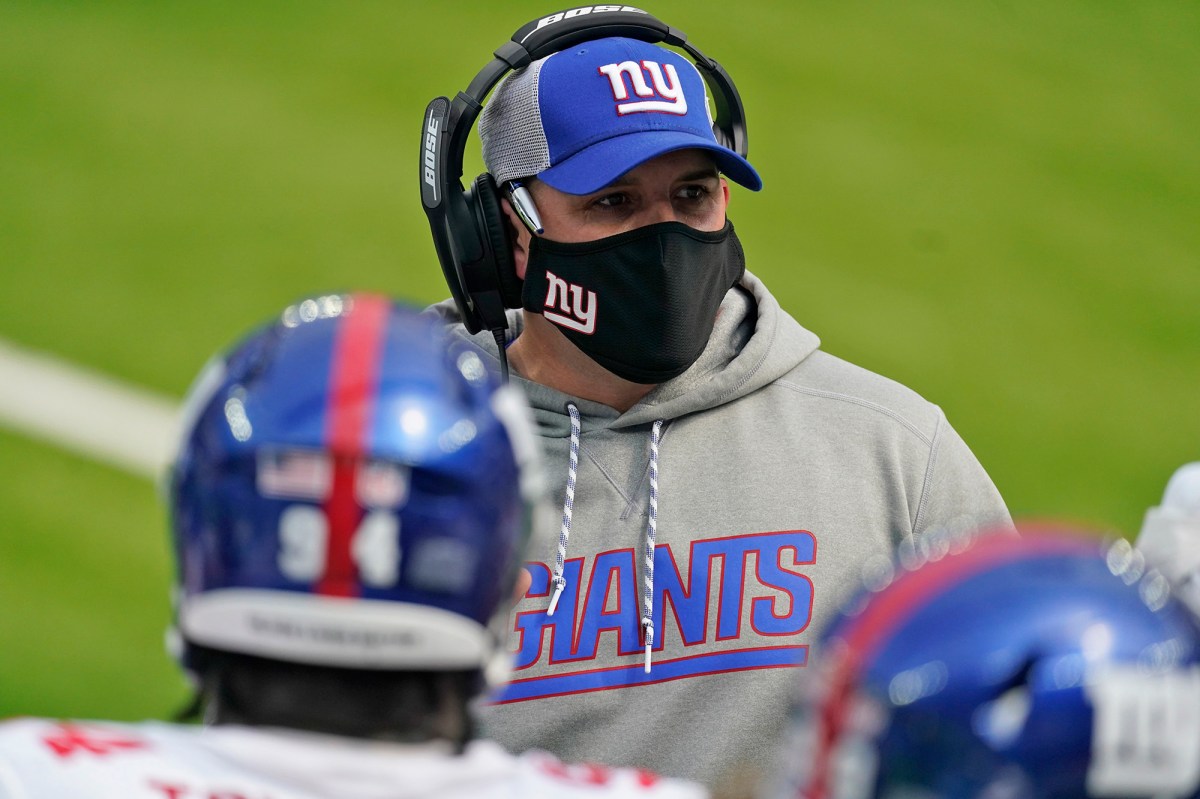 It has to be a question and a theme until the Giants walk off the field this season with more points than their opponent.

Do the Giants need to learn how to win?

“I’ve heard that a lot lately,’’ coach Joe Judge said. “Everyone talking about learning how to win, teaching them how to win.’’

He will continue to hear it until he gets his first victory as a head coach. He will especially hear it if the winless Giants do not beat Washington (1-4) on Sunday at MetLife Stadium.

Judge’s team, in the first five games, had three legitimate shots to win: at Chicago in Week 2, at the Rams in Week 4 and last week at Dallas. The failure to make the plays needed to win late in those games cost the Giants dearly.

This is not what we should be focusing on, Judge insists.

“This is my belief on that,’’ he said. “You don’t win in the 60th minute. There is not some magic formula, there’s not some grand scheme playbook that you come out with that this is how you win games. The way you win games is playing every play with the best technique, assignment and focus you can, eliminating mistakes and capitalizing on your opponent’s mistakes. That’s really the secret. It’s not easy, but it’s simple. I say that to our team a lot. We just try to keep football for what it is. I don’t mean to just generalize that right there, but to me, that’s the way I address it to our team. I have no problem saying that publicly. But the secret to winning is just doing your job for 60 minutes, and that’s what it comes down to.’’

After loss No. 5, Judge left room for conjecture when he said, “Well, that’s all that really matters, to be honest with you, the progress that we’re making right now. The record will come in time.’’ Did this mean the record in his first season is largely irrelevant, as long as he (and ownership) believes progress is being made?

Judge did not enjoy that interpretation.

“We’re very honest with all of the results we have,’’ he said. “We talk every week in terms of where we’re at as a team, what we’ve done well, what we’ve done that needs to be improved on. That ties into obviously tangible results on the field with wins and losses. It’s a production business. We’re all very conscious and aware of that. It’s my job to make sure they understand what we need to do better, what we need to clean up. But then it’s also my job to highlight and show them where they’ve made improvements and where we’ve made progress as a team, so they understand what we have really to build with.’’

This message has been relayed and appears to have hit home.

“Guys are frustrated. I think Coach Judge has done a great job of keeping us focused,’’ linebacker Kyler Fackrell said. “I think we all have kind of bought in. We’re doing the right things. We’re working every day, working the right way. I think we just have to keep working and keep moving forward with the belief that it’s going to turn.’’

Beirut protests: 'A year of rising and fading hopes'

'Be excellent to each other': Bill and Ted stars Keanu Reeves and Alex Winter surprise virtual high school graduation

Will this EVER end? Brexit legal battle 'could last years'… with EU judges

7 Surprising Ways to Be More Creative Than Yesterday

The cruel taunts that turned me into a rebel

Powerful Video: An Interview with the Left – Democrats, Biden’s Base and Antifa Terrorists

Pelosi 'optimistic' of stimulus deal with the White House before the weekend. 'Both sides are serious about finding a compromise.'