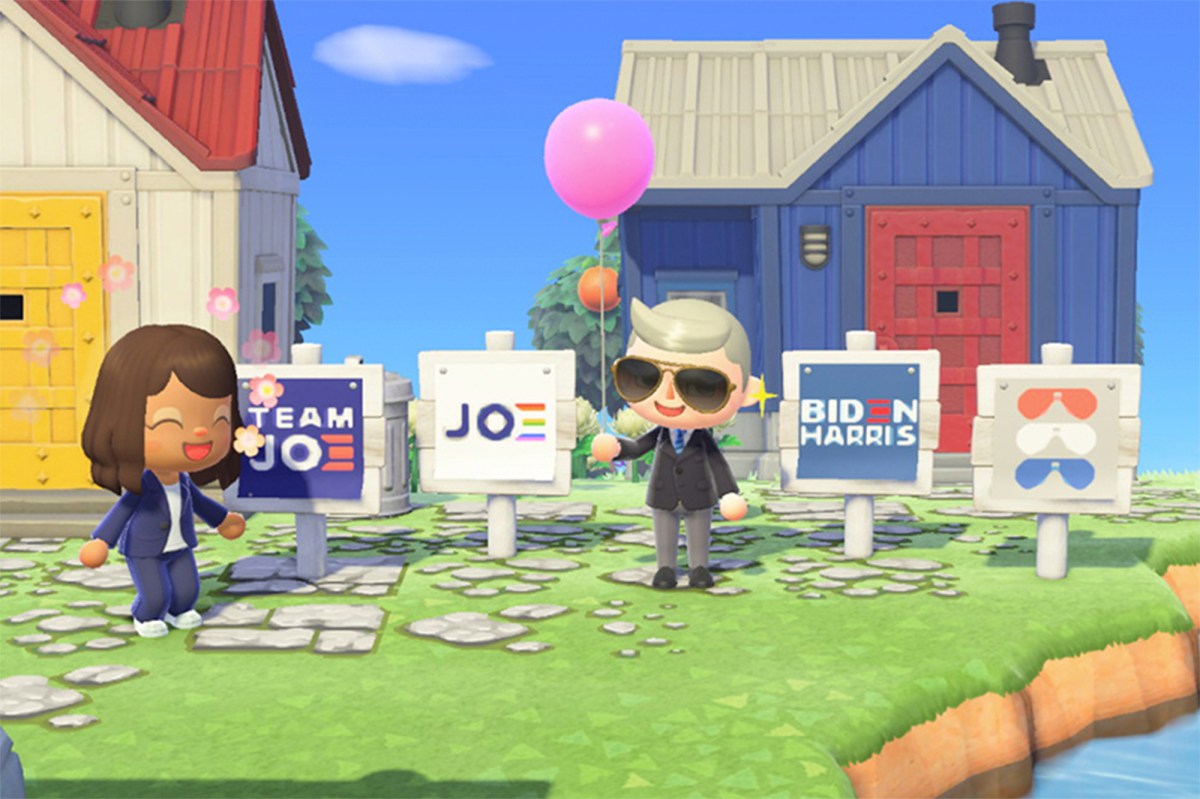 Joe Biden now has his own island — on Nintendo’s Animal Crossing.

“Biden Island,” as the promotional site built by his campaign is called, features trains, lots of dogs, and a red, white and blue garden outside its own “White House,” Gamespot.com reports.

There is even a suited, aviator glasses-wearing Joe Biden wandering around the place, telling visitors “No malarky” if they try to interact.  The island also includes a wide range of Biden/Harris merchandise for players to acquire.

“The Joe Biden campaign put some serious work into its island,” Gamespot noted.

Notably, President Trump, who is apparently too busy running the country and campaigning, does not have his own Animal Crossing island.

iOS 14 allows you to set a photo, emoji, or text as the icon for a group chat in your iPhone Messages app — here's how to do it

Black Lives Do Matter, But the BLM Organization Opposes Christian Values: So What Should We Do?

‘This is unstoppable’: America’s midwest braces itself for a Covid-19 surge

3 Chicken Breeds That Never Get Along

League ready to launch postseason unlike any in NHL history

CHINA USES TWITTER BOTS TO SPREAD DISINFORMATION QUICKLY: The Epoch Times’ Cathy He lays it out, as …

“The Bidens Are the Most Corrupt Political Family in U.S. History” – Donald Trump Jr.

Some Wisconsin police departments back out of DNC security agreements