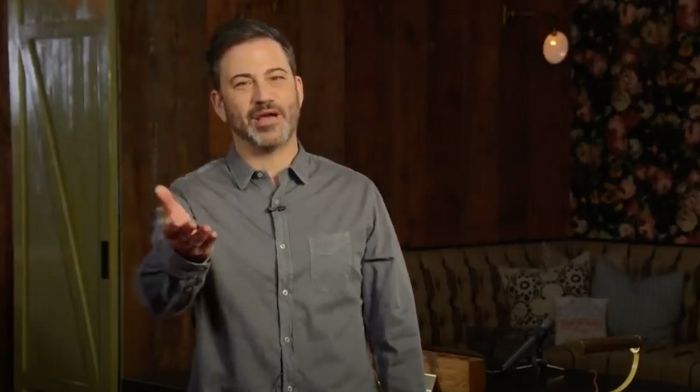 Late night television host Jimmy Kimmel launched an outrageous attack on those protecting against the strict lockdown measures amidst COVID-19, going so far as to say that they “might be suicidal” and “want to die.”

Protests have started popping up all over the country over the past week, carried out by Americans who just want to get back to work as normal. Though their concerns about their livelihoods are completely understandable, Kimmel chose to mock them on his ABC talk show last night, going after President Donald Trump as well for tweeting his support for them.

“Despite everyone who works for him telling people to stay at home, despite the official White House mandate being ‘shelter-in-place,’ over the weekend, the guy who runs the White House tweeted, ‘Liberate Michigan,’ ‘Liberate Minnesota’ and ‘Liberate Virginia,’” Kimmel said. “This from a man who refuses to even liberate Melania!”

After describing President Trump’s comments as “irresponsible to the most unbelievable degree,” Kimmel shifted to targeting the protesters themselves, accusing them of being on a suicide mission. “I get that people need to go back to work, I do,” Kimmel said. “But the point of ‘stay-at-home’ is to get a lid on this, so we can get back to work. And then stay at work. I’m starting to think that these characters who support Trump might be suicidal. They seem to fight hardest for the things that will kill them.”

He ended his vile rant by pushing the stereotype that Trump supporters only love guns and pollution, adding that they are not “too bright.”

“They want the freedom to gather in large groups during an epidemic,” Kimmel continued. “They want guns. They want pollution. I figured it out: They want to die and they’re taking us down with them.”

As a wealthy member of the liberal elite who is still able to keep his job amidst this panic, it’s easy for Kimmel to get up on his high horse and lecture the millions of working class Americans who have no way to make ends meet right now. He is so out of touch with what working Americans are feeling that all he can do is look at their protests with condemnation, instead of opening his heart (and wallet) to see the place of desperation from which the protests come.

Kimmel can whine about the protests from his Hollywood mansion all he wants, but it’s not going to stop working Americans from doing whatever it takes to get this country up and running again. We don’t have time to listen to the rants of a smug liberal late night host who has no idea what he’s talking about.

This piece was written by PopZette Staff on April 22, 2020. It originally appeared in LifeZette and is used by permission.

Trump Questions Briefings After Media Runs with Disinfectant Comment: ‘Not Worth the Time’

Trump Camp Expects Rallies Will Return Ahead of the Election