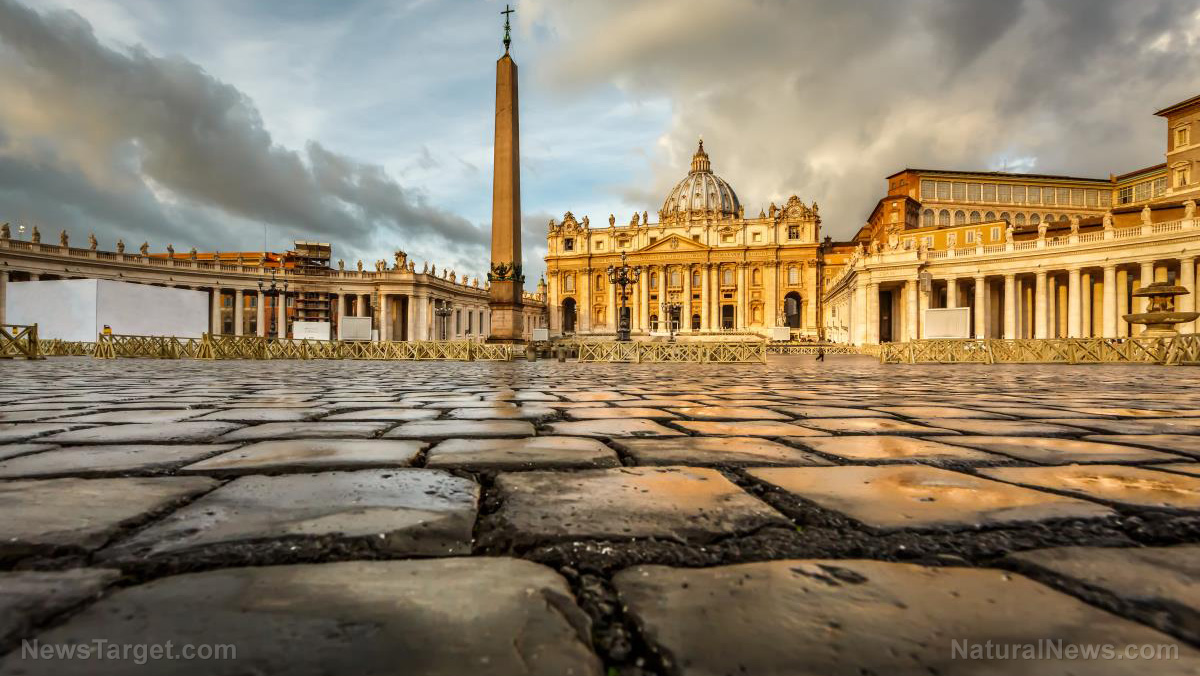 (Natural News) Parishioners who attend the Church of St. Francis Xavier in New York City are reportedly now being asked to recite a “pledge for racial justice” during Mass that affirms “white privilege and the culture of white supremacy must be dismantled.”

The Jesuit-led Roman Catholic parish, run by Rev. Kenneth Boller, S.J., is apparently going full anti-white as the expectation following communion is that parishioners vocally commit to tearing down the systems of “whiteness” that supposedly contributes to “systemic racism.”

Stolen from the First Unitarian Church of Dallas, Texas, the pledge, which was “revised” by the Church of St. Francis Xavier, declares that the parish “joins with people throughout the world in committing itself to racial justice.” Parishioners are then asked to respond “yes” to a series of questions about “justice,” “equity,” and “compassion in human relations.”

The list of questions goes on and on, repeatedly addressing the “evils” of “whiteness” and the need to eliminate “whiteness” from the planet, including within the Roman Catholic Church.

“Will you commit to help transform our church culture to one that is actively engaged in seeking racial justice and equity for everyone?” the recitation reiterates, asking parishioners to respond in the affirmative.

“Will you strive daily to eliminate racial prejudice from your thoughts and actions so that you can better promote the racial justice efforts of our church?” it further adds.

In addition to coercing parishioners to basically swear an oath of opposition to “racism” and “whiteness,” the Church of St. Francis Xavier also held a workshop recently entitled, “Dismantling Racism,” the purpose of which was to teach white people “to better understand white privilege.”

Led by Kara Dansky, a former senior counsel at the American Civil Liberties Union (ACLU) and meditation instructor, the workshop is said to have been centered around promoting ideas like “inclusivity” and “respect,” specifically in the direction of white people who, because of their white skin, are automatically “racist.”

“Over the years this has led to the establishment of the Xavier Mission with its outreach to feeding, clothing and sheltering the homeless, establishing a strong program of spiritual direction to help parishioners deepen their prayer life, providing a spiritual home to members of the LBGTQ+ community and many other initiatives,” Boller told Breitbart News in a statement.

“All these initiatives emanate from our commitment to putting Catholic social teaching into practice through works of charity and acts of peace and justice,” he added.

For at least the past two years, the Church of St. Francis Xavier has been focusing its propaganda around the idea of “racism.” It recently put up a large shrine with images of George Floyd, Breonna Taylor, and other blacks whom the left-wing media has been claiming are victims of police brutality by racist cops.

“After the death of George Floyd, the Church of St. Francis Xavier wished to be even more pro-actively anti-racist,” Boller proudly stated about the mission of his “church.”

“In that context, we adapted a version of a pledge for racial justice used elsewhere in Christian circles,” he added. “We invite people to take the pledge … after the post-communion prayer and before the final blessing – a time when many churches have announcements.”

For more related news about the apostasy of modern-day religion, which is turning increasingly anti-white, be sure to check out Evil.news.

Federal agents will deploy to Chicago

Microsoft to continue talks to buy TikTok from ByteDance

Portland protests have no goal except violence and anarchy

Past Crises Have Ratcheted Up Leviathan. The COVID-19 Pandemic Will Too.

We must defeat the US trade deal

Why are Apple Pay, Starbucks' app, and Samsung Pay so much more successful than other wallet providers?

Trump to meet with police, not Jacob Blake’s family during Kenosha visit

U.S. in a 'better place' than 2 months ago, Pence says, despite COVID-19 surges in several states