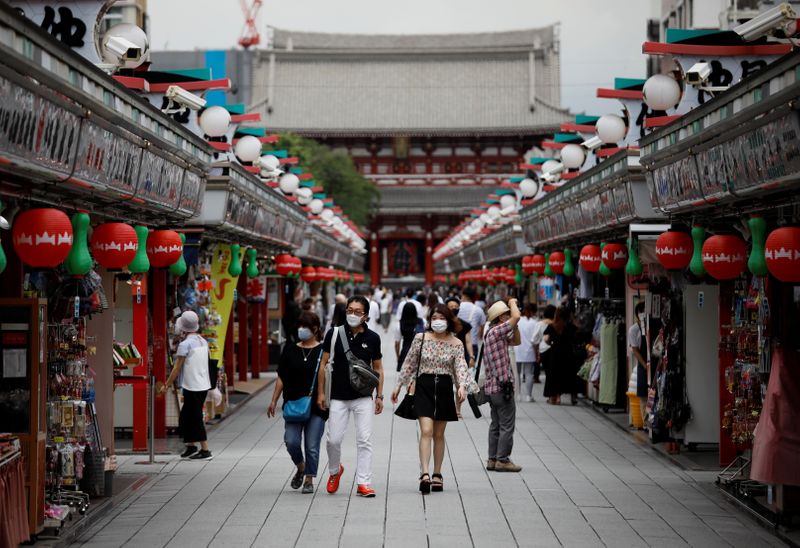 TOKYO (Reuters) – Japan’s government is pushing ahead with the distribution of its much derided masks even though commercially made masks are now readily available, prompting a renewed outcry on social media.

Dubbed the “Abenomask”, which means Abe’s mask and is a pun on Prime Minister Shinzo Abe’s “Abenomics” programme, the washable gauze mask has been criticised as ill fitting with quality issues and as a waste of public money.

First introduced amid a mask shortage as the coronavirus spread in Japan, some 130 million have been distributed to households and the government is still working on sending out 80 million of a planned 157 million to facilities such as nursing homes and day care centres.

“Using taxes like this is no laughing matter,” comedian Zenjiro said in a Twitter post. His tweet was one of more than a hundred thousand after an Asahi newspaper report about the continued distribution of the masks.

Japan is seeing rising coronavirus infection numbers as it increases testing and opens up its economy. As of Monday, Tokyo had logged more than 200 new cases in six of the last seven days. The capital confirmed around 270 further cases on Tuesday, the Nikkei business daily reported.

A Kyodo news agency poll this month found that around two thirds of respondents were in favour of a reintroduction of a state of emergency.

South Dakota Gov Christi Noem: Not Going to School Is Worse for Kids Than COVID-19

The “new normal” paradox: What COVID-19 has revealed about higher education

When Did We Lose to China?