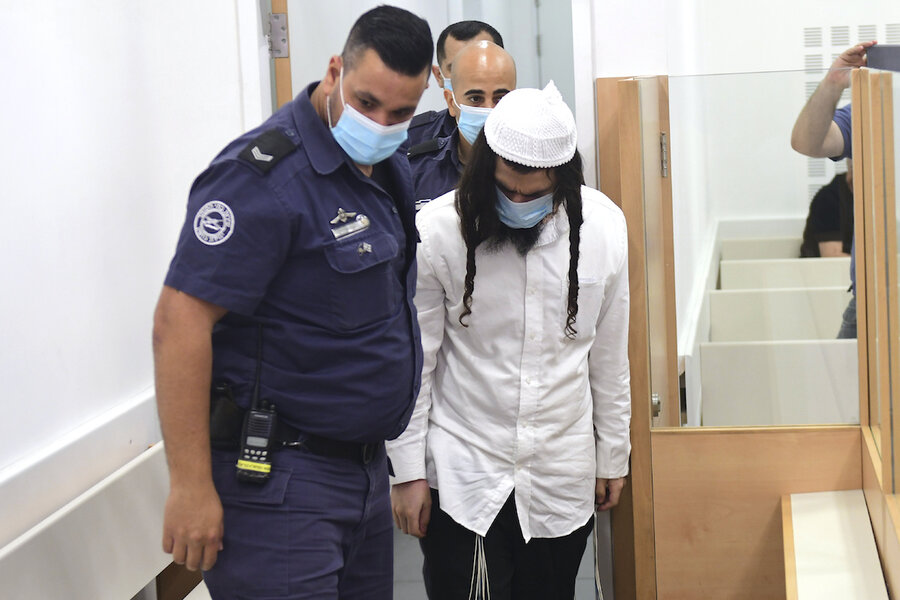 An Israeli court on Monday handed down three life sentences to a Jewish extremist convicted in a 2015 arson attack that killed a Palestinian toddler and his parents.

The Lod District Court found Amiram Ben-Uliel, a Jewish settler, guilty of murder in May for the killing of the toddler Ali Dawabsheh by firebombing his home in the West Bank village of Duma.

The toddler’s mother, Riham, and father, Saad, later died of their wounds. An older brother, Ahmad, survived the attack.

The court said Mr. Ben-Uliel’s “actions were meticulously planned, and stemmed from the radical ideology he held, and racism.” It said the punishment was “close to the maximum penalty prescribed by the law.”

The 2015 arson attack came amid a wave of vigilante attacks on Palestinians in the occupied West Bank by suspected Jewish extremists. The deadly firebombing in Duma touched a particularly sensitive nerve, drawing condemnation from across Israel’s political spectrum.

Critics, however, noted that lesser non-deadly attacks, such as firebombings that damaged mosques and churches, had gone unpunished for years. And as the investigation into the Duma attack dragged on, Palestinians complained of a double-standard, where Palestinian suspects are quickly rounded up and prosecuted under a military legal system that gives them few rights while Jewish Israelis are protected by the country’s criminal laws.

“What will the court’s decision give me? What will it give to Ahmad?” the child’s grandfather, Hussein Dawabsheh, told reporters outside the courtroom on Monday. “It won’t return anything to him.”

The convicted man’s wife, Orian Ben-Uliel, told reporters after the sentencing that “the judges didn’t seek justice or truth. They decided to incriminate my husband at any price.” She said the family would appeal to Israel’s Supreme Court.

The Shin Bet internal security service had said Mr. Ben-Uliel confessed to planning and carrying out the attack, and that two others were accessories. It said he claimed the arson was in retaliation for the killing of an Israeli by Palestinians a month earlier.

Mr. Ben-Uliel belonged to a movement known as the “Hilltop Youth,” a leaderless group of young people who set up unauthorized settlement outposts, usually clusters of trailers, on West Bank hilltops – land the Palestinians claim for their hoped-for state.

The Hilltop Youth have been known to attack Palestinians and even to clash with Israeli soldiers in response to perceived moves by the government to limit settlement activity.

Later in 2015, Israel faced a wave of stabbing, shooting and car-ramming attacks by Palestinians. Most were carried out by lone attackers with no connection to militant groups.

Venice stages its first boat race since the lockdown

World should learn from Wuhan’s COVID-19 experience: WHO

Before You Invest In Gold & Silver ETFs & Mining Stocks – Watch This