Originally published on Ancient Origins on 2020 06 10 by Ed Whelan https://www.ancient-origins.net/news-history-archaeology/ancient-log-boat-0013836

In Ireland, a schoolboy went for a paddle and found a log boat that could date to the Stone Age . The boy, while playing in a nearby lake, came across a well-preserved boat that is possibly 4000 years old. The find is potentially of great significance because very few log boats have been found in good condition in the British Isles.

The amazing discovery was made by Cathal McDonagh, age 12, who is from Roscommon in the West of Ireland. While studying, he became bored and decided that to paddle in a local lake. He put on a pair of rubber boots and headed for the water, which is just behind his house. While he was paddling, he came across something unusual.  Cathal’s mother, Eileen, told The Independent that, “He was only in above his ankles when he hit upon this. It was that easily found”. 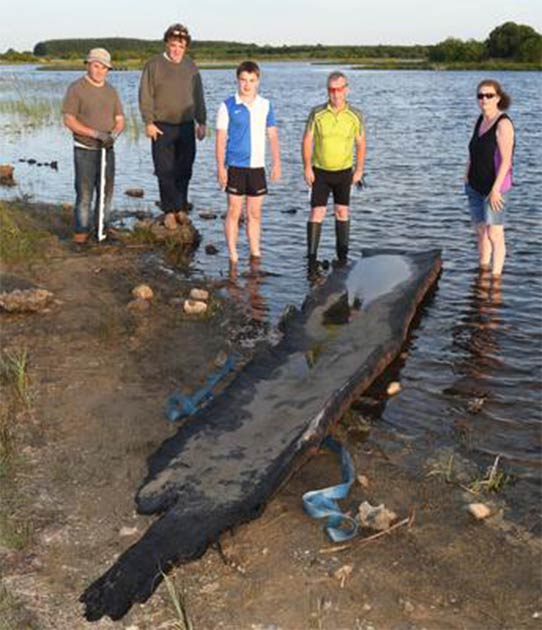 Cathal McDonagh and his family with the five-meter log boat that could date from 2,000 BC. (Courtesy Mick McCormack via Irish Central )

Cathal had come across an ancient boat hewn out of a log and ran back home. He told his mother and she said, according to The Independent , “I just presumed it was a fencing post, which could easily end up in the water as it’s surrounded by farmland.” Cathal’s father, mother, and two sisters went down to the shore, out of curiosity. Eileen told The Herald that, “We could see one end of it sticking up and then we could feel the outline of it.” The boat was sunk in the sand and one end was sticking out of the water.

The family dug the boat out of the sand and dragged it on to land.  It measures 15 feet (5m) and about two feet wide (.7m). Cathal and his family knew that it was not something that had just been dumped into the lake and guessed that it was of historic importance. They took pictures of the find and sent them off to the relevant authorities. According to The Independent , “The family was advised to put the boat back in the water to preserve it.” A team from the Underwater Archaeology Unit, part of the Irish Department of Culture, will eventually examine the boat and search the location for other archaeological artifacts that might be in the lake.

There is a possibility that the log boat dates back to the Late Stone Age, known as the Neolithic period , when people were adopting farming and forming settled communities. It is known from other finds in Northern Europe, that Stone Age people made dugout canoes. One that has been carbon-dated to 5000 years ago was found in the River Boyne in Ireland in 2018.  However, according to The Herald , “What adds an extra layer of intrigue to the discovery is that while a river may have flowed through the area thousands of years ago, the lake is inland, small and home to at least one crannog.” 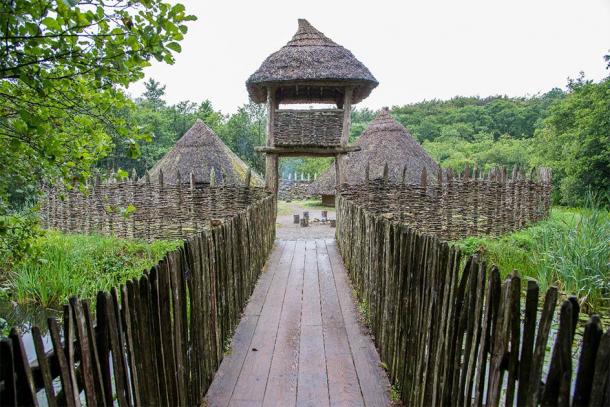 A crannog is an artificial island that was built in a lake or estuary. They were used as dwellings for thousands of years in Ireland. They offered people a refuge from raiders and their enemies. Based on literary sources and archaeological records, they were often surrounded by wooden palisades, which surrounded large wooden structures. Crannogs were used by petty kings and chieftains as strongholds in Ireland up until the 18 th century.

The fact that the boat was found at the site of a crannog may indicate that it dates to the Middle Ages . Irrespective of whether it is medieval or Neolithic, it is an important find. Few boats have survived from either period.  It seems that the schoolboy’s chance discovery will make an important contribution to Irish archaeology .

Stephanie Pomboy – We’re Close To One Hell Of A Top In Stocks, Plus Fred Hickey – Catalyst For Even Higher Gold Prices

AOC Nominated Sanders Because Of Procedure — And To Make A Point

Shenzhen, a miracle that began in 1980

“This Is Just The Start”: US Bankruptcies Soar 48% In May, Most Since Financial Crisis

Why do we celebrate the 4th of July? Independence Day facts, history

This Barn Has Waited 50 YEARS To Be Used Like This Again!

Trump Supporting Dem Fires Back at MSNBC Host for Insulting Him: ‘I Don’t Fit Your Narrative’

If Trump Wins Again, Don't Blame Progressives. This Is on You, Centrists By Ted Rall