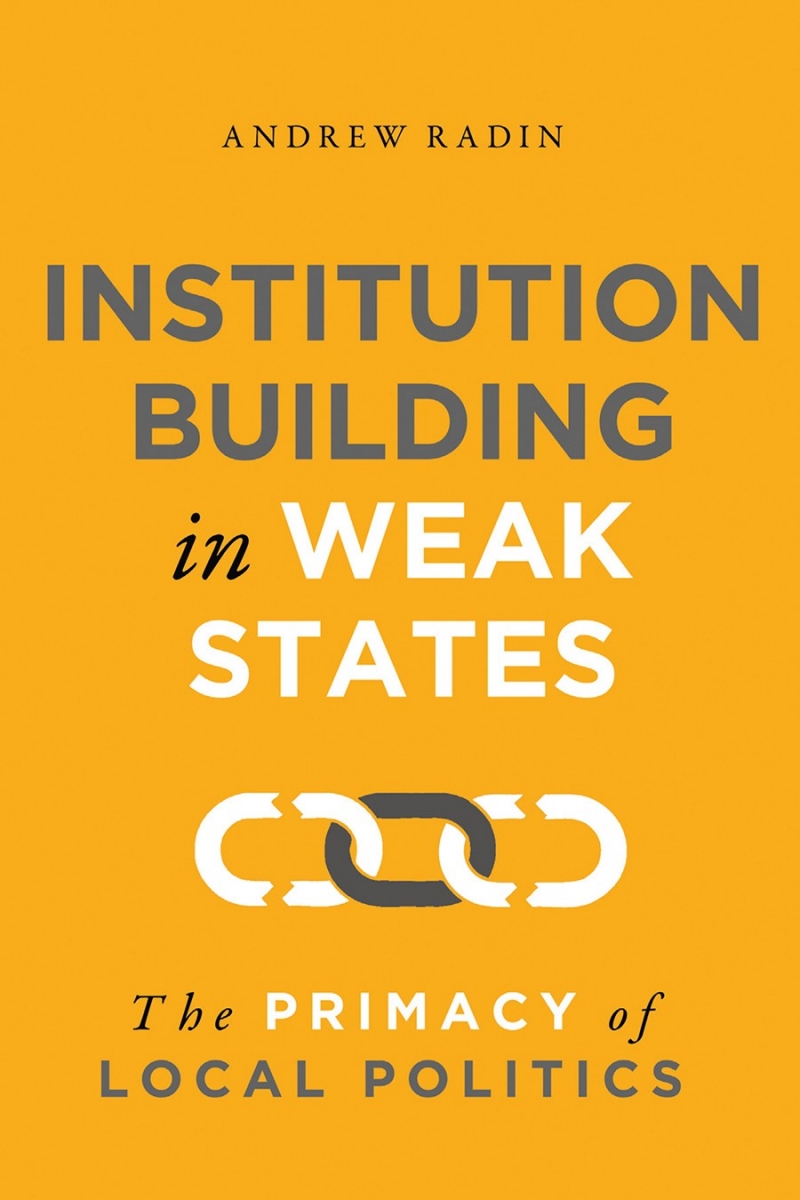 The effort to improve state institutions in post-conflict societies is a complicated business. Even when foreign intervention is carried out with the best of intentions and the greatest resources, it often fails. What can account for this failure? In Institution Building in Weak States, Andrew Radin argues that the international community’s approach to building state institutions needs its own reform. This innovative book proposes a new strategy, rooted in a rigorous analysis of recent missions.

In contrast to the common strategy of foreign interveners — imposing models drawn from Western countries — Radin shows how pursuing incremental change that accommodates local political interests is more likely to produce effective, accountable, and law-abiding institutions. Drawing on extensive field research and original interviews, Radin examines efforts to reform the central government, military, and police in post-conflict Bosnia and Herzegovina, Kosovo, Iraq, and Timor-Leste. Based on his own experience in defense reform in Ukraine after 2014, Radin also draws parallels with efforts to improve state institutions outside of post-conflict societies.

Institution Building in Weak States introduces a domestic opposition theory that better explains why institution building fails and what is required to make it work. With actionable recommendations for smarter policy, the book offers an important corrective for scholars and practitioners of post-conflict missions, international development, peacebuilding, and security cooperation.

This report is part of the RAND Corporation commercial book series. Periodically, RAND Corporation researchers publish with commercial presses. These books are not available from RAND but can be requested directly from the publisher, except in cases where the rights have reverted to RAND and we have republished a new edition.

The RAND Corporation is a nonprofit institution that helps improve policy and decisionmaking through research and analysis. RAND’s publications do not necessarily reflect the opinions of its research clients and sponsors.

ALL GLORY TO GOD!!! IT’S TIME TO GET ON YOUR KNEES AND PRAY!

Meet Biscuits And Gravy, The Kitten That Was Just Born With Two Faces

Reporter on the ground in Seattle details ‘anarchy’ on the streets

This Is A Screwed Up Mess!!

The Future of Hong Kong