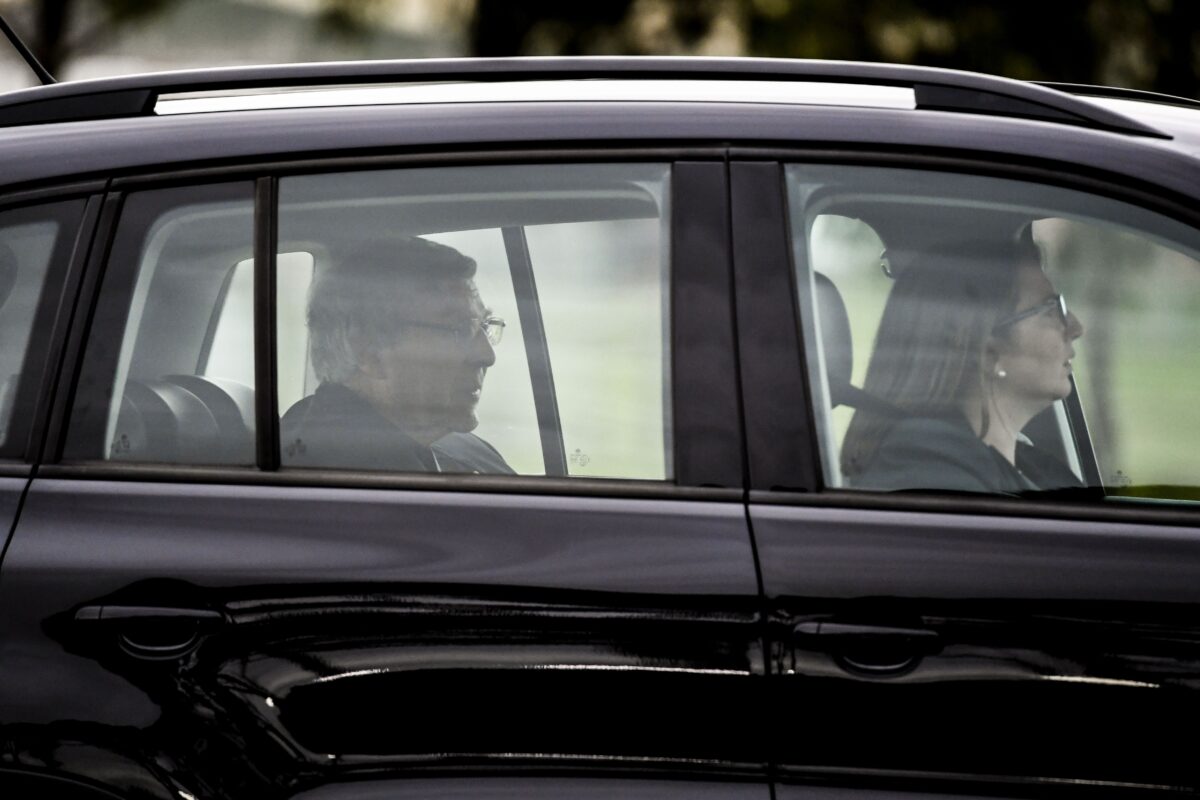 The April 7 acquittal on appeal by the highest court in Australia of George Cardinal Pell on his conviction for “historic sexual abuse’” is a welcome development in every respect.

Cardinal Pell has been a distinguished and widely respected Christian leader within the Roman Catholic Church, in relations with other Christian churches, and generally as a spokesman for Judeo-Christian values and their contemporary application in metropolitan pluralistic communities. He cooperated closely with the Anglican archbishop of Melbourne in a number of civic projects and as a member of the Roman Curia was generally seen as traditional in his beliefs but contemporary and conciliatory in matters of administration.

He was eventually accused of tolerating systematic sexual abuse by priests in his archdiocese of young people, and of having been guilty of such abuse himself. He never wavered in his emphatic rejection of every aspect of the charges. Given his prominence in Australia and his international and ecumenical stature, the charges against him escalated to a mighty confrontation between the supporters of the Roman Catholic Church and its enemies of every kind and motivation.

It became a sort of secular Dreyfus Case (the French army captain accused of treason in 1894 and convicted on flimsy evidence, apparently because he was a Jew, convicted, sent to Devil’s Island, but ultimately acquitted, reinstated, and decorated as a national hero). The charges personally against Pell were always weak: an uncorroborated denunciation of past conduct from a very challengeable complainant.

All of Western society is now familiar with the practice of charging and convicting people of sex offenses against women or minors, often with retention of anonymity of the accuser and after a long time has elapsed. The circumstances that have led most of Western civilization to vest such a lop-sided power in the hands of a specific category of plaintiff and the prosecutor who charges the case, are both too complicated and too well-known to merit elaboration here.

There is a consensus that women and children were comparatively defenseless, legally and otherwise, and that their defense and where appropriate, retribution, and the conviction of perpetrators of such sex crimes, requires and justifies an unequal balance of proof in such cases.

In practice, this has effectively stripped away the presumption of innocence, and it has dispensed with the requirement for proof beyond a reasonable doubt, the two ancient pillars of criminal justice in the English-speaking world. No responsible person doubts that relatively defenseless people deserve some sort of equalizing measure to strengthen their deterrent status and their chances of retribution.

It is equally true that in addressing this problem as we have, throughout much of the advanced world, we have put another category of people in extreme danger of injustices just as offensive and dangerous to the equitable operation of our criminal laws as the inadequate protections they were designed to remove.

The case of Cardinal Pell is an epic chapter in this great controversy, because it has risen to the top of secular concerns about the abuse of subordinate and effectively defenseless people by the Christian priesthood, a problem so serious in its gravity and its extent that it has been a shadow over the entire institution of organized Christianity. Such a challenge necessarily influences the ecclesiastical and philosophical beliefs of an immense number of people throughout the world.

Viewed from this perspective, as an assault on the Roman Catholic Church, in the person of one of its leading officials, it has been an important victory not just for Cardinal Pell and his Church, but for Christianity, and due legal process. Even without his direct accuser’s psychiatric history, which, along with other relevant evidence was withheld from the jurors, the normal requirements of balance of proof for criminal conviction could never remotely be met by the prosecution case here.

It was such a flawed prosecution, there is room for ample suspicion that the Australian public broadcaster, the tax-funded Australian Broadcasting corporation, cooperated with semi-rogue elements of the State of Victoria (Melbourne) police in beating the bushes for ancient complaints about Cardinal Pell. This was an outright hunt for criminal complaints where none had spontaneously emerged, even in an atmosphere that encourages such charges if there is any plausibility to them at all.

In such cases in Australia, there is no option for trial by a judge alone; juries are obligatory and in a loaded case like this, there is no chance of a fair atmosphere of public  even-mindedness, especially when influential sections of the media are conducting a daily witch-burning crusade against the defendant.

The administration of evidence was an outrage and was ultimately determined to be so, as the timing claimed by prosecutors was impossible and the credibility problems of the chief witness were concealed from the jury. Despite all this, the cardinal got a hung jury in the first trial, but the prosecutors went back at it and succeeded, and inexplicably, the court of appeal upheld the conviction.

Finally, Australia’s highest court threw it out and severely criticized the lower courts. Without for an instant diminishing the gravity of the sexual abuse crisis in religious organizations, it reinstated the necessity of some sort of proof in such cases, at the least a plausible argument. Cardinal Pell still faces civil suits, but he is absolutely not guilty of crimes.

The real assailant in this case has been atheism, not just the absence of religious faith, which is evidently a widespread phenomenon and one that is everyone’s right to hold and to advocate. Rather, it is anti-theism, nihilism, the proposition, Nietzschean at its most persuasive and epigrammatic, that there are no spiritual forces of any kind in the cosmos; there is absolutely nothing except what we can regularly perceive, that anything beyond saccharine velleities of niceness is superstitious foolishness.

Swaddling itself in legitimacy, righteousness, and the championship of the vulnerable, with more than a dash of Christophobia, the militant temptation of nihilism assaulted the primordial human urge for some divine inspiration or intelligence, even as an agnostic possibility. Faith, belief, and even open-mindedness were in the dock with the cardinal. The objective is to expel any deism or supernatural thought, and to create a vacuum, which will inevitably be occupied by mere mortals.

At best, great (but far from saintly) men like Alexander the Great and Julius and Augustus Caesar elevate themselves to the status of deities. Just as likely, immensely wicked men like Hitler and Stalin and Mao Tse-tung ascend to superhuman powers in the name of less distinguished and humane concepts of life than Judeo-Christianity.

This, more than the perversion and putrefaction of criminal justice, is the greatest danger in this sort of symbolic case, where the principal humanizing element of two thousand years of Western civilization can be damaged by a spurious prosecution of an individual in an Antipodean courtroom. The imprisonment of Cardinal Pell, was not more justifiable than the detention of Cardinal Mindszenty (Budapest) or Cardinal Wyszynski (Warsaw) by the communists.

The Roman Catholic Church is the most visible and extensive candidate for the position of the church that Jesus Christ allegedly urged St. Peter to found. Its contributions to civilization are well-known, and its corruption and sinfulness notorious. Like all institutions, it suffers from the fact that all people are sinners, and some of them are evil.

The danger in a Pell-type coruscation of these vast and profound contests for the faith of man, is that the apparent end of the issue may ramify far more widely than the facts adduced justify. Cardinal Pell was innocent of the charges, but the Church tolerated terrible things. It remains an organization that has done much good and some bad. And ultimately, everyone will have to work out individually what they think their relations are with the universe where we live, with the intercession of any churches or not.

Controversies like this can be very disruptive, but at least, in the end, justice was done. The Church isn’t vindicated, but for once and at last, the state is.

Conrad Black has been one of Canada’s most prominent financiers for 40 years, and was one of the leading newspaper publishers in the world. He is the author of authoritative biographies of Franklin D. Roosevelt and Richard Nixon, and, most recently “Donald J. Trump: A President Like No Other.”

If Half the Country’s Deaths Were in Montana, Would New York Shut Down?

Victoria Cops Killed on Duty to Be Farewelled

Reading Dostoyevsky and Contemplating Freedom During the Coronavirus Shutdown

News Analysis: Why a Small Nation Like Belgium Is Having a Major Virus Outbreak

An independent COVID-19 investigation is an imperative