After federal agents this summer moved to detain and charge multiple visiting Chinese academics for their undisclosed links to the People’s Liberation Army while at US research universities or laboratories (often involving outright deception to federal agencies), Beijing has escalated things with its own unprecedented warning.

A WSJ exclusive published Saturday cites several sources to say Chinese government officials are threatening to arrest American nationals working or residing in China in response to the DOJ prosecutions of Chinese military-linked researchers. The report cites a series of warnings communicated via “multiple channels” since the summer, including directly to the US Embassy in Beijing. 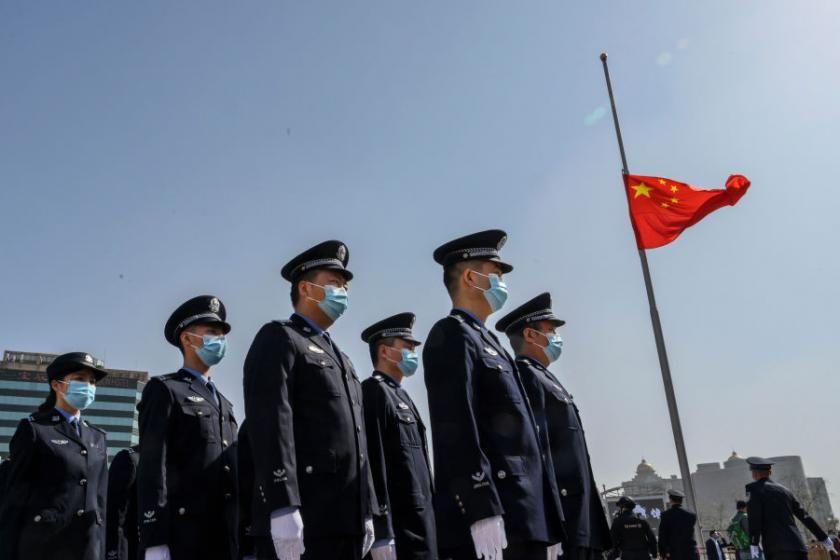 Recall too that after a developing tit-for-tat, last month the Trump administration announced that it is “blocking” many students from China from obtaining visas to America, specifically graduate students focusing on research in scientific and medical fields over fears they could steal sensitive research, especially related to coronavirus data or the search for a vaccine.

And there was also the mid-July diplomatic fiasco involving Chinese national Tang Juan, a University of California-Davis researcher previously admitted on a J-1 visa, who was alleged to have hid out in the Chinese consulate in San Francisco after being sought by the FBI for lying about her PLA affiliation. She was taken into custody and charged later that month, along with a handful of others, including a visiting scholar at a Texas research institution.

And three weeks ago a Chinese scientist accused of stealing trade secrets from a leading American researcher at the University of Virginia had all charges dropped against him after a court concluded he had authorization to access the information in question. But there’s now been monthly instances of the DOJ rounding up Chinese academics under such suspicions.

It now appears Beijing too is ready to go ‘gloves off’ as the WSJ details:

The Chinese message, the people said, has been blunt: The U.S. should drop prosecutions of the Chinese scholars in American courts, or Americans in China might find themselves in violation of Chinese law.

Though the threats up until now have not been detailed to the public, the warnings via diplomatic backchannels began this summer, according to the report, which characterized the communications as a “blunt message”.

“China started issuing the warning this summer after the U.S. began arresting a series of Chinese scientists… the people said,” the report adds.

Though both sides, including the US State Department, are keeping mum over the potential retaliatory move Beijing is said to be mulling, the US last month did issue a travel advisory telling Americans that given deteriorating Sino-US relations on multiple fronts, especially the Hong Kong national security law issue and a growing blacklist related to Chinese tech firms, they must remain hyper aware when traveling of the possibility for the Chinese government to detain other countries’ citizens “to gain bargaining leverage over foreign governments.”

However, Beijing has claimed that this is precisely what the United States and Western governments are doing in the first place, offering as a foremost example the case of Huawei executive Meng Wanzhou, which has marred Canada’s diplomatic ties with China. Beijing has said the US was clearly an “accomplice” in her continued detention.

Guttenberg Has Again A Doctorate

Woman, 27, with heart condition collapsed and died at garden party

Lifting the clouds of doubt over voting

Fight Back Against Anti-Gun Businesses

Move over book club, a women's circle is the only group to join in 2020

It’s All About the Investigation

78 Days Will Determine the Fate of America

I Found a Clinton-Trump Voter