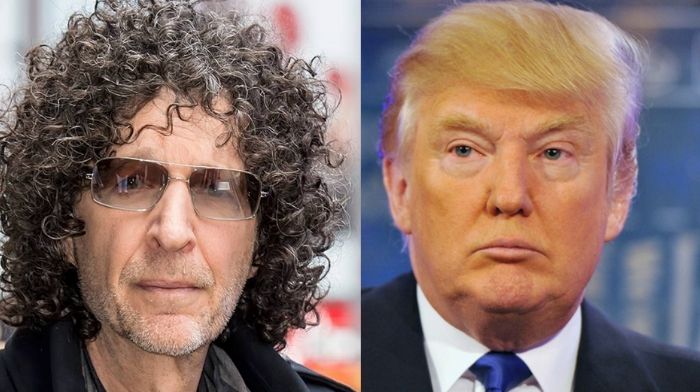 During radio host Howard Stern’s show on Monday, he called for President Donald Trump to resign due to comments he made about disinfectants.

“Boy, oh boy, I got to tell my buddy Donald Trump, Jesus Christ, resign from the presidency. Do the world a favor. You don’t want to be president. Go work at Mar-a-Lago. Have a nice rest of your life,” Stern said, according to Breitbart News. “This guy is out of his f-cking mind. I don’t know what Donald is doing. I mean, when he holds a press conference, it’s like you go oh f-ck.”

“I don’t know what to say what’s going on with Donald. I mean, these statements are idiotic,” he added. “Hey, I have this idea. Maybe since Clorox works on surfaces, couldn’t they just pour Clorox into your a$$hole.”

Stern then shifted from solely attacking Trump to bashing his millions of supporters all over the nation. “I would love it if Donald would get on TV and take an injection of Clorox and let’s see if his theory works,” the shock jock said. “Let him, volunteer. Or hold a big rally, say f-ck this coronavirus, with all of his followers, and let them hug each other and kiss each other and have a big, big rally.”

“A big cocktail of disinfectant,” co-host Robyn Quivers chimed in.

It’s disturbing that the Left has become so deranged that wishing death upon the president and millions of conservative Americans is considered to be acceptable. If Stern had said this about supporters of Barack Obama, he would immediately be blacklisted from the entertainment industry. Since he said it about Trump supporters, however, you should not expect for him to suffer any consequences for his vile words. The hypocrisy of liberals never ceases to amaze, and it’s sickening.

This piece was written by PoliZette Staff on April 27, 2020. It originally appeared in LifeZette and is used by permission.

The Rabbit Hole: The WHO – Hijacked by Marxist Ideology?

Trump Hails US Coronavirus Testing as Infections Cross a Million