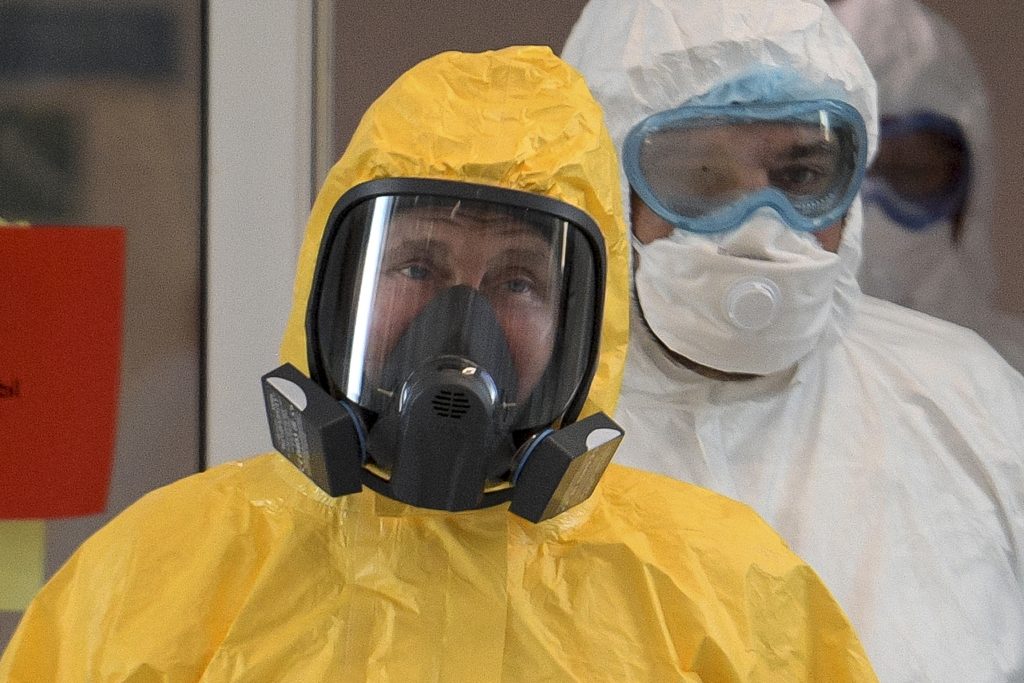 Russian President Vladimir Putin has never been interested in promoting democracy in the Middle East. Instead he has focused on stability, which is why the Russian President has always wanted his country to be on an equal footing with the US regarding its influence in the region. Putin believes that American interventions in the Middle East have had a destabilizing effect.

The Russian Government was also one of the key signatories of former US President Barack Obama’s Iran Deal, and Donald Trump’s exit from this agreement has caused him to face a collision course with his Russian counterpart. That is because Putin wants to continue to exert his influence over the Islamic Republic by supporting the deal.

The Number of COVID-19 Cases in Russia is Skyrocketing

With the coronavirus spreading across the globe, many nations were distracted with domestic responses to this pandemic as Russia once seemed to remain relatively unaffected by COVID-19. In March, they only had seven confirmed cases. Putin used the virus as an opportunity to further spread his influence across the globe as he sent medical supplies and staff to Italy and Serbia. He also sold equipment to the US.

Since then, the number of COVID-19 cases in Russia has skyrocketed. The country currently has more than 21,100 officially registered cases and 170 deaths. The outbreak appears to still be in its early phase and has the potential to expand to a much higher number.

With the Russian economy likely to shrink by 0.8 percent this year, the Russian Minister of Finance Anton Siluanov told Al-Jazeera that the oil boom and the prosperity his country enjoyed during the 2000s is unlikely to return. Having lost billions of dollars to Western sanctions as well, the coronavirus could not have come at a worse time for Russia.

Putin’s Attention Could Shift Away from the Middle East

With the chances of a domestic crisis brewing, this could well mean that Putin will focus his attention on national priorities and this will affect his Middle Eastern strategy.

His ventures abroad have not earned him much praise either. An August 2019 poll conducted by Public Opinion Foundation discovered that only 10 percent of respondents thought his intervention in Syria was a success. If the Russian President continues to focus on foreign interventions, his support is likely to sink further.

What Can Trump do about Putin’s Middle Eastern strategy?

If Russia does retreat from the Middle East as a result of the coronavirus, this is also an opportunity for the US to reassert itself as the predominant external power in the region, regardless of who is occupying the White House.

Washington should stress that Moscow should be responsible for rebuilding Syria. As Charles W. Dunne of the Arab Center Washington DC argues, Russia might undergo a trajectory change in its policies with a bit of payback from the US, whether bilaterally or via an international forum such as the UN.

The Trump administration also needs to start drawing some red lines with its allies. For example, it threatened Egypt with sanctions for acquiring Russian weapons.

Russia will no doubt become an electoral issue again in November and both Trump and presumptive Democratic nominee Joe Biden are likely to have different views on Moscow. Both candidates must make clear that preventing Putin from having a free rein in the Middle East will be one of their top priorities.

COVID-19 represents a significant setback for the Russian President’s Middle Eastern strategy, but once the US shifts its priorities away from tackling the virus, it is also an opportunity for Washington to start preventing Russia from influencing Syrian politics further in the future. If Trump receives a fresh mandate from the American electorate in November, he must prove that he is not in Putin’s pocket and match his rhetoric with action.

What 'Excess Deaths' Do and Don't Tell Us About COVID-19

White House Economist: Ventilator Supply Will Be Sufficient in Case of Fall Outbreak

The World Is Going Back To The Inflation-Proof Safe Haven: Gold

The Globalist Supply Chains Are Broken, US prepares To Shift Uranium 1 Back To US: Marin Katusa

Johnson promises plan next week for return to schools and work

What is NESARA and Does it Matter to Me?

Brickbat: Rescuing You from Yourself