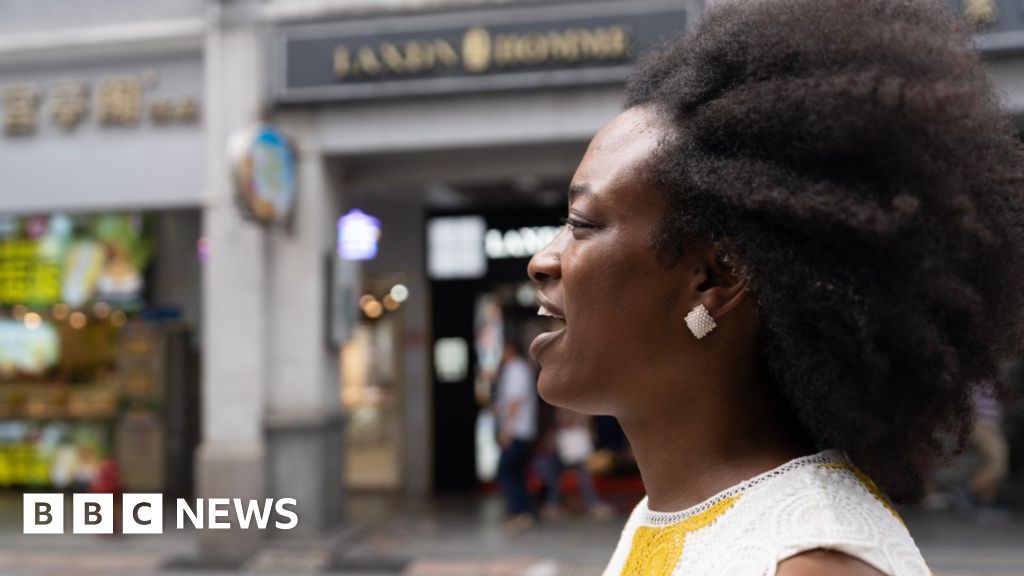 The killing of George Floyd and the Black Lives Matter protests across the world have prompted many conversations that might never have happened before. Jasmine Cochrane, 37, had one of them at the school where she teaches in China.

Jasmine’s hometown, Picayune, got its name from a Spanish coin that is worth less than a penny.

The small city enjoyed a moment of fame when the eye of Hurricane Katrina charged through it in August 2005. For a few days, photos of Picayune’s wall of downed trees featured in a few national newspapers. But Katrina had caused far worse damage to neighbouring New Orleans, so the media’s attention quickly moved on.

“Picayune literally means ‘something so unremarkable and of such little worth’,” Jasmine laughs. “You couldn’t make it up!”

As an African American woman in the Deep South, Jasmine knew the value assigned to her.

When she was a child and she played outside by the oak trees, men would speed their vehicles towards her, swerving just in time to miss her, laughter booming out of their truck windows.

When she was at high school, working part-time at the checkout of her local Walmart, a customer yelled at her for no reason.

“Did you see his ring?” Jasmine’s boss asked.

The racism Jasmine grew up with on the border of Mississippi and New Orleans was raw, and unhidden.

Soon after college, in her early 20s, Jasmine settled down, married and had two daughters. She and her husband talked of moving abroad, but it remained just a vague idea until one day Jasmine took the bull by the horns. She cornered her husband.

They looked at each other and smiled. The decision was made. Once they started talking to friends about it, someone suggested China was looking for teachers. It would be a great opportunity for the girls.

So in 2016, when the children were two and six, Jasmine and her husband moved to China, initially teaching at a high school in the north of the country and then in 2018 moving to Guangzhou in the south.

The racism she has experienced in China, a country where 91% of the population are Han Chinese, stems from naivety and ignorance, she says.

On the street people have rubbed her skin and felt her hair, and some have followed her. It has felt invasive and annoying but not cruel.

In class, though, she’s faced a different set of problems.

Jasmine knew that it was very possible that she would be the first black person that her students had come into contact with. She would certainly be the first in a position of authority. She’d have to give the order of the syllabus a lot of thought.

The Black Lives Matter protests prompted one of Patrick George’s friends to ask him a question that no white person had asked him before.

‘Talking to my white friend about race, for the first time’

In Guangzhou, Jasmine has been teaching English literature and language to students aged 14 to 16. Keen to discuss black history with them, she nonetheless made a decision to steer clear of stories about slavery to begin with.

“If your introduction to a group of people is slavery, then what happens is there’s this development of a paradigm that these people are weak,” she says.

So she started with the story of Mansa Musa, the Malian Emperor who was said to be the richest man of the Middle Ages. The literature of the transatlantic slave trade was only one horrific part of the black story, she told them. Not the beginning and certainly not the end.

Most of the students took in what Jasmine was saying and asked pertinent questions. But some resisted.

They queried her stories about African wealth and civilisation. They also took issue with the autobiography of African American anti-slavery writer Frederick Douglass, who fought back against a farmer who whipped him, ran away to Massachusetts and became a writer and orator. It felt like fiction, one student said. Another asked if a white teacher could come along to corroborate what Jasmine was teaching them.

There was also a student who wrote Jasmine a letter saying she would prefer a white teacher. She couldn’t understand how black people could demand equality, she added, they needed to earn it.

Jasmine was stung but she forced herself to think how best to handle this with sensitivity to her students and the new culture she was in.

She asked some of her white colleagues to help. They did. They spoke to the pupils and challenged them to think about why it was that they couldn’t accept the word of a black teacher.

When the students returned to school after China’s lockdown ended in April there was a tangible shift. Jasmine had been teaching the same students for nearly two years, and it was clear that something was playing on their minds. They quickly let her know there was something they wanted to talk about.

“Have you heard of Ahmaud Arbery, miss?”

Of course, Jasmine had been following the news of the African American jogger who had been pursued and shot by a white father and son.

“Wait, how have you guys heard about Ahmaud Arbery?”

“Yes,” Jasmine replied, “it is terrible.”

Her students had read all about it online. They couldn’t believe that a man could be killed just for going for a run.

Jasmine arranged a conversation so that they could talk about it in class.

Then on 25 May, news of the killing of another black man in America – this time in the form of a graphic eight-minute 46-second video – reached Jasmine’s classroom.

The same group approached her again.

What happened to George Floyd was so disturbing that it had got them thinking about anti-black influences in their own upbringing, they said.

Awkwardly, they began confessing that their families had talked about black people being of lower intellect, and dangerous. It’s against Chinese culture to go against what your parents believe, but here they were witnessing a seismic global moment.

Jasmine decided to incorporate this question into a lesson, this time with a reading of Oscar Wilde’s The Importance of Being Earnest.

So moved was one pupil with that message that he went home to write a poem about George Floyd.

“The young generation is not going to stand for this,” he wrote. “The revolution starts with us.”

Jasmine admits that watching the Black Lives Matter movement over the past few weeks has been taxing. She struggles to sleep. She thinks about how the world will look after this. She wonders how her pupils will process it all.

And then she looks at her daughters, now six and 10, who switch between Mandarin and English, truly global citizens with the world at their feet.

“They argue about who is going to be the first female African American president,” Jasmine says with a smile.

The daughters of the woman from Picayune, the city “of no value”, who know their own.

James Smith has never wanted much to do with the police but he called them to check on his neighbour in the Texas city of Fort Worth, because it was late at night and her front door was wide open. Soon afterwards he heard a gunshot, and later saw the dead body of a 28-year-old woman, his neighbour’s daughter, carried out on a stretcher.

‘Why I will no longer call the police’

?LIVE: How to Grow LOTS of Basil-3 Tips for an Endless Supply, Q & A

Tucker on Biden: His poll numbers rely on voters not hearing him speak

Teaching America’s past with a common goal

Michelle Obama LIES At Convention – It’s Time To Expose Her

Happy Black Out Day Everyone

How to Cook Perfect Hard (or Soft) Boiled Eggs

Trump To Chris Wallace: I May Or May Not Accept The Election Results, It Depends