is one of the most lucrative but unflashy companies in Silicon Valley, a provider of business software and consulting services. Now, it is poised to become the U.S. partner for TikTok, the smash Chinese social-media app that has become a staple on the smartphones of millions of American teenagers.

The emergence of this oddball alliance is the latest twist in six weeks of negotiations that bear little resemblance to regular deal talks, driven by U.S.-China tensions, commercial rivalries and President Trump’s personal interventions.

TikTok parent ByteDance Ltd. confirmed on Monday it had submitted a proposal to the U.S. government that the Beijing company says would solve the Trump administration’s longstanding security concerns about a Chinese-owned app possessing the data on American users.

Details were scant, and many people close to the deal cautioned that much still needed to be decided and that it could still unravel.

The talks took multiple unexpected turns, and at various times drew in some of the biggest names in global business, including

Oracle isn’t believed to be getting a majority stake in TikTok, according to people familiar with the matter, despite Mr. Trump’s demand that it get sold. Instead, ByteDance’s plan involves a series of moves to address the national-security issues without having to either sell the U.S. operations outright or surrender the prized algorithms that power the app and make it so compelling to users, the people said. Some of the people also said Oracle would have access to view the algorithm’s source code and how it works.

Among other things, the ByteDance proposal will involve expanding TikTok’s U.S. offices to become the global headquarters and having Oracle certify the security of the app’s data, the people said.


a rival bidder with Walmart as a partner, said one person familiar with the talks. The U.S. investment firms Sequoia Capital and General Atlantic, which are existing investors in ByteDance, went in search of a tech company with close ties to the administration and settled on Oracle, the person said.

Oracle co-founder Larry Ellison hosted a fundraiser for Mr. Trump this year at his house, and Chief Executive Safra Catz also worked on the executive committee for the Trump transition team in 2016.

For Oracle, the arrangement could give a jolt to its efforts to transform its database business into a major player in cloud computing, one of the most dynamic areas in tech.

President Trump’s threat to ban TikTok triggered the corporate race to save it, and he will be the ultimate decider. He has the authority to overrule any recommendation made to him by the U.S. Committee on Foreign Investment in the U.S. that oversees cross-border deals, although it is unusual for a president to weigh in. After weeks of saying he would accept only an outright sale of TikTok’s U.S. operations to an American company, Mr. Trump must weigh the political calculus of accepting a deal that appears to be something less than that, or banning an app that is hugely popular. 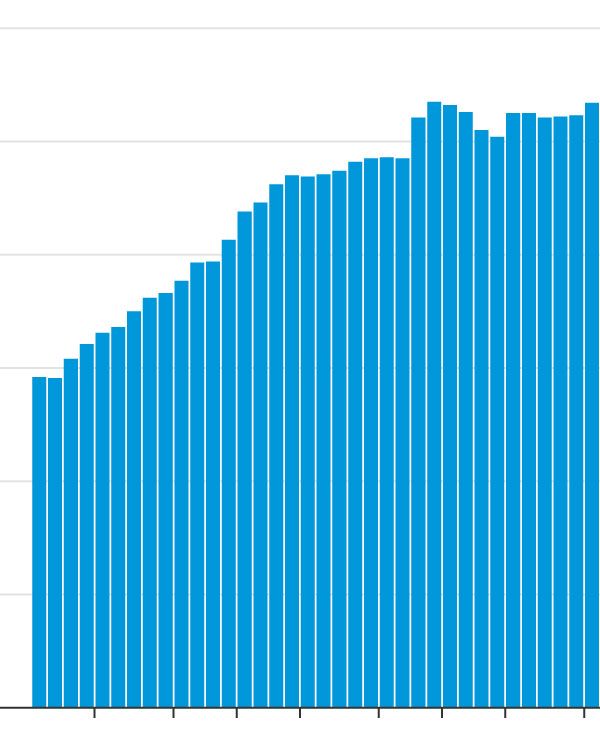 A person familiar with the matter said that TikTok would commit to adding 25,000 jobs in the U.S. It isn’t clear whether that would be one way of meeting Mr. Trump’s other unusual demand for the sale—that it result in a sizable payment to the U.S. Treasury.

ByteDance is confident the steps it is taking will adequately meet the U.S. requests.

“Trump wanted a big secure American company,” said one person familiar with ByteDance’s thinking. “We got that.”

Microsoft, Oracle’s chief rival in the bidding, believed any deal that didn’t involve transfer of the algorithms would fall short of the U.S. government’s demand, according to some people familiar with the company’s thinking, as did some cybersecurity experts. The person familiar with ByteDance’s thinking said Microsoft at various times appeared content with structures that wouldn’t require transfer of the algorithms.

Oracle’s Mr. Ellison and Ms. Catz have been vocal about their concerns about China, and have repeatedly raised the issue with members of the administration even before the TikTok drama ensued, said one person familiar with the matter.

Sequoia Capital used its own connections to push the administration to allow TikTok to continue operating in the U.S., say people familiar with the discussions. Doug Leone, the firm’s global managing partner who took a lead role lobbying on TikTok’s behalf, has donated tens of thousands of dollars to Republican candidates this election season along with his wife, including to the president’s re-election campaign. Mr. Leone also held a reception at his Silicon Valley home for Secretary of State Mike Pompeo in January.

Ms. Catz’s relationship to Mr. Trump could give Oracle a leg up in getting the deal approved, according to people in contact with the White House. Oracle has worked for decades with the U.S. government, including multiple contracts with the national-security establishment.

A divide remains in the White House between the China hawks who believe Mr. Trump should follow through on his threat to ban the app and those who favor a deal.

Treasury Secretary Steven Mnuchin is seen as the leader of the latter camp, according to the people in contact with the White House, and Sen. Lindsey Graham and others likewise have made the case that banning TikTok would backfire politically among young conservatives.

Mr. Mnuchin and senior staffers at the Commerce Department worked to bring Commerce Secretary Wilbur Ross on board. Messrs. Mnuchin and Ross decided to pursue the Oracle option during a call on Friday, said a person familiar with the matter.

In a statement on Monday, Oracle confirmed that it was part of the ByteDance proposal and noted that it “has a 40-year track record providing secure, highly performant technology solutions.”

Which company would be the best U.S. partner for TikTok? Join the conversation below.

Mr. Trump hasn’t played a central role in the internal discussions about TikTok, a person familiar with the matter said, adding that the issue isn’t among his biggest priorities during the re-election campaign. The president, the person said, has at times expressed skepticism that bringing in a new company to oversee TikTok’s U.S. operations would adequately address the administration’s national-security concerns.

Mr. Trump on July 31 said he planned to block TikTok’s platform from operating in the U.S., then issued an executive order doing so one week later. “As far as TikTok is concerned, we’re banning them from the United States,” he told reporters.

Mr. Trump signed a presidential order Aug. 14 that set a 90-day deadline for any transaction to be completed. That order, issued in conjunction with another one for the Chinese social-media app

would bar Americans from downloading the apps on their smartphones, and is seen as politically perilous due to the popularity of the TikTok app.

“We’ll see what happens. It’ll either be closed up or they’ll sell it,” Mr. Trump said on Sept. 10. “So we’ll either close up TikTok in this country for security reasons, or it’ll be sold.”

For weeks it appeared Microsoft was in the lead on negotiations, and it appeared to be close to a deal in late August. The dynamic changed when the Chinese government said it would require approval for any transfer of Chinese intellectual property, which was believed to cover TikTok’s algorithms.

That was a blow to Microsoft, which wanted to use the algorithms to push further into social media, gaming and video. Once Beijing got involved, that strengthened Oracle’s hand, because the company is interested primarily in winning TikTok as a customer for its cloud business, said the person familiar with the talks, where businesses rent space on someone else’s servers.

Working with TikTok would burnish Oracle’s cloud credentials, in part because the video-heavy nature of the app makes it an especially demanding user, said Ray Wang, founder of the Silicon Valley-based advisory firm Constellation Research Inc.

“Oracle is showing it can run the toughest workloads in the public cloud, and that’s what it’s going after,” said Mr. Wang. “Video requires a stable and massively elastic cloud.”


and Microsoft. It mainly provides business customers software to help run their business.

The cloud has become more important to Oracle because customers favor renting server time and software and cutting back on the kind of spending on in-house technology that, for decades, underpinned sales for the company.

Amazon popularized the cloud-computing model and is the leader in so-called public-cloud infrastructure, with 45% market share, ahead of Microsoft, with around 18%, according to research firm

which doesn’t count Oracle in its top-five vendors. Oracle was slow to embrace the cloud as it tried to protect its legacy business.

To Jefferies analyst Brent Hill, the deal with TikTok shows the pressure Oracle is under. “Oracle is begging for a cloud win,” he said. “Microsoft, Amazon and Google are taking massive share away from them.”

Snagging the TikTok business helps legitimize Oracle’s cloud, said Ed Anderson, an analyst at Gartner. “It’s encouraging to see Oracle aggressively pursuing the cloud.” Still, he said, the company is unlikely to catch the lead Amazon and Microsoft have built.

Write to Georgia Wells at Georgia.Wells@wsj.com, Aaron Tilley at aaron.tilley@wsj.com and John McKinnon at john.mckinnon@wsj.com

Appeared in the September 15, 2020, print edition as ‘Oracle Takes Lead in Contest For Access to TikTok Riches.’

Can an Employer Require You to Get a Covid-19 Vaccine?

TikTok's Zero Hour: Haggling With Trump, Doubts in China and a Deal in Limbo

Huang's Law Is the New Moore's Law, and Explains Why Nvidia Wants Arm

U.S. Warns Iraq It Is Preparing to Shut Down Baghdad Embassy