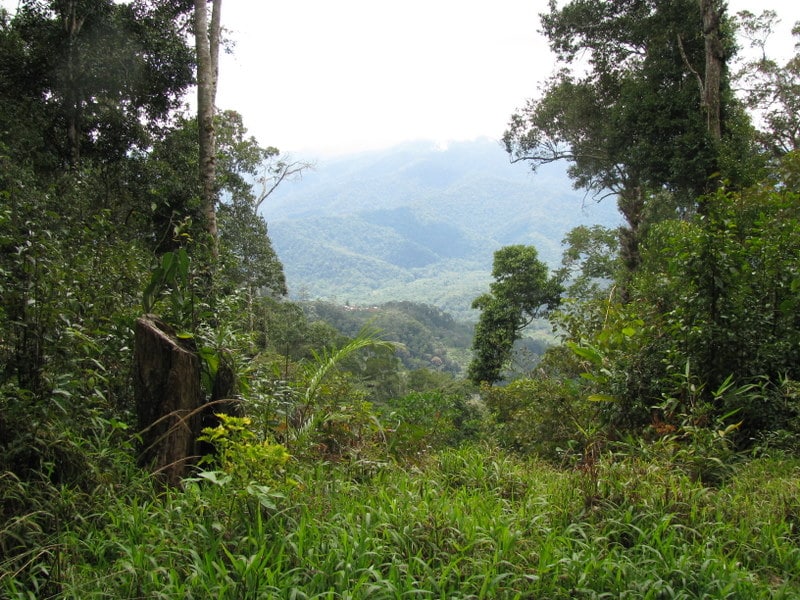 Jack Wilde woke up covered in blood. The gore gushed down his leg. His head pounded.

The second lieutenant had been hunched over in the cramped tail section of the B-25, so he didn’t really know what had happened.

World War II has become known as “The Last Good War,” the subject of countless movies, books and documentaries over the decades. And yet, 75 years after V-J Day, there are still stories of wartime courage and daring that haven’t been publicly told. This is one of them.

Jack Wilde had found himself flying over the New Guinea jungle in January 1945 because his infantry division was part of the Allied forces leapfrogging across the Dutch East Indies toward Japan.

Intelligence had come in indicating that Japanese detachments were working their way toward the U.S. base at Sansapor, so commanders ordered an aerial reconnaissance to determine where exactly the enemy was.

Wilde, who was raised in Everett, Wash., and Oakland, Calif., had arrived at the airstrip unarmed that morning, figuring a weapon would only make the plane’s tight space even less comfortable. But as he headed for the B-25 along with the six other officers involved in the mission, he changed his mind. He turned to Lt. Tom Coghlan, who was seeing the group off.

Coghlan handed over the gun and shoulder holster.

The plane had been in the air only about five minutes — flying low in a river canyon — when it made the rapid, steep ascent. A moment later the plane shook, throwing Wilde forward. The last thing he remembered was the Plexiglass over the tail gun shattering.

When Wilde regained consciousness, he realized he had a smattering of cuts on his face, but the real problem was his right leg. There were two deep punctures behind the kneecap, with blood pouring out. He tried to move the leg, sending a blast of pain shuddering through his body.

He climbed out of the mangled B-25 Mitchell and surveyed it. A wing was gone. The nose had been smashed into a disk. One of the engines sat on the ground nearby, still buzzing.

He found the other men in the wreckage. All dead.

The 22-year-old lieutenant didn’t have time to wonder how in the world he had managed to survive the crash. He didn’t even have time to be afraid. But the horrible scene would stay with him the rest of his life.

“He really didn’t want anything to do with planes again,” says his son, David, a longtime Oregon political consultant and community organizer.

Turning away from the smoking debris that day, Lt. Jack Wilde took stock. He had on him 10 cigarettes, a lighter — and that .45 automatic, with seven rounds of ammunition.

That would have to be enough. He had to get moving. He figured that, with the noise the B-25 made while going down, any Japanese soldiers in the vicinity would be heading toward the area.

He was confident he could stay alive in the New Guinea jungle. He’d seen proof that it was possible. He’d recently been at a small, temporary outpost in the interior of the large island when a lanky European emerged from the trees. The man, carrying a submachine gun, was a sergeant in the Royal Netherlands Army, the Dutch queen’s local representative.

The sergeant, he learned, traveled from village to village, informing the island’s native inhabitants that “the Japs were only temporary, and that the queen still ruled.” The man had been on his own in New Guinea for three years. After about an hour, the Dutchman bummed a carton of cigarettes from the Yanks and disappeared back into the trees.

Now there is devotion to duty, Wilde remembered thinking.

The American lieutenant now oriented himself in the jungle as best he could and headed off. At first his damaged leg was so bad he had to drag himself on his belly. He guessed he was just a couple of miles from his base and could make it back in a day, he’d later tell an Army combat correspondent. He was actually about 10 miles west of his destination.

The first night he found a big rock to hide behind. Rain poured down relentlessly through the darkness. His leg throbbed; he could feel blood still bubbling out of the wound. For the first time, the thought crossed his mind that he might die.

He didn’t know it, but a Western Union telegram soon would go out to his parents back home, stating: “your son Second Lieutenant John M Wilde has been reported missing since twenty seven January in New Guinea. If further details or other information are received you will be promptly notified.”

On his second day in the jungle, Wilde sensed the enemy was close.

He peeked over a hilltop: Sure enough, a murder of Japanese soldiers poked through the brush just yards away.

“That was the end of my expeditions to the ridge line,” he said in a 1995 recollection recorded by his children.

But what could he do? His wrecked leg meant a fast getaway wasn’t possible. Taking on those Japanese soldiers also wasn’t an encouraging option. He had only the .45, and he knew from experience how relentlessly the enemy fought.

Wilde’s son David would learn through his own research that the island battles in which his father participated “saw the most brutal hand-to-hand combat in all of World War II.” His father brought back with him a ceremonial flag that a Japanese soldier had carried folded on his body. It had a bloody bayonet hole in the middle of it.

On his third day in the New Guinea jungle, Lt. Jack Wilde came upon a river that offered a series of violent waterfalls and rapids, with sheer cliffs on both sides rising between 50- and 100-feet high.

He sure liked the idea of letting that river carry him along, but he recognized that it was a foolish thought.

“I knew that in my condition I wasn’t able to survive that waterfall and what was going on in that river, because it was going down the mountainside at a hell of a clip,” he recalled.

But he also knew that walking wasn’t working out. When he came upon a large piece of balsa wood, he found himself thinking, “If that thing would float, I could just hang on and ride that waterfall out.”

He didn’t let himself consider it too hard: he jumped in the water, holding the balsa wood tight. Over the falls he went.

In the pool below the waterfall, the buoyant block of wood pulled him to the surface. He gasped for air, elated.

“That piece of wood and I were friends for two days,” he said.

There was just one problem: he was sometimes riding the rapids right past the enemy along the banks.

So when he saw that he was coming up on open areas where soldiers might be, he would slow down his progress, “find a brushy part and crawl out like an alligator and observe everything from a camouflage position and then sneak my way through the brush to the next place where I had to swim.”

He managed to avoid the Japanese, but more challenges remained. This included the fruitless search for food — and an encounter with a large wild boar that appeared intent on attack.

“I couldn’t shoot him, of course, because that would give me away,” he said. “Finally, I resorted to animal behavior, baring my teeth and like that.”

Finally, after five full days in the jungle with nothing to eat, Wilde reached the mouth of the river — and found, “to my absolute horror,” a series of sturdy Japanese pillboxes blocking the crossing he needed to make.

“Well, there are times in life when you just have to accept that things are not the way you want them,” he said when relating his adventure 50 years later. “So I pulled back the slide on the automatic and made sure there was a shell in the chamber and took it off safe and put it in my right hand and thought to myself, ‘Well, fellas, here we come.’”

He eased his way along the fortifications and peeked in, one by one. He breathed: the pillboxes had been abandoned. But his relief didn’t last long. After he crossed the river and began to push through the brush, he spotted soldiers moving carefully along the edge of the beach.

His luck once again held. As he headed toward the men, staying low, he realized it wasn’t the enemy. It was a patrol from his 167th infantry.

He moved onto the beach, took off his hat and started waving it. He now realized he was going to survive this ordeal. That he might have a long life after all. And he did: He’d come home from the war with a Bronze Star and a Purple Heart, get married and divorced, raise two sons, build a career in Washington’s timber industry, play the saxophone in local quartets on the side. He died in 2011 at 89.

But that would all come later, in the limitless future. Right now, there was the joy of the moment.

Wilde’s fellow soldiers carried him to a forward outpost, and from there they sent him by boat to the main base.

“When I came ashore, who was standing there but Lt. Coghlan,” Wilde said. “I handed him his pistol and holster and said, ‘Thank you.’”

He hadn’t needed to use it, he pointed out, but “I was sure glad I had it.”

In a letter home a few days later, Jack Wilde wrote that the base doctors “seem to think it remarkable that I could walk out — but I was damn hungry.”

China warns it may detain US citizens over scholar probes: WSJ

CAL-EXODUS: Hollywood and LA Elitists Run for the Hills to Escape Looters, Drug Addicts and the Homeless

Twitter was down. Whatever they claim the reason is will be a lie. It’s Hunter Biden. Period.

Joy Villa on arguing with the left, common ground, and the potential for uniting

PA bakery makes candidate-specific cookies whose sales have predicted the presidential winner in the past 3 elections: ‘Clear trend in this year’s race’ …

PURE EVIL: Churches Torched and Razed to the Ground During Anti-Government Riots in Chile

BEST OF THE WEB: Google & Oracle to monitor Americans who get Warp Speed's Covid-19 vaccine for up to TWO years

As China Gloats Over Its All-Negative Testing Results, Citizens View Data With Skepticism