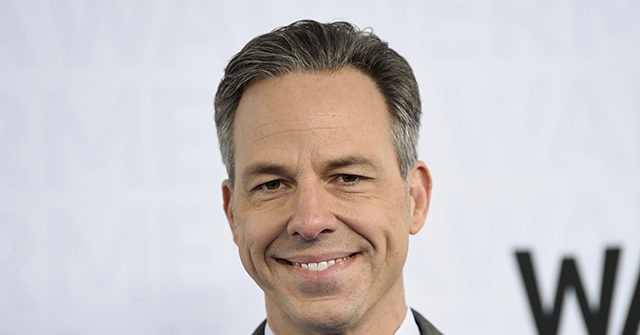 CNN’s Jake Tapper appears to be benefiting from corporate nepotism by scoring a deal with HBO Max to adapt his novel The Hellfire Club for the digital streaming platform. CNN and HBO are both divisions of WarnerMedia, which is owned by AT&T.

Jake Tapper confirmed on Twitter  Thursday that HBO Max is turning his novel The Hellfire Club, a political thriller set during the McCarthy era, into a TV show. While no release date or cast has been announced, the novel is being adapted by Mark L. Smith, who co-wrote the screenplay to The Revenant, according to a report from Deadline.

Tapper is serving as executive producer on the project. HBO Max is set to launch May 27. The streaming service, which will cost $15 a month, will feature original content as well as HBO programming and movies and TV shows from WarnerMedia’s vast library.

So for folks who have read it … how would you cast it? Who would play Charlie? Margaret? Isaiah Street? Joe McCarthy? Roy Cohn? https://t.co/NsJcNAc1vh

Published in 2018, The Hellfire Club tells the story of freshman congressman Charlie Marder who comes to Washington, D.C., following the death of his predecessor in the midst of the Red Scare. Marder and his wife, Margaret, soon find themselves plunged into the shady world of D.C. politics after a fatal accident.

Tapper has been a frequent antagonist of President Donald Trump, both on-air and on social media. During the current coronavirus pandemic, the CNN host has sparred with the president on Twitter over the White House’s response to the Chinese virus.

In a recent installment of State of the Union, Tapper accused President Trump of using his daily coronavirus press briefings to launch attacks on journalists.  “The president continually responds to urgent questions from the media about the coronavirus pandemic by attacking the journalists asking the questions, no matter how relevant or vital,” Tapper said.

Like much of CNN, Tapper has been plagued by low viewership. The low-rated network  failed to place one show in the top 20 during the first quarter of this year. The Lead is CNN’s most-watched show but it still ranks No. 22 overall, lagging behind 14 Fox News and seven MSNBC shows.

Rob Reiner: 'I Call on Bush, Obama…to Stop This Insanity and Save Human Life'

‘Duck Dynasty’ star Willie Robertson’s family is praising God after being targeted in a drive-by shooting. They had just gone inside minutes before.

China Predicts Box Office Will Plummet By $4.2 Billion Due to Cinema Closures

I Believe in You Guys