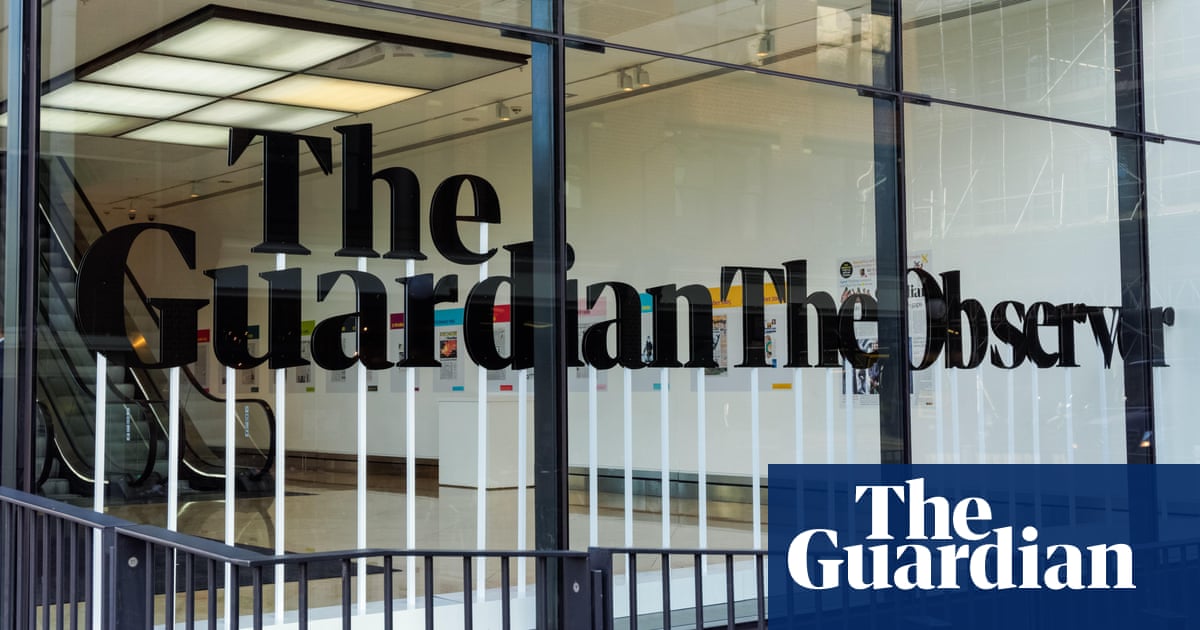 The Guardian has recorded a substantial increase in the number of readers providing financial support to it over the last year, although the coronavirus pandemic has led to warnings that tough times are ahead for the business.

There were 821,000 readers making regular monthly contributions at the end of March, up a quarter over the last year, driven by new subscribers to the company’s apps and continuing financial contributions from readers.

Guardian Media Group’s preliminary financial results, unveiled to staff on Wednesday, led the company to state that it “achieved its goal of financial sustainability for a second consecutive year”.

This means its cash requirements can be covered by the expected long-term annual returns of £25-30m produced by the Scott Trust, the not-for-profit organisation that ultimately owns the Guardian and Observer.

Full accounts are due to be released in July and the company said the main focus was on keeping the wider Guardian Media Group business sustainable.

Katharine Viner, the Guardian News & Media editor-in-chief, said: “Over the last 12 months the Guardian has provided independent, fact-based journalism to unprecedented numbers of readers. Readership and financial support from readers have grown at record rates during the past two months of the coronavirus.

“While the future is tough for news organisations, we are very grateful to Guardian readers around the world, who are helping us to ensure that high-quality news is accessible to everyone, not just those who can afford it.”

The new figures only cover the financial year to the end of March, meaning they largely cover a period before the imposition of coronavirus lockdowns that have caused the global advertising market to collapse. Since then, the company has taken measures to reduce costs by at least £10m and furloughed some non-editorial staff, while conducting a review of parts of the business that has led to senior executives taking pay cuts.

The Guardian Media Group’s chief executive, Annette Thomas, said: “The appetite for trusted, authoritative news and information has never been larger, but news media organisations face huge challenges: widespread disruption in the advertising sector, structural decline in print sales and rapidly changing habits of news consumption. Like others, the Guardian will face significant financial challenges over the next 12 months as a result of coronavirus.”

The Guardian’s reporting on the coronavirus pandemic has attracted record online traffic, with a University of Oxford study this week suggesting it is the most trusted UK newspaper for reporting on Covid-19. The weak state of the online advertising market has meant that increased audiences have not translated into financial returns, although it has led to a further surge in contributions from readers.

GMG said that when one-off donations were included, at least 1.16 million people around the world financially supported the Guardian in some way during the last financial year, in addition to the British readers who support it by buying the Guardian and Observer print editions.

Coronavirus live news: Trump claims to have evidence virus started in Wuhan lab as UK is 'past the peak'

Stuntmen, Rolling Stones and Capt Tom at No1: the week's most uplifting clips – video