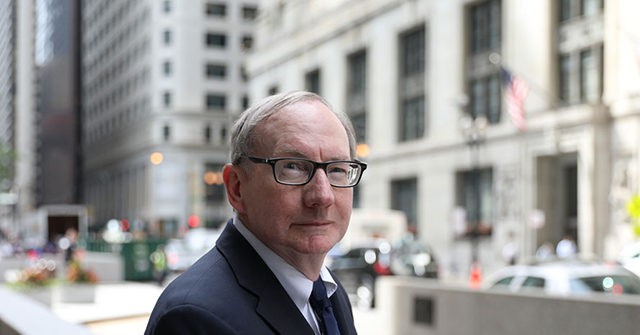 Campaign finance records show that from July 1 to September 30, O’Brien has brought in $401,851 to the George Soros-supported Foxx’s $232,786. O’Brien’s filing reveals that he raised $134,000 in donations in addition to the $75,000 he put into the coffers himself, the Chicago Tribune reported.

To date, the former Cook County Circuit Court judge and assistant Cook County state’s attorney has added $100,000 of his own cash to his campaign.

Still, the most interesting aspect of the financials is that O’Brien has consistently outraised Foxx even though Foxx is an official member of the Democrat establishment in the deep blue City of Chicago.

Kim Foxx has become notorious for her shoddy handling of the Jussie Smollett hate crime hoax case, for which she was scolded by a special investigator. She has also angered the Chicago Police and residents interested in law and order for refusing to prosecute many of the looters and rioters from the summer attacks on the Windy City, not to mention dropping the cases against thousands of suspects charged with felonies.

O’Brien insisted that his haul of donations shows that residents of Cook are tired of Foxx dropping the ball.

“Last quarter, my campaign raised over $400,000. Incumbent Kim Foxx raised $165,000 less than my campaign,” O’Brien said. “Cook County residents have seen firsthand how Kim Foxx has failed to protect our families, victims of crime, and neighborhoods. I look forward to a spirited final stretch in this campaign. I once again implore Kim Foxx to be transparent and give Cook County residents the debates they have been asking for.”

Trump Campaign Adviser Miller: Biden Will Be Pressed on Hunter's Dealings at Debate

Farage on London Church Attack: 'We Are a Christian Country and Our Culture Is Under Assault'

Donald Trump: Anthony Fauci a 'Democrat' and 'Friend' of the Cuomos

How to Protect Your Children From Indoctrination

What Could Go Wrong? Plenty

The New York Times’ bombshell report on the president’s taxes: How did they get it and why did they run it?

Merkel Warns on Pandemic: 'Difficult Months Are Ahead of Us'

Morris P. Fiorina: Why 'Electoral Chaos' Is Here To Stay