Today gold and silver are pulling back after a massive surge, but here is the good news.

Silver Taking A Breather At Good Resistance Levels
July 28 (King World News) – Top Citi analyst Tom Fitzpatrick:  Silver accelerated higher after the bullish weekly close last week above $21.14-$21.34. The speed of the move sent it to the next strong resistance area at $26.18-$26.49 (The break down area in April 2013) in little more than one trading day.

Silver Bounces Off $26 Resistance, Remains Bullish.
After Consolidation Look For $28, Then $50 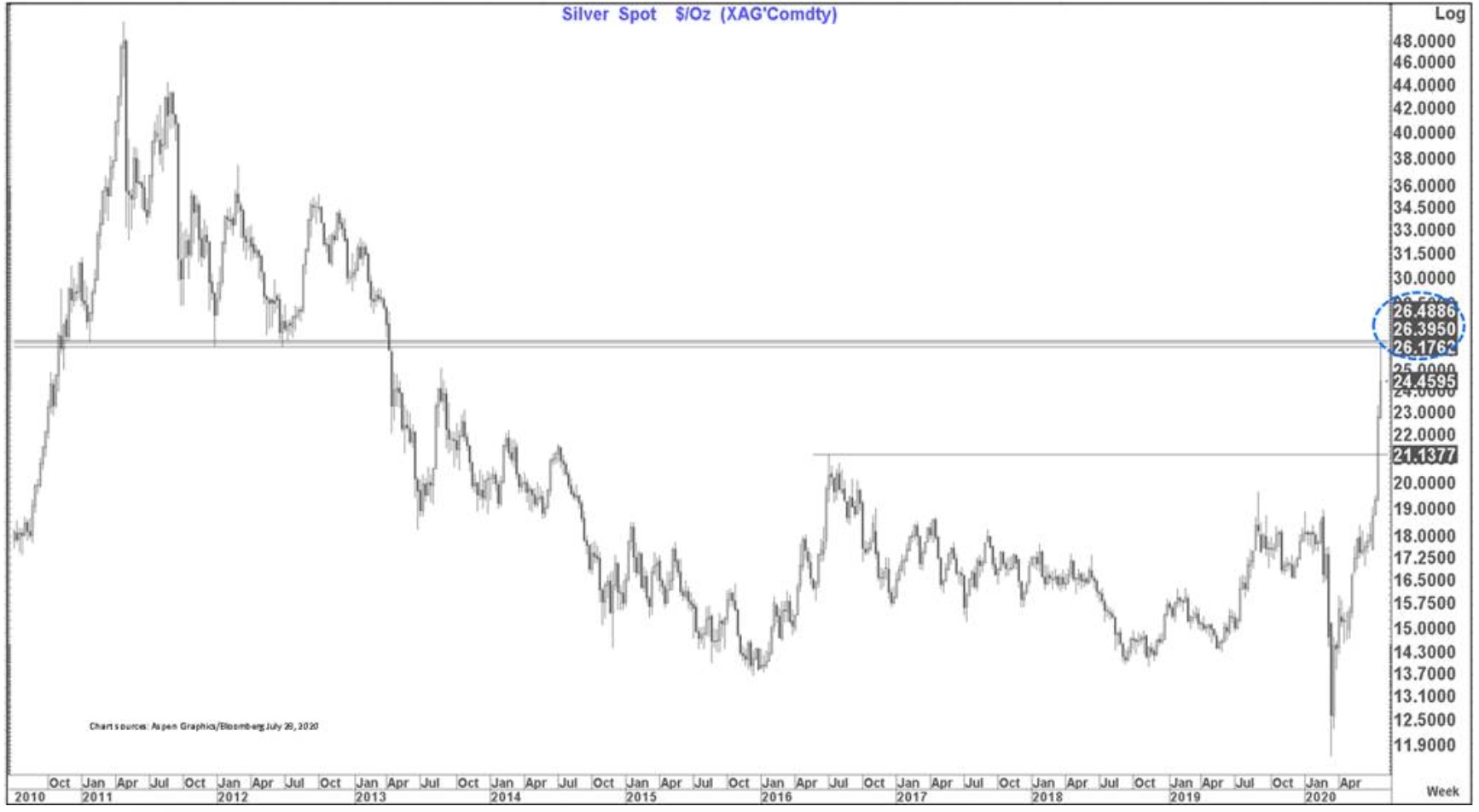 Overall the underlying bullish view remains intact with an interim $28 target and possibly as high as the $50 area over time. For now a period of consolidation/correction would not be surprising after such an impulsive move.

Legend Pierre Lassonde gave an an incredibly powerful interview to King World News discussing where the gold market, gold industry, and mining stocks are headed, and what he had to say will surprise a lot of people around the world. To find out why legend Pierre Lassonde says the upside on gold is unlimited and much more click here or on the image below.

© 2020 by King World News®. All Rights Reserved. This material may not be published, broadcast, rewritten, or redistributed.  However, linking directly to the articles is permitted and encouraged.

Seoul to launch investigation into allegations against late mayor

‘It’s largely gonna go to waste and it distorts the market’: Billionaire investor Chamath Palihapitiya blasts the Fed and Treasury for spending billions to help companies instead of consumers

The Atlanta Mayor Almost Gets It Right, but Doesn’t

Ocasio-Cortez: ‘Latinos Are Black… We Run An Entire Racial Spectrum’

When No Help Is Coming After A Disaster

Live: RNC set to kick off in Charlotte

Trump Orders Federal Agents To Round Up All Murder Hornets, Release In Portland

What to know about ‘Bunny Ebola,’ the rabbit virus sweeping the Southwest US

A Layman’s Guide To The Oil Crash

Traps put out across America…

V for Vendetta – Does it Suck? Watch Party & Commentary