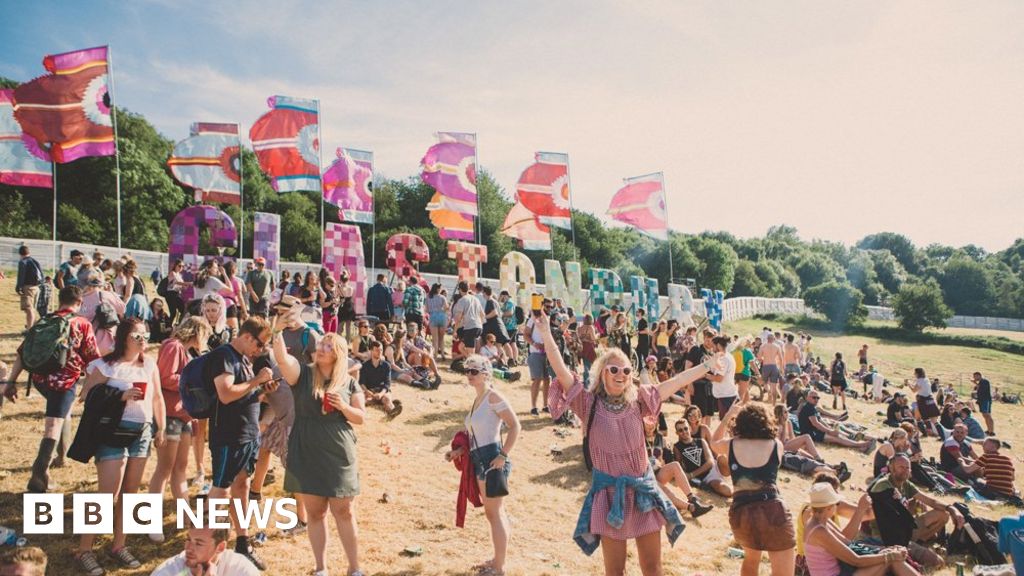 With Glastonbury Festival cancelled this year because of coronavirus, photographer Emma Stoner collected festival-goers’ photographs and their memories from the past 50 years to mark its milestone anniversary.

“In this unprecedented time of limited gatherings and isolation, it feels like a poignant moment to reflect the history of this iconic festival,” she said.

“It is a place where people meet and come together, memories are made, communities are formed. Children grow up through the festival, others are born there. People meet their spouse for the first time, others break up over that weekend.

“We can chart our own social history, the political landscape, music and fashions of the day.

“As each decade rolls into the next, it develops its own unique character but there is something so universal about the experiences that we have all shared in this one special place.”

Here we present some of the pictures Emma Stoner has collected along with the thoughts of those who were there.

“I was at the first festival in Pilton with Michale, my ex-husband, who sadly passed away earlier this year.

“All I can remember is that it rained right up to the day that it started; we were there to help set it up so didn’t have to pay £1 entrance fee.

“It was held in two fields, not a lot of people came; there was a St John’s Ambulance, an ice cream van and the sound system was rubbish.”

“Coming from Glastonbury myself, it was quite an eye-opener. I’d never seen anything like this before – it was quite a revelation being there.

“The highlights that stuck in my memory: calm, peace and friendship, but they were all strangers. Naked dancing was a bit strange. Totally different from nowadays.”

“This photo was taken by my good friend Anita Hambrook and shows us waiting for The Smiths to enter main stage, 1984.

“Her then boyfriend Paul is lying next to me, worse for wear – he joined in the stage invasion which meant The Smiths ended their set earlier than normal.

“Glastonbury was still pretty small then and with no security. Everything was all pretty gentle and everybody looked after each other.

“It was the year of the miners’ strike and I remember a lot of ‘coal not dole’ stickers all over the place, which was great to see.”

“All packed in the car, my friends and daughters climbed in and off we set on the road back to Brecon, Wales.

“As we were edging with other festival-goers along the country lanes of Pilton, Somerset, suddenly we were pulled over at a police roadblock. The police made me follow their car to a makeshift police station and asked us all to vacate the car.

“They were accusing us of drug dealing.

“We were at the station for hours and hours while they stripped the car to bits, my daughters (10 and eight years old) were in tears because they thought their father was going to be taken away, which resulted in us all being distressed, as well as hungry and tired.

“Come early evening they realised they had the wrong people and sent us on our way.”

“This was my first ever Glastonbury Festival, circa 1989; I’m the grumpy toddler and that’s my mum, Jane.

“It was such a scorcher that she had to put damp pants on my head to keep me cool.”

“My first Glastonbury; I was 24 living in Bristol.

“I had recently met Paddy in Brighton, my first true love, and he was going to Glastonbury Festival and I was going to meet him there.

“We became the most perfect party companions ever.

“Two years ago, I went to see him in his hospital bed for the last time: he had a brain tumour. He died that week.

“I’m always transported back to that exquisite weekend with my first true love.”

“Blagging into the back ballroom at Lost Vagueness, bottles of champagne, staying all night, stone circle sunrise.

“What a superb year that was.”

“This is a photo of me and my oldest friend Clare.

“This is just before my 16th birthday.

“This was the year Michael Jackson died and I remember so clearly being in the Dance Village and the whole festival turning upside down with the news and playing his music.”

“One time I was standing in the Park and a guy with a guitar stood close by looking around and seemingly in discomfort.

“He caught my eye and asked if I would watch his guitar while he went to the loo.

“It was Ed O’Brien, Radiohead guitarist, and he heartily thanked me on his return.

“He asked if I’d like to watch them on stage, so I just followed them up when they went on and ended up with a signed set list.”

“We thought it would be amazing to have some photos of us taken by a photographer in wedding gear around the festival before we got legally married a week later.

“[The photographer] suggested we have a handfasting ceremony on site and put us in touch with some local celebrants who agreed to help us out.

“Quite a crowd had gathered for the ceremony, which we hadn’t expected, and it was quite nerve-wracking being in front of so many people, but we just focused on each other and we soon forgot about everybody watching.

“We were then presented with a hand-written card from Michael Eavis, wishing us the best in our marriage and expressing his happiness that we chose to be handfasted at his festival.

“It was an amazing moment.”

“This photo was taken at the Left Field stage in 2017.

“My daughter Lila and I had just been watching Jeremy Corbyn address the crowd.

“Lila was only two at the time so I didn’t want to expose her to really loud music.

“The rest of the time was spent in the Green Field and Kids Field, exploring small bands and art workshops.”

Rep. Beto O’Rourke: I don’t think we should be selling AR-15s in this country

Should Motorists Run Over Anarchists at Impromptu Roadblocks?

AstraZeneca pens deal worth up to £4.7bn for cancer treatment

Schools should go back in AUGUST and have lessons on Saturdays, campaigners urge

Businessweek Suspends MBA Rankings Due To COVID-19; Will US News Follow Suit? What About Law School Rankings?

SEATTLE POLICE HAVE BEEN DEFUNDED!!