Despite German Chancellor Angela Merkel’s insistence that Germany proceed cautiously with its reopening, only to have the process somewhat abruptly accelerated by German industry, including the operators of the world’s biggest auto plant in Wolfsburg, Germany, the first numbers on the German reopening are in, and the results are more than a little discouraging.

German public health officials have reported an uptick in the average infection rate of the virus within Germany – a rate known as “R-naught” – that cannot be ignored. Before Germany started allowing some more stores to reopen on April 20, officials said that if the R0 rate advanced back above “1”, that some lockdown measures might need to be reimposed. 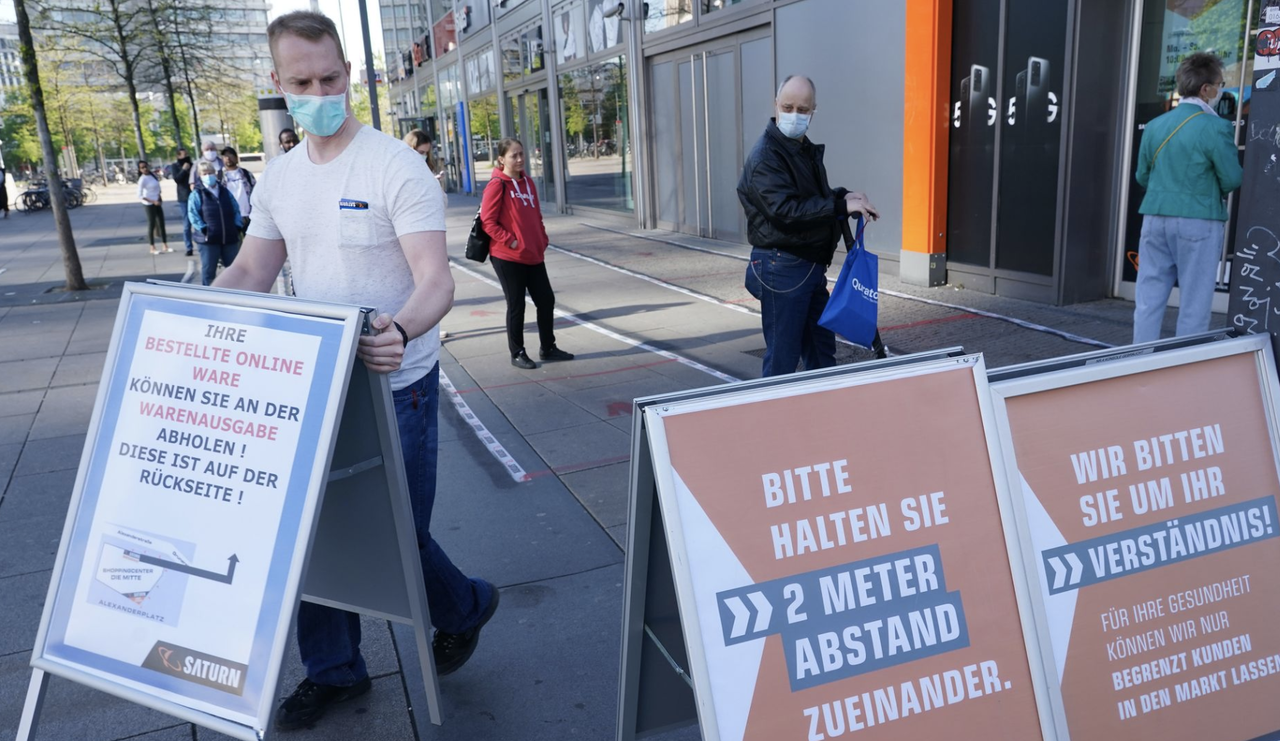 After retreating to a low of 0.7 earlier this month, R0 jumped to 0.96 on Wednesday, according to a report released by the German government. Though officials insisted that it’s still too early to say whether the decision to lift some restrictions is responsible for the uptick, it certainly would be a whole lot more convenient if it had moved the other way.

The number of new cases in Germany increased by 1,018 on Monday, capping off five straight days of decline, before bouncing to 1,144 on Tuesday.

A top disease control expert from Germany’s Robert Koch Institute, a German federal agency charged with overseeing the response, said the reproduction rate is a critical metric for measuring the effectiveness of the rollback, as well as any emerging risks.

Lothar Wieler, head of Germany’s disease control centre the Robert Koch Institute, stressed the importance of the reproduction rate. “The number should stay below one, that is the big goal,” he told a news conference.

“The further it is below one, the more secure we can feel, the more leeway we have, but there are other numbers that are also important,” he said, adding that these included the number of cases per day, and testing capacity.

He urged people to continue complying with social distancing guidelines, wearing masks on public transport and in shops, and staying at home where possible.

“Against the background of the easing (of restrictions), let’s ensure we can continue to defend this success we have achieved together,” he said.

“We don’t want the number of cases to rise again. Let’s, insofar as is possible, stay at home, let’s stick to the reduced contact.”

Education ministers of Germany’s 16 federal states agreed on Tuesday that schools across the country would slowly reopen classes for all ages until the summer holidays, although pupils would have to work and learn in smaller groups.

“There will be no regular classes before the summer holidays,” said Stefanie Hubig, head of the ministerial council for education.

Retailers with floor space of up to 800 sq meters were allowed to reopen last week, along with car and bicycle dealers, and bookstores. All open retailers were required to practice strict social distancing rules, although in retrospect some may not have taken the advice seriously.

Chancellor Angela Merkel will discuss the next steps for the easing of lockdown restrictions in a telephone conference with the state premiers on Thursday. Meanwhile, NY Gov Andrew Cuomo brought up the situation in Germany during his press conference on Wednesday, arguing that the jump in the infection rate had given him pause and was yet another reason why NY must make take an extremely measured approach.

Do You Realize How Much Money Is Being Printed Right Now?

“Corona-Killing” UV Bots Could Be Deployed At Military Bases

Biden falls asleep while Hillary is endorsing him

Was it Ever Really About the Virus?

How To Raise Free Range Chickens

Covid-19: UK government under fire over its handling of care home crisis