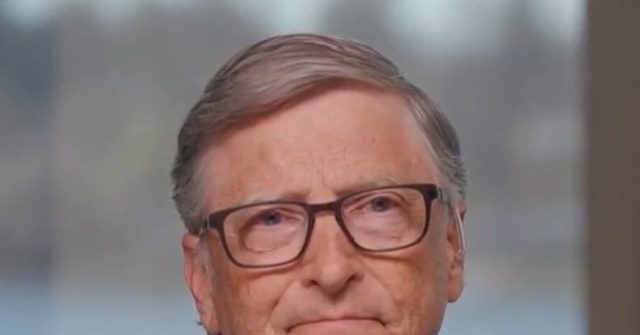 During an interview that aired on Sunday’s broadcast of CNN’s “Fareed Zakaria GPS,”  Microsoft co-founder and co-chair of the Bill & Melinda Gates Foundation Bill Gates argued against a focus on China for allegations it mishandled the early stages of the coronavirus breakout and could have act early to have prevented the global pandemic.

Gates said it was not timely and it was also a “distraction.”

“I don’t think that’s a timely thing because it doesn’t affect how we act today,” Gates said. “You know, China did a lot of things right at the beginning, like any country where a virus first shows up. They can look back and say they missed some things. Some countries did respond very quickly. They get their testing in place and they avoided the incredible economic pain. It’s sad that even the U.S. that you would have expected to do this well did it particularly poorly. But it’s not time to talk about that.”

“This is the time to take the great science we have — the fact we’re in this together, you know, fixed testing, treatments, and get that vaccine and minimize the trillions of dollars and many things you that you can’t even dimensionalize in economic terms that are awful about the situation we’re in,” he continued. “So, that’s a distraction. I think there’s a lot of incorrect and unfair things said, but it’s not even time for that discussion.”

Six seated exercises to keep you limber at your desk

‘That’s A Lot Of Chemicals In The Air’: Neighbors Near Poly-America Fire In Grand Prairie Concerned About What They’re Breathing

From lockdown to police state: The “Great Reset” rolls out

One Man Thought His Wife Died, So He Accidentally Buried Her Alive

Is there a link between thigh size and blood pressure?

76 Kitchen Hacks to Save Time, Get Organized, and Stay Calm

VIDEO – Taco Bell Worker Saves Man Passed Out in Drive-Thru: 'I Was There for a Reason'

The military secret to falling asleep in two minutes